I’ve said this several times and I’m gonna say it again: Having good earbuds is just as important as having an awesome smartphone. There’s a fine line between having cheap earbuds that just allow you to listen to your music, to using good ones that allow you to actually be able to enjoy your music to the fullest. But earbuds don’t necessarily have to be expensive for them to be good, and there are a lot of examples of this. So, if you want some good earbuds that actually give you the most out of your music, then you’ll want to give our list of the very best true wireless earbuds a good, close look.

From options for Android to options for iOS to the best overall, there’s plenty to see here. Read on to know more! 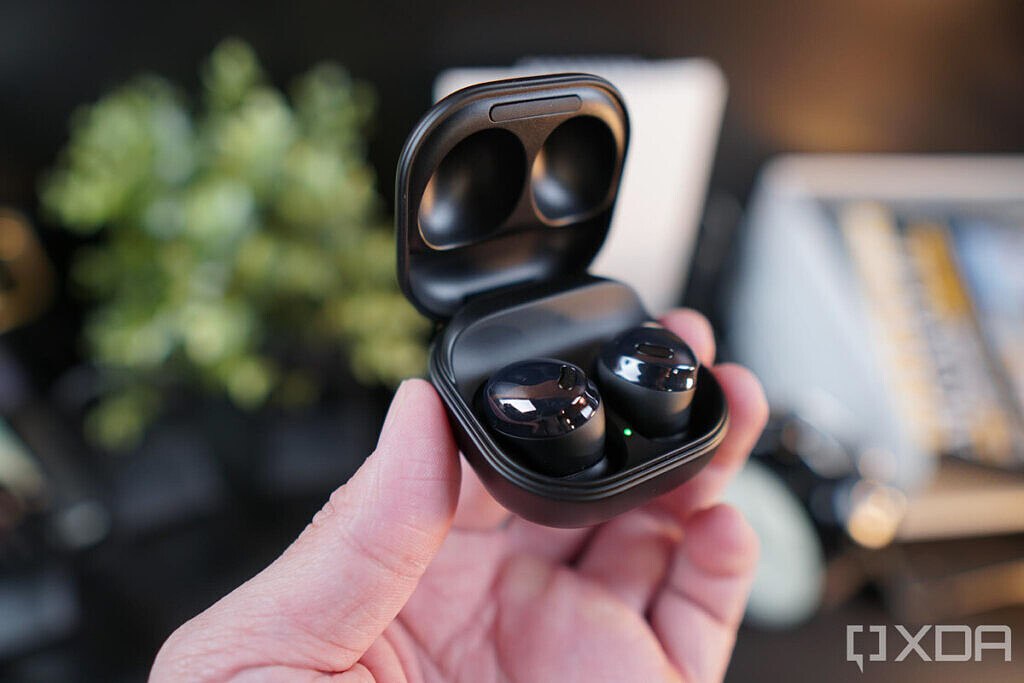 The Samsung Galaxy Buds Pro are Samsung’s latest earbuds, and while the fact that they don’t look like beans anymore makes them way better than their predecessors, there’s way more than meets the eye here. They feature active noise cancellation, AKG-tuned sound for a better listening experience, IPX7 water resistance so you can take them with you to the gym and anywhere you want, and if you own a Samsung phone, then you’re also in for a bunch of additional cool features, some of which resemble the ones that we’ve seen on the AirPods Pro.

With majority consensus amongst our team, the Samsung Galaxy Buds Pro is the best truly wireless earbuds available in the market right now, accessible to the widest net of users. They pack in a great combination of specifications, features, comfort, style, and pricing. And while they aren’t cheap, you do get a premium experience. 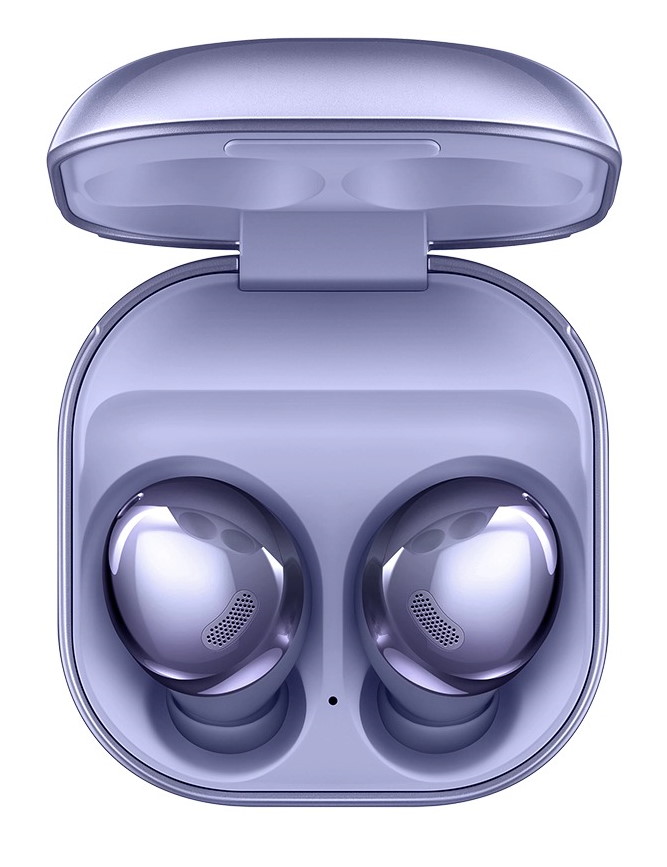 Samsung’s new very best is already out and it’s wild. The Galaxy Buds Pro feature a normal-ish shape with a proper seal as well as ANC and water resistance. 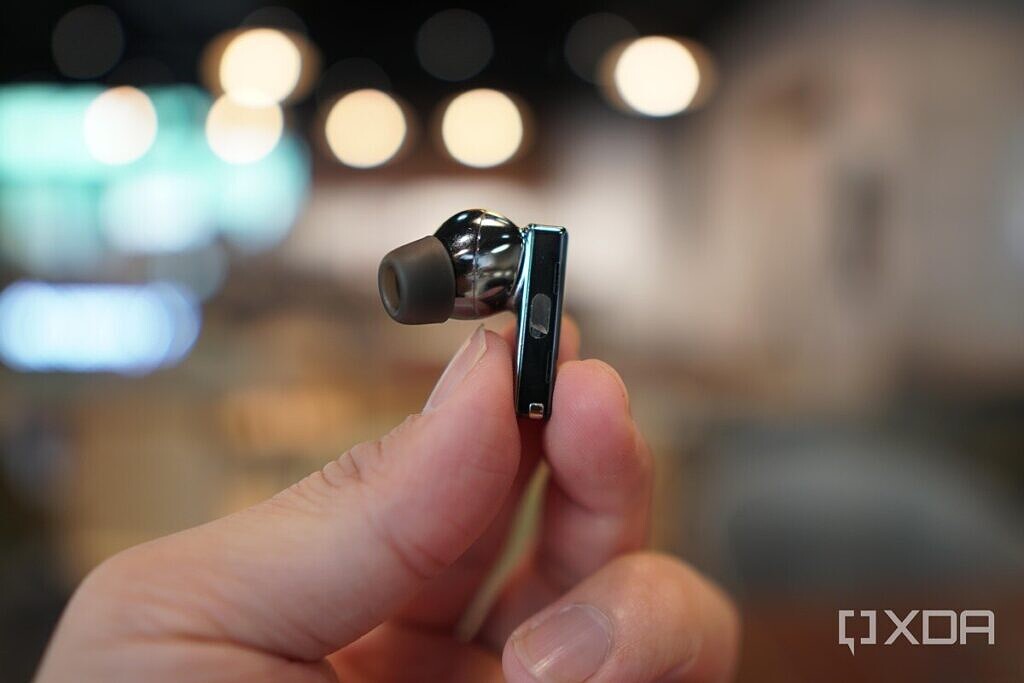 The Huawei FreeBuds Pro come very close to being the best TWS earbuds on the market. But their drawback is their availability, which can be a hindrance to users who want something easier to access and purchase right away. That being said, the Huawei FreeBuds Pro are the best earbuds if you do not care about the stem design. The audio is fantastic, and so is the ANC. Huawei added a lot of features and gesture controls that you can use, and there are other noise cancellation modes such as awareness mode that can be enabled, too.

The FreeBuds Pro are a really great package at a price of €129 in Europe. If you’re looking for a pair of truly wireless earbuds and want to avoid the usual choices, the FreeBuds Pro will definitely surprise you. 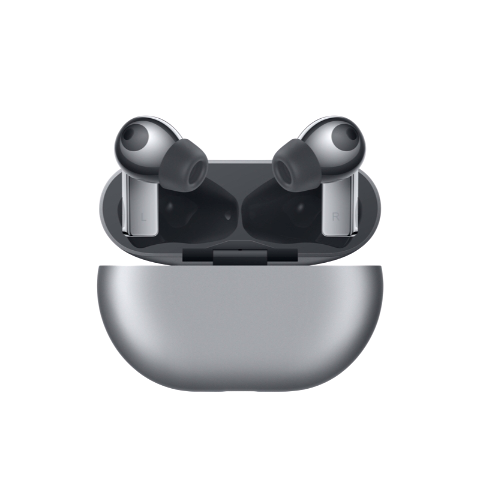 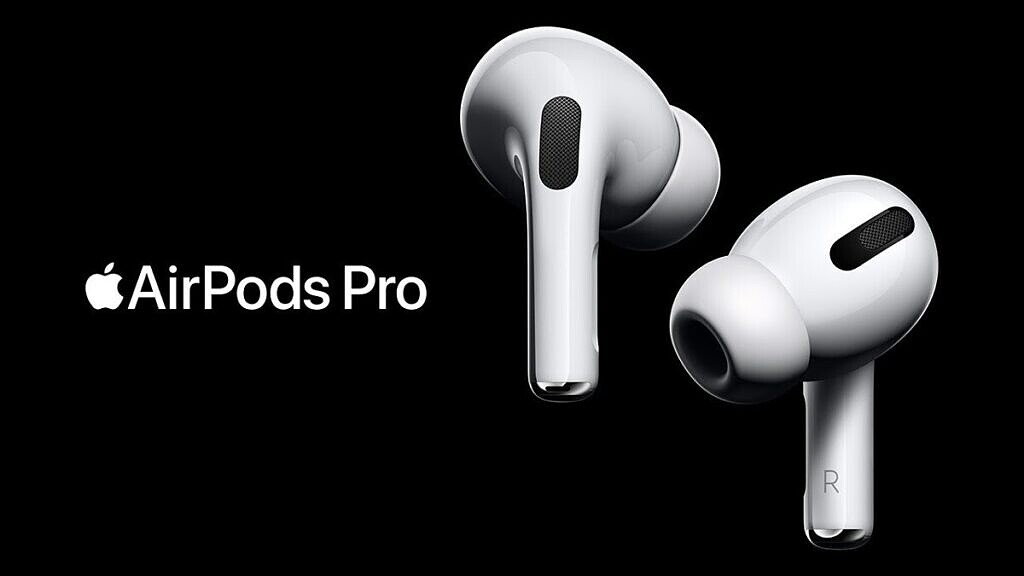 If you’re on iOS, it’s not that you can’t use other third-party options. You definitely can, as the iPhone does have Bluetooth like literally any other smartphone. But let’s be real here: Apple’s in-house options are made to work with your iPhone like a charm, and have features and tweaks that are actually exclusive to iOS. So, unless you’re actually looking for something specific on your earbuds, the AirPods Pro are gonna be the best of the bunch for most people. They have active noise cancellation and, while they are pretty pricey when you pit it against the competition, you just can’t beat the features if you’re on iOS: completely effortless pairing and switching between devices, Siri integration, and more.

They’re also pretty good as regular Bluetooth earbuds and yes, you can use them on Android, but if you’re on iOS, they’re really a no-brainer just for the system integration that comes with them. They’re definitely one of the best true wireless earbuds currently available. 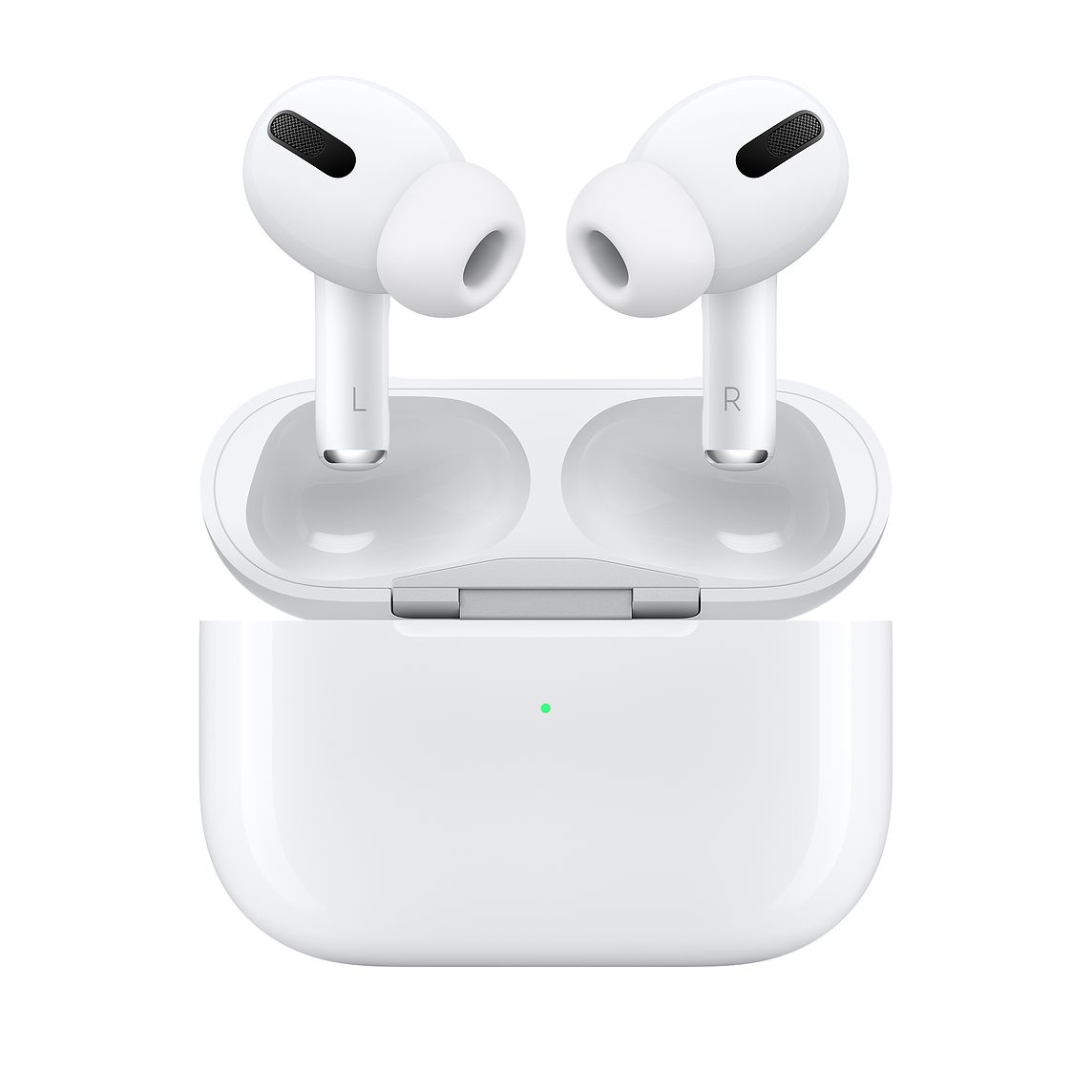 The Apple AirPods Pro are as good as they get right now when it comes to Apple’s in house offerings for iOS devices, but they also have excellent audio and noise cancellation. 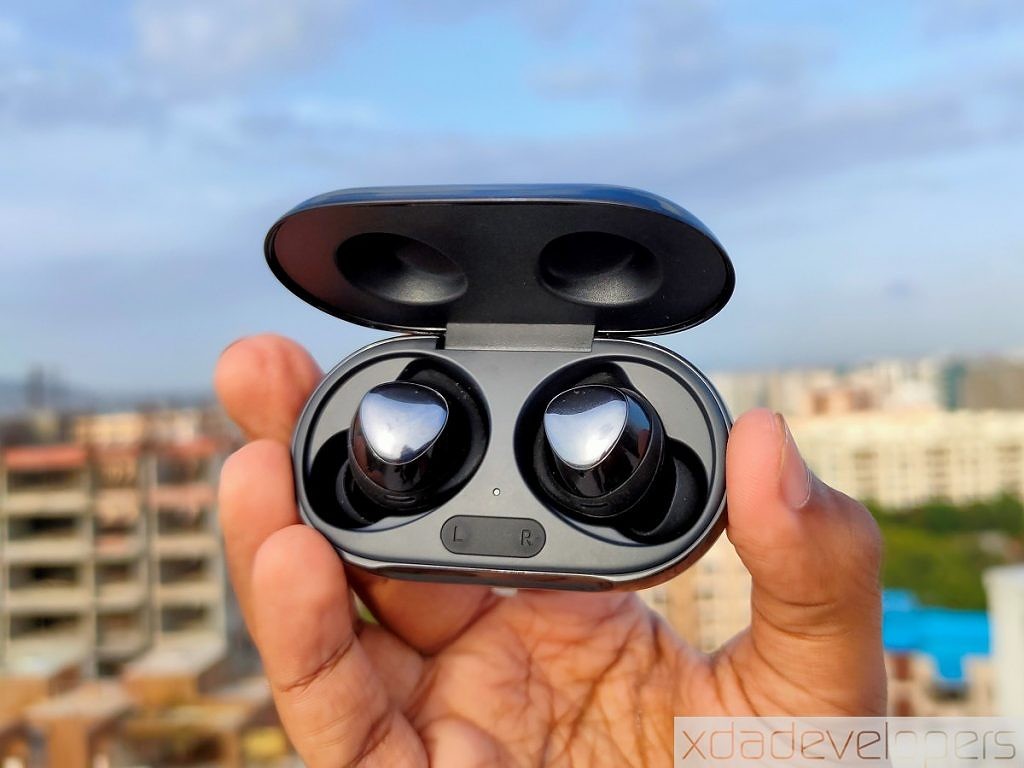 The Samsung Galaxy Buds+ may not be the latest generation of earbuds in the market right now, but they are the ones that should suit the widest set of audiences right now. Yes, the earphones lack ANC and do not feature any type of water ingress protection — but other than that, they are an excellent pair of earphones. They feature great audio performance, a very comfortable fit, amazing microphone performance for calls, great battery life, and a lot more.

What makes the Galaxy Buds+ suitable for a wider set of audience? The fact that you can get them at some amazing prices. We’ve seen the variant go down for as low as $110, which is quite a steal for the product that you are getting. 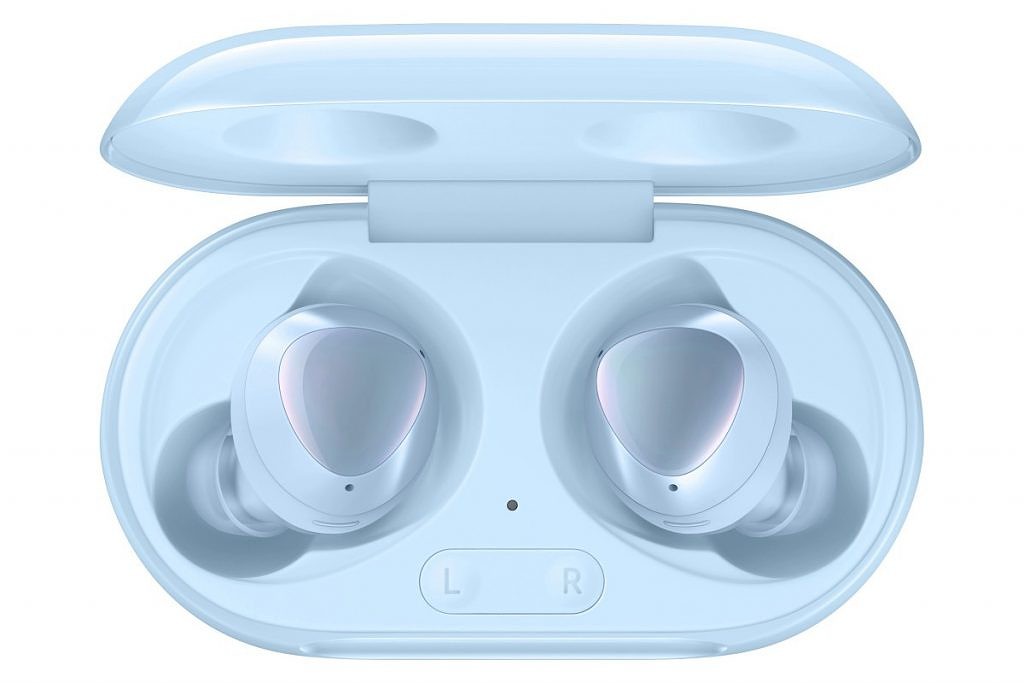 The Samsung Galaxy Buds+ are some of the better and cheaper earphones out there, with a pretty loaded feature set. They lack ANC and IP rating, but other than that, they offer a complete experience that is made sweeter by the various deals and discounts that you can get along the way. 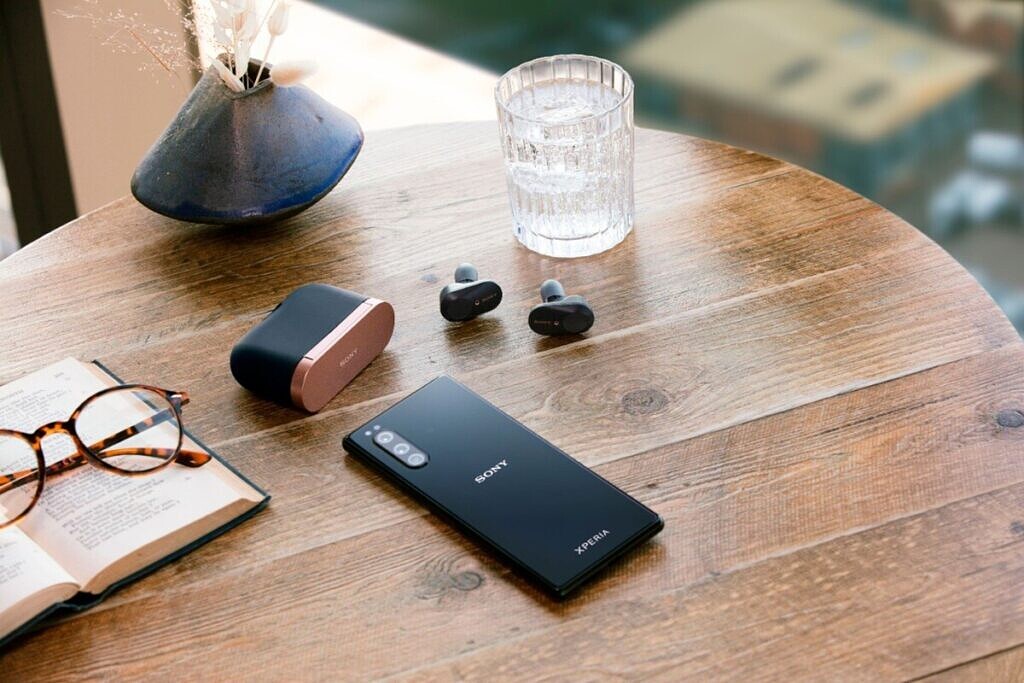 Sony has gained plenty of expertise over the years when it comes to audio. It’s definitely one of their fortes. And this is demonstrated quite well in the awkwardly named WF-1000XM3 wireless earbuds which, despite sounding quite generic, are actually a solid piece of engineering coming from Sony and they’re among the best wireless earbuds with ANC that you can get right now for the money. For $160, you get earbuds with great active noise cancellation, support for integration with both the Google Assistant as well as Amazon’s Alexa assistant, they look amazing, and most importantly, they sound really, really good.

They’re among my favorites for those reasons and many more. They support quick charging as well as up to 5 hours of continuous listening, and that’s with ANC on. Honestly, they’re an amazing deal if you’re in the market for new earbuds, and they’re definitely among the best true wireless earbuds available with a killer ANC setup. Just keep in mind that microphone performance is not great, so avoid getting these if you plan to attend more than a few casual calls. 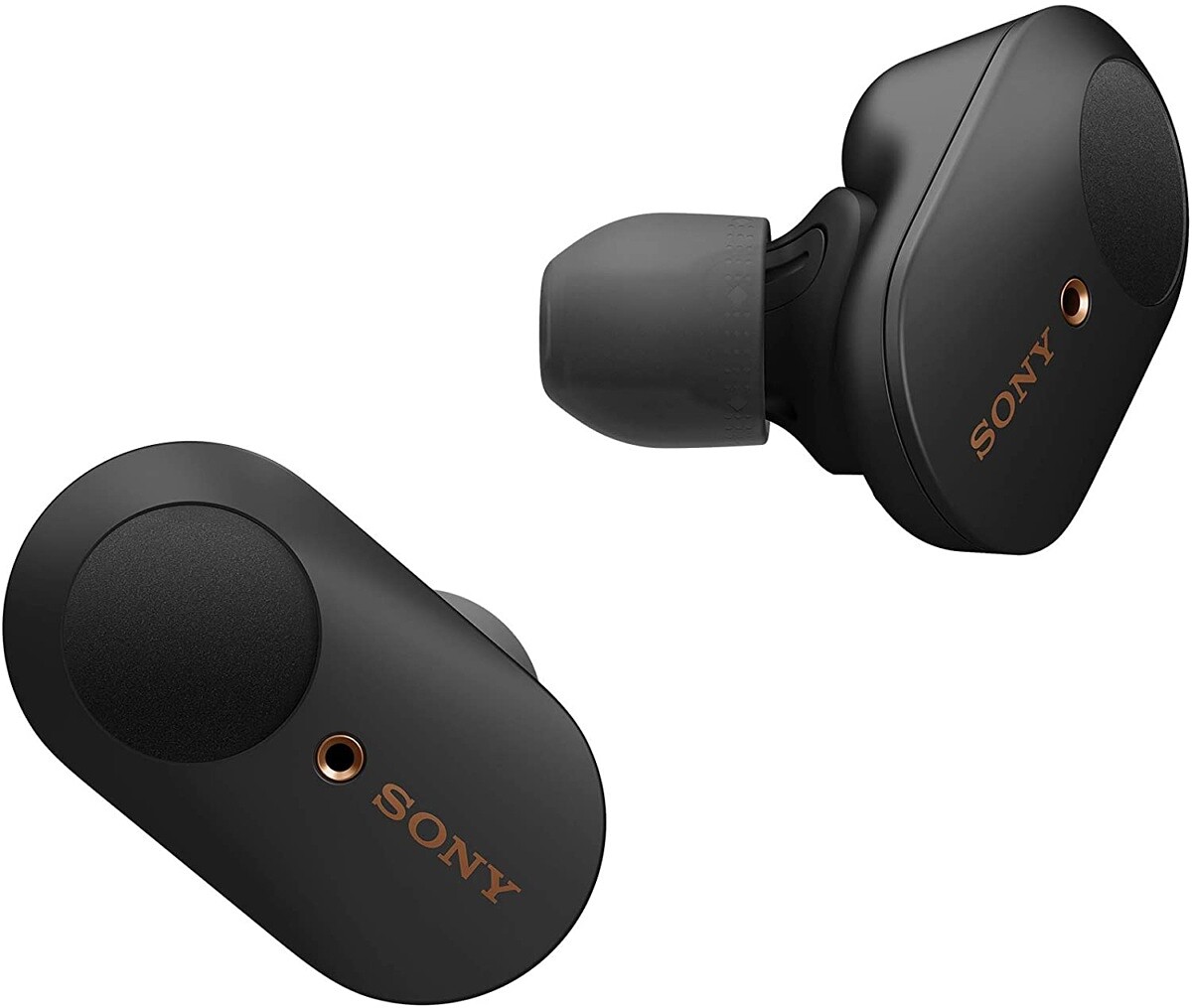 The Sony WF-1000XM3 are among the best earbuds out there, with world class sound and noise cancellation as well as Sony’s decades-long experience in audio. 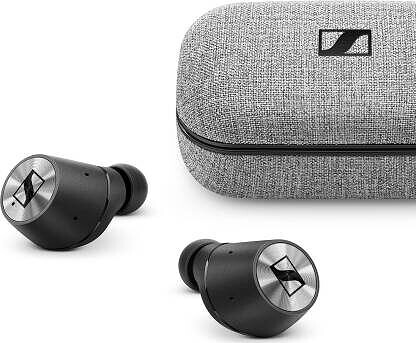 These Sennheiser earbuds also come at a pretty penny as well, but Sennheiser is a name that’s known for greatness in the audio space, and the Momentum True Wireless 2 will definitely not let you down in this regard. The 7 mm dynamic drivers on these bad boys can, according to Sennheiser, deliver “deep bass, natural mids, and clear, detailed treble”. And the reviews on these all seem to agree that the listening experience on these earbuds is godly. Battery life is also a plus, with 7 hours of listening as well as a total 28 hours with the charging case. There’s also an app available on both Android and iOS that allows you to use the earbuds’ built-in equalizer and tweak some of their other settings.

They are definitely worth a look if you’re looking for the best true wireless earbuds and you have $250 burning in your pocket. 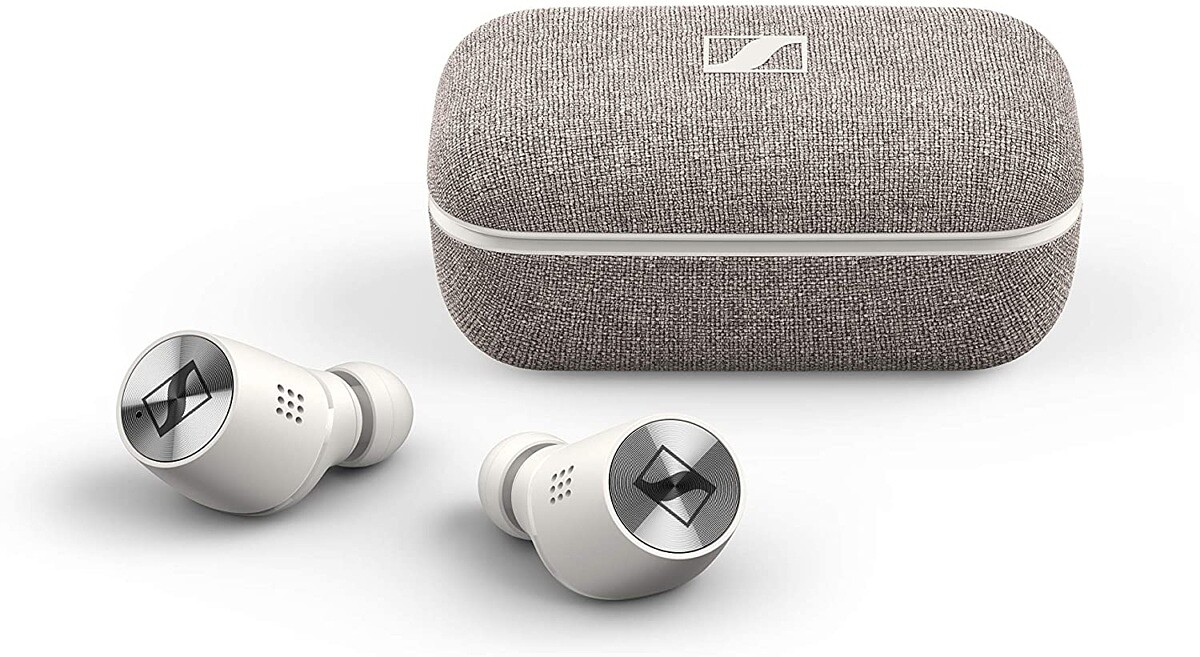 The Sennheiser Momentum True Wireless 2 are Sennheiser’s option in the premium space, and honestly? They’re one of the very few $250 earbuds that are actually worth their asking price. 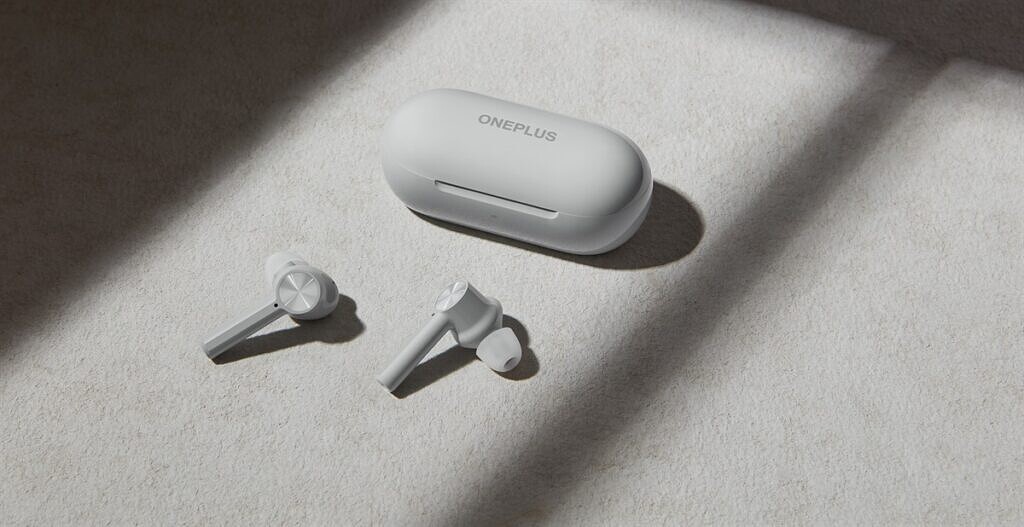 OnePlus isn’t a brand that’s known for making quality earbuds. They’re known for making phones, and while their phones are pretty alright, they don’t have much of a name for themselves when it comes to earbuds. The OnePlus Buds Z, though? They’re not bad for their price tag. Now, you won’t find active noise cancellation or anything like that here. But fancy features are not the point of them. The point of them is delivering a listening experience that doesn’t suck for a pretty affordable price, and once you take that mission into account, they start to look better. And have you looked at that battery life? 5 hours of continuous listening and 20 hours of total battery life is not too shabby for $50 earbuds.

If you want to keep your budget low, this is among the best picks for the best true wireless earbuds you can get for your money. 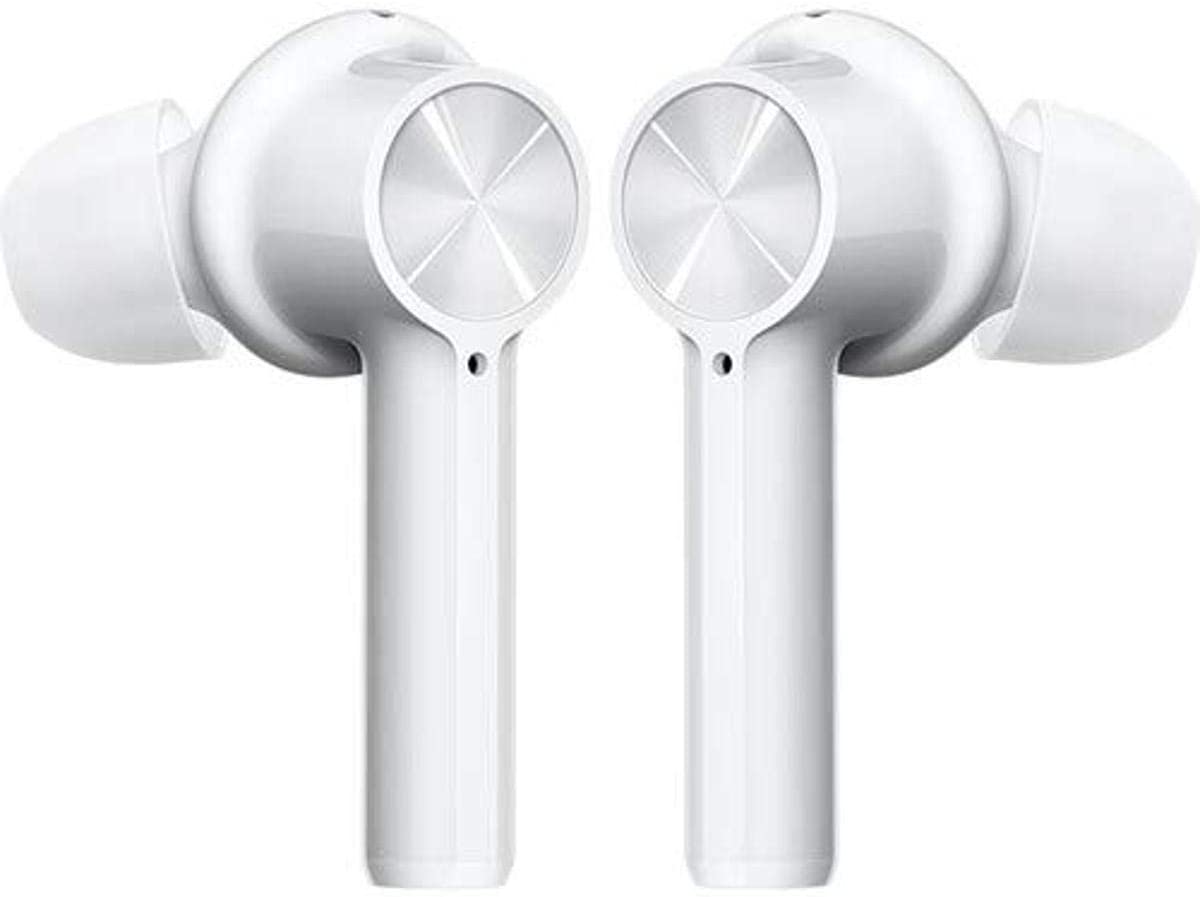 The OnePlus Buds Z are really some of the best true wireless earbuds that you can get on the budget, delivering great audio and great battery life. 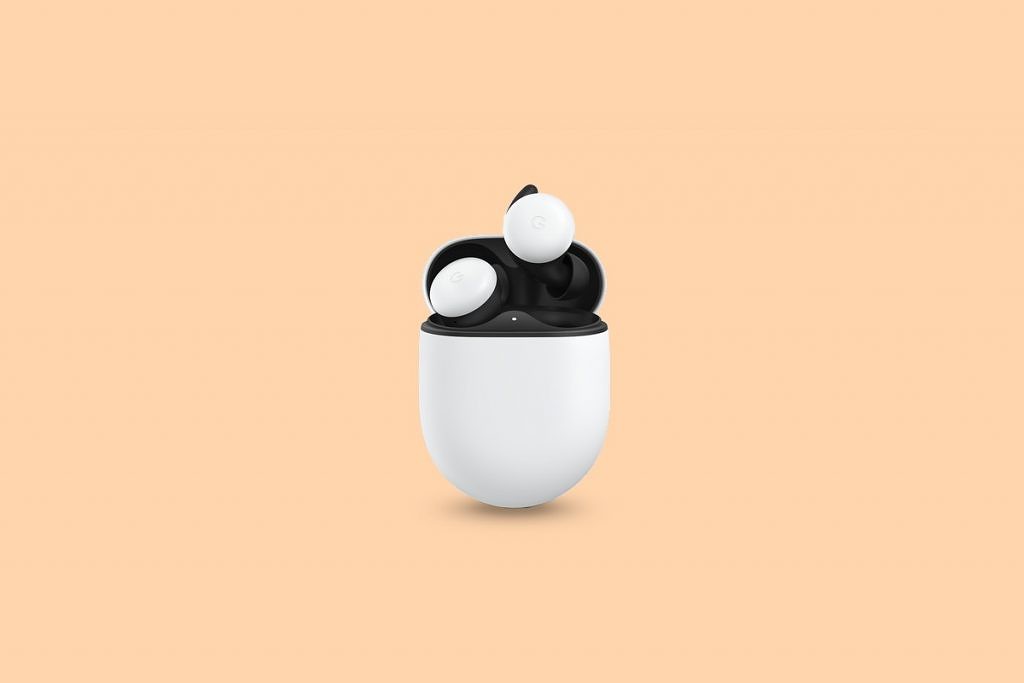 The Google Pixel Buds didn’t really fit as a top pick in any of these categories, but it gets a shout-out nonetheless because they managed to actually improve on a lot of stuff since the first generation. I was actually one of those crazy people that owned the first-gen Pixel Buds and actually liked them a lot despite all of the (probably well deserved) criticism about them, so any improvement on them is a big plus in my book. The second-gen Pixel Buds gets rid of the wire between the two buds while also improving on a lot of things that were criticized about the originals, like the gestures, the audio quality, and more. There’s no active noise cancellation on these, but hey, they actually have a rubber seal this time!

They won’t disappoint one bit, and they’re one of the best true wireless earbuds on this list. 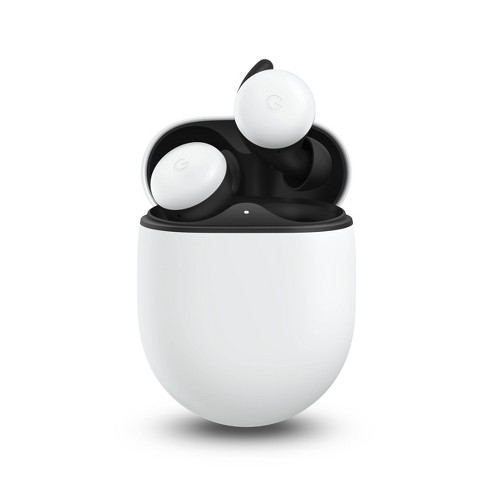 The new Google Pixel Buds fix many of the flaws the original version had while also making them truly wireless, adding a bunch of features, and keeping everything under a not-so-high price increase.

These were our top picks for the best true wireless earbuds currently on the market. The best of the best right now, if you ask me, would be the Sony WF-1000XM3 as it’s a very decently performing middle ground on every aspect that is definitely worth its asking price. Of course, it’s all going to come down to your personal preferences and which aspect you value the most: value, price, or overall experience. Some options out here will keep your wallet mostly intact, while others will make a dent on it, but also give you an amazing sound experience.

The post These are the best true wireless earbuds you can buy right now! appeared first on xda-developers.