The Apple Watch is one of the greatest wearables to date. Whether you’re looking for a fitness companion or non-health-related features — this watch can do both and more. When you buy an Apple Watch Series 7, you’re not only purchasing a smartwatch. You’re investing in your health, making your life easier, and slapping a high-end accessory on your wrist, all at the same time. Now you must be wondering — which watch face should I go for on my brand new Apple Watch Series 7? Here’s a list of the best ones available! 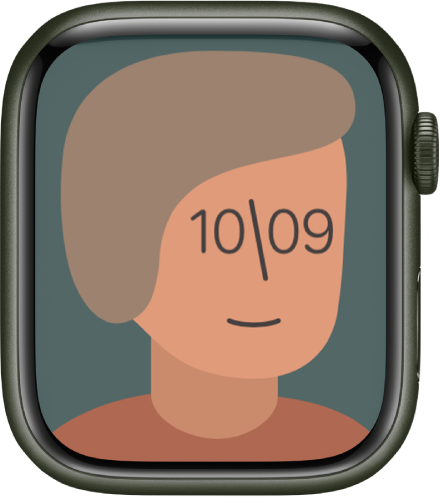 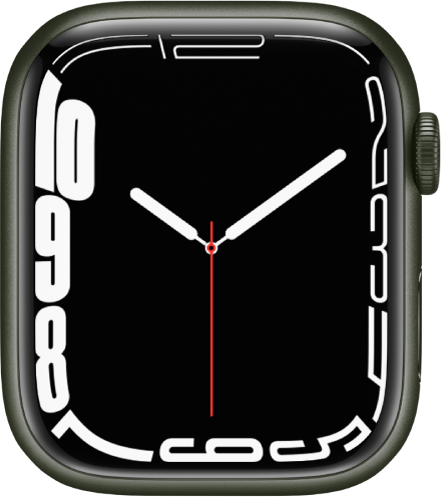 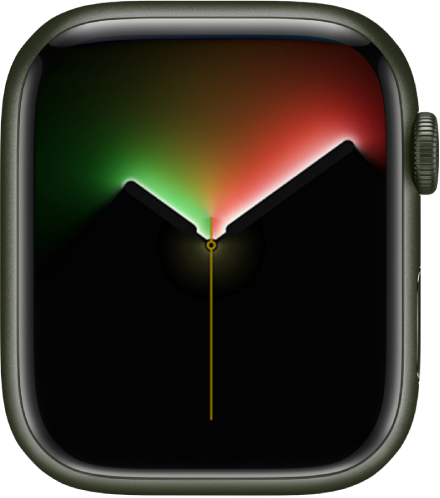 If you’re a minimalist, Apple offers a few watch faces that won’t overwhelm you with their complexities. Artist, Contour, and Unity Lights are three faces that give your watch a personality — without filling your tiny screen with unnecessary information. The first offers AI-generated visual art that refreshes every time you wake the screen. There are millions of possible combinations! 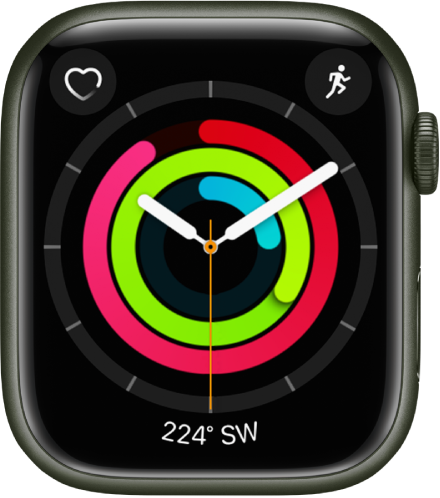 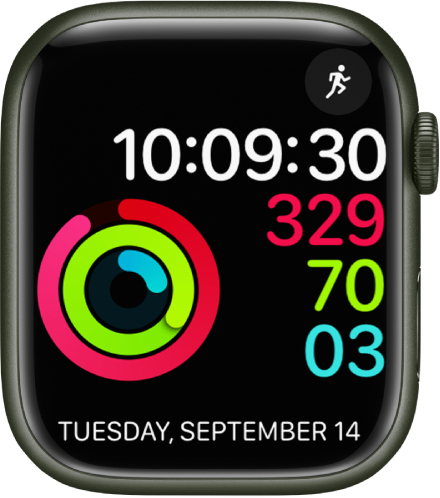 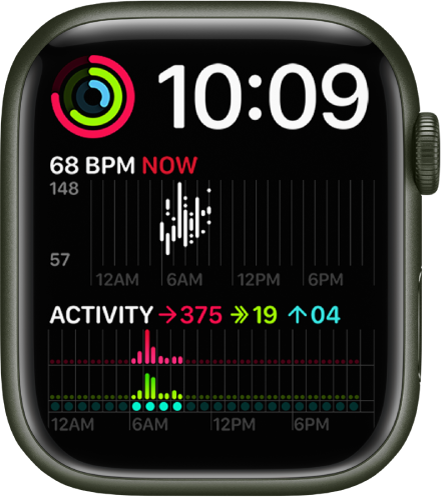 Do you aim at closing your Activity Rings every day? Do you want your progress to be visible every time you raise your wrist and glance at the time? Are Apple’s passive-aggressive fitness notifications not enough to keep you going? The Activity Analog, Activity Digital, and Modular Duo are three options you might like. The first two are very similar — with the main difference being the analog/digital clock, as their names suggest. Otherwise, they both display your Activity Rings in ways that are hard to avoid. The third watch face similarly displays plenty of relevant Activity/Ring data by default — which you can personalize and replace. 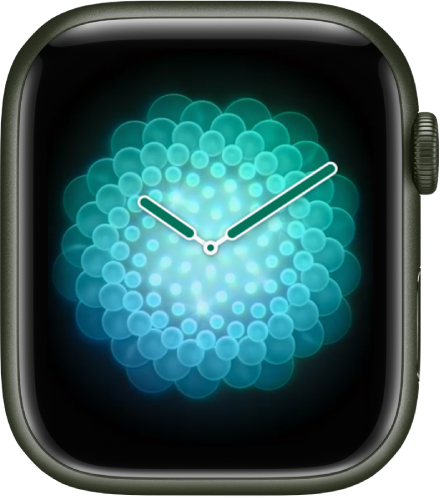 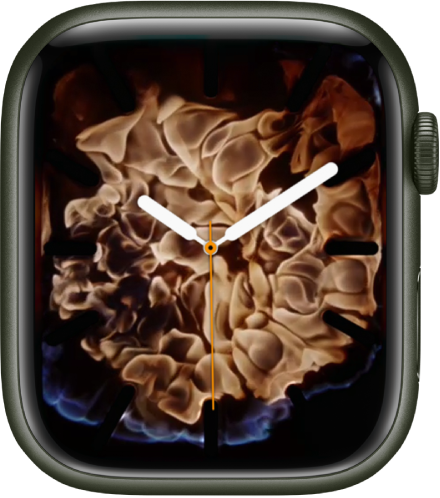 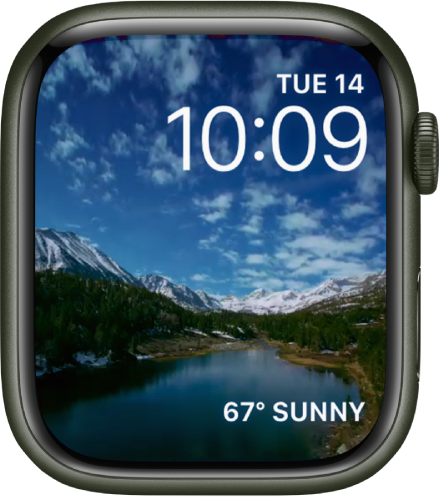 Breathe, Fire and Water, and Timelapse are three watch faces that look great on the Apple Watch Series 7. The first encourages you to relax through its Meditation app shortcut. The second includes breathtaking visuals of fire and water occupying the Apple Watch’s display. Finally, the third includes timelapses of Mack Lake, New York, Hong Kong, London, Paris, and Shanghai. 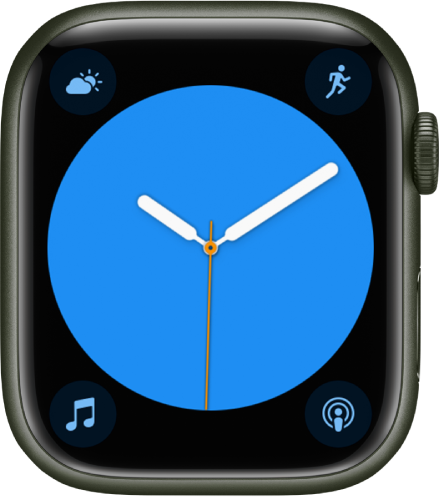 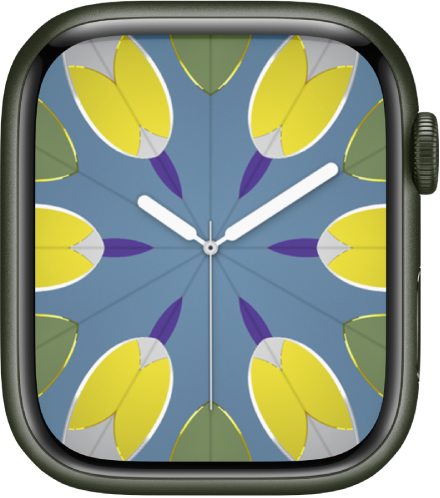 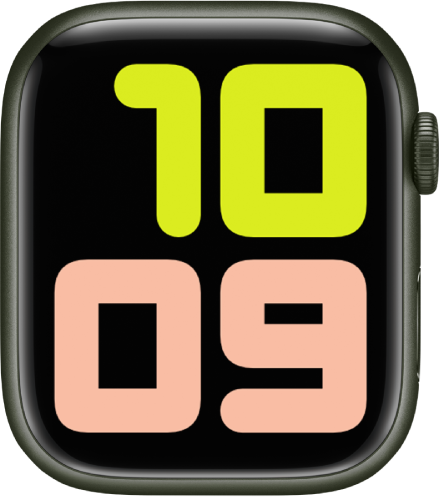 If you like to mix and match the colors of your Apple Watch Series 7’s watch faces and your outfits, these three are ideal. Color allows you to choose a… color to display plainly. Due to its simple design, the color pops out even when seen from a distance. It also supports different complications to add relevant shortcuts.

Kaleidoscope includes several patterns and colors to generate a mesmerizing artwork. The end result is both trippy and classy-looking. It’s perfect for those who wear vibrant spring and summery clothes. Lastly, we’ve got Numerals Duo — where you also get to choose different colors to apply on the digital clock. You get to customize the style and typeface, too, but not the complications. 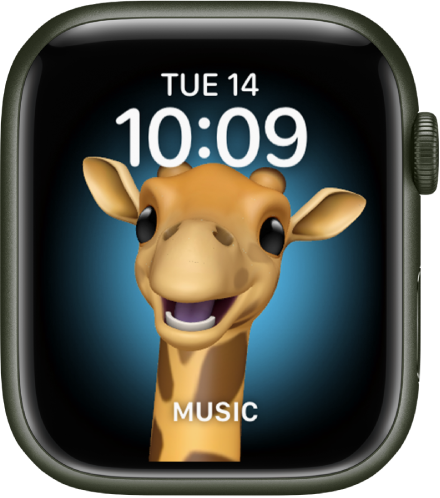 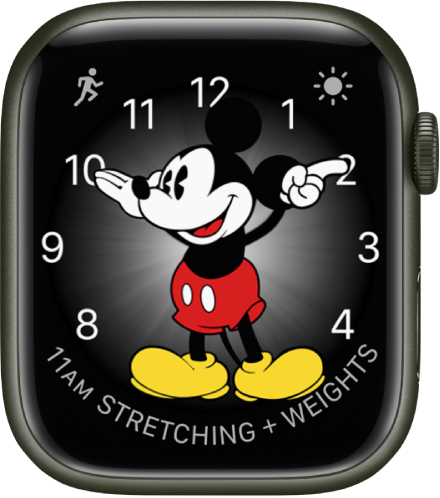 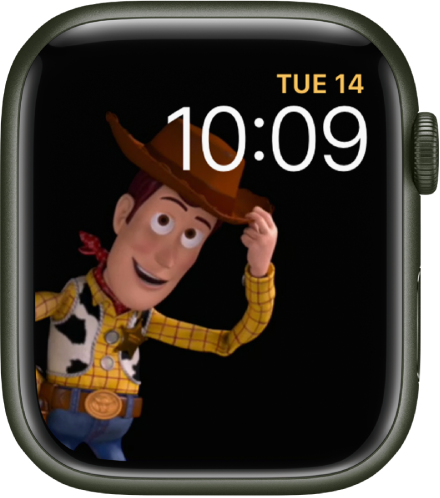 If you’re feeling nostalgic or have a young child, these three watch faces would complement the Apple Watch Series 7. Memoji lets you choose between default Animoji and your personal Memoji creations. It supports displaying the digital time, in addition to two complications. Secondly, Mickey Mouse and Minnie Mouse enables to display either of the two iconic Disney characters and use their arms as analog clock hands. Similarly, with Toy Story, you get to choose between several characters from the movie to display with the digital time. 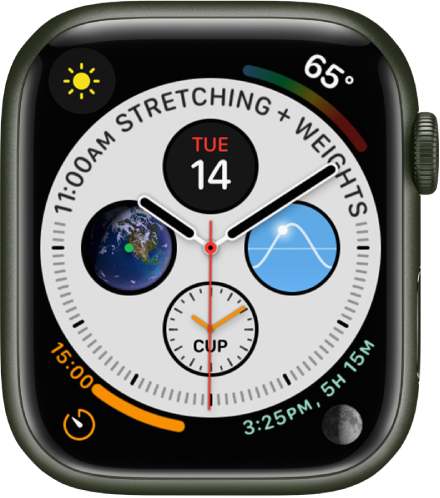 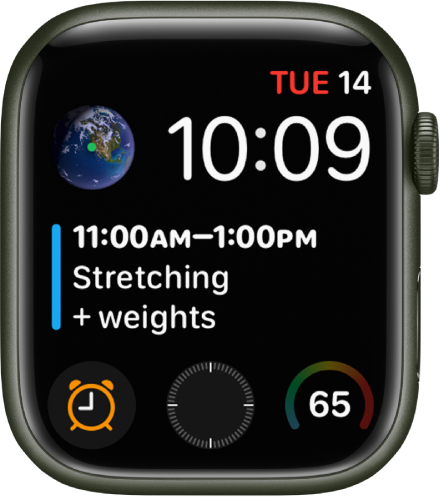 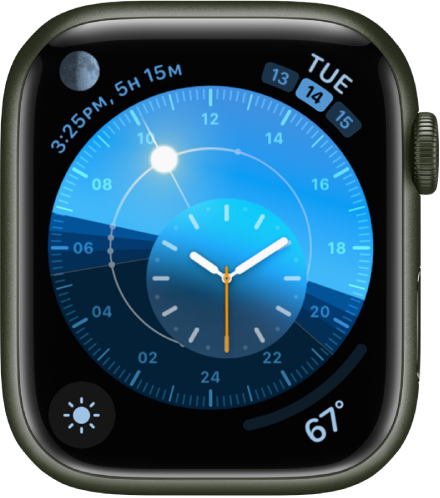 If you’re a fan of data and want to view as many as possible every time you raise your wrist, then Infograph is one of the best watch faces for your Apple Watch Series 7. It supports displaying over half a dozen of complications at the same time. Nonetheless, it still looks elegant. Infograph Modular is another similar option for those who prefer digital clocks over analog ones. Lastly, The Solar Dial is handy for those who like keeping track of sunsets and sunrises.

Despite the Apple Watch not supporting third-party watch faces, there still is a wide variety of stock ones for users to pick from. Nonetheless, we hope that the Cupertino overlord blesses us with third-party support sooner rather than later. Personally, I don’t have a go-to watch face. I just go through several Apple watch faces — depending on my mood and clothing. 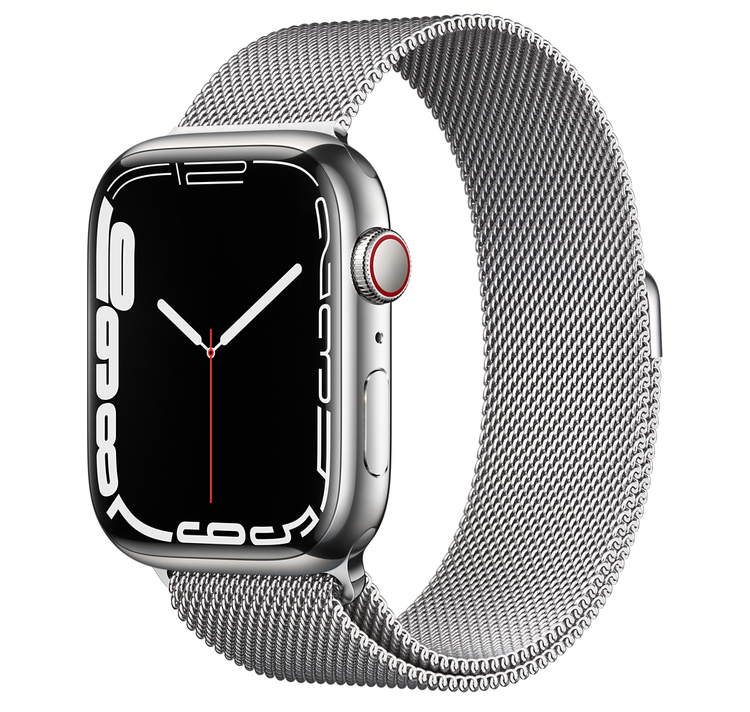 The Apple Watch Series 7 is the company’s latest and greatest wearable. It has a larger screen and supports fast charging.

The post These are the Best Watch Faces for the Apple Watch Series 7: Contour, Unity Lights, Infograph, and more! appeared first on XDA.