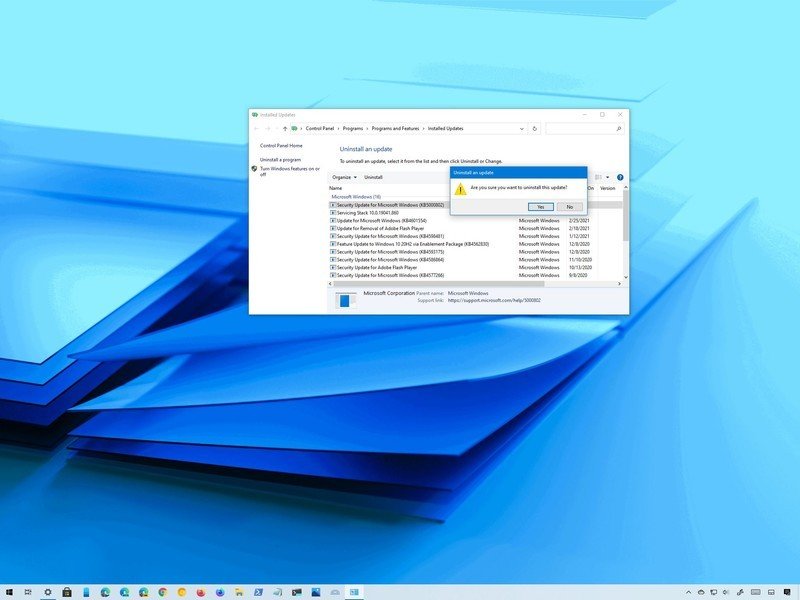 Did you get the latest update for Windows 10 and you now get a blue screen error while printing? Here’s the workaround to fix the issue.

As part of the March 2021 Patch Tuesday, Microsoft made available update KB5000802 for devices running Windows 10 version 20H2, version 2004, and even version 21H1 in the Beta Channel. While the update was meant to address security-related issues, soon after the rollout, some users started reporting a Blue Screen of Death (BSoD).

According to Microsoft, the blue screen is caused by an APC_INDEX_MISMATCH error when attempting to print from some apps. And this seems accurate since many users have said that the error could happen when printing anything from Kyocera, Ricoh, Zebra, and other printers, and when trying to send a print job from Notepad, Office, and other apps.

Microsoft says that it is currently investigating the issue, but it does not provide a timeframe or a workaround to mitigate it. If you happen to be among those affected by this buggy release, it is possible to remove the update KB5000802 from Windows 10 until a permanent fix rolls out.

In this Windows 10 guide, we will walk you through the steps to uninstall update KB5000802 if it is causing bugcheck problems on your computer. In addition, if you have not installed the update, we will also outline the steps to prevent your device from downloading and installing this patch automatically.

To uninstall the update KB5000802 to fix blue screen problems while printing on Windows 10, use these steps:

Once you complete these steps, the update will be removed, and your device will return to the previous build, resolving any issues that this release might have caused.

If the update has not been installed yet, pausing automatic updates can help prevent the buggy update from installing automatically until there is a permanent fix.

After you complete the steps, Windows Update will no longer try to install the cumulative updates until the date you specified in the setting.

While it is not recommended to use a computer without maintenance and security updates, you can also disable Windows Update using the Local Group Policy Editor and Registry.

For more helpful articles, coverage, and answers to common questions about Windows 10, visit the following resources: