The results are not too surprising. 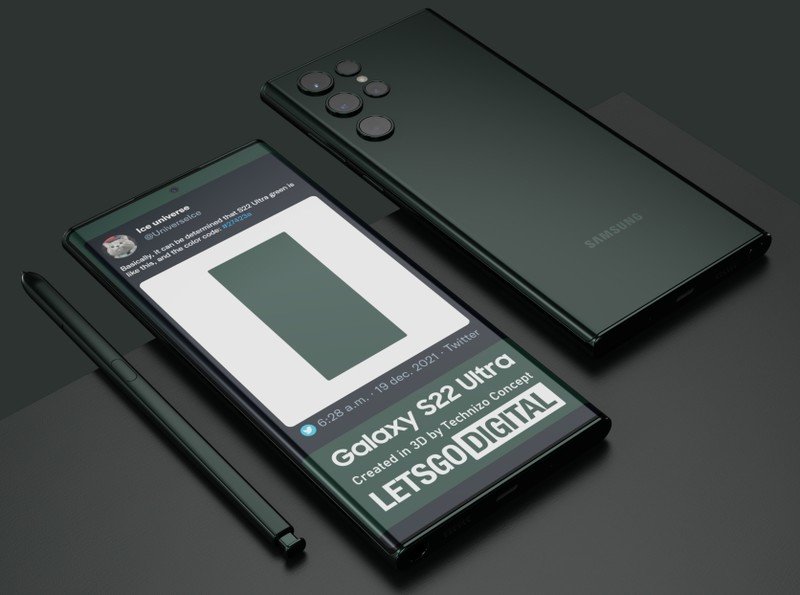 The next generation of flagship smartphones is already upon us thanks to the introduction of phones like the Xiaomi 12 running Qualcomm’s latest Snapdragon 8 Gen 1 chipset. However, that’s just the tip of the iceberg as we head into 2022, with plenty more smartphones to be announced. That’s why we asked what phones our readers were most looking forward to in the first half of the year, as most flagships would be launched at least in the first quarter of 2022.

Unsurprisingly, about 50% of the votes indicated that the Galaxy S22 series was the one to look to. That’s not too surprising given the changes Samsung is rumored to make with its upcoming smartphones. To start, the standard Galaxy S22 is expected to receive a glass back instead of plastic for a more premium build. However, Samsung is also likely fully merging the Galaxy Note into the Galaxy S series with the upcoming Galaxy S22 Ultra.

Unlike the Galaxy S21 Ultra, this phone will likely feature an S Pen slot instead of forcing buyers to purchase a separate pen and case to hold it. Along with an updated design and new colors, the Galaxy S22 may be the flagship to beat for the year. 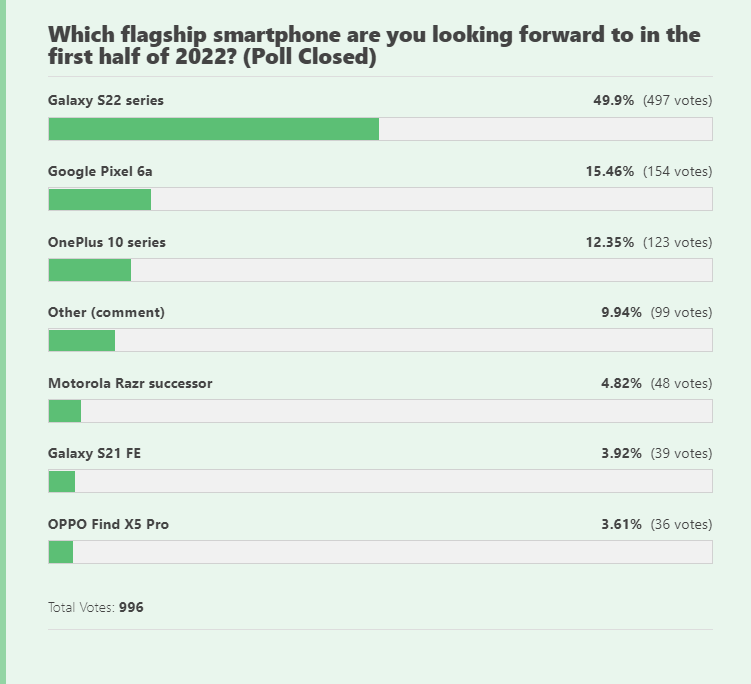 One commenter, bigsmoke79, seemed to speak for many when they say that it’s the Galaxy S21 Ultra that they’re most looking forward to.

S22 Ultra for me. I’ve a perfectly good S21 Ultra but the lure of the return of the Note in all but name with the built in s pen and squarer design etc will be too much to resist. I’ve always been a Note Fan I owned every other one available in the UK even the 7 or the one that went on fire! and only upgraded my Note 20 Ultra because I knew no note was coming and the trade in deal was just too good.

There’s no doubt the Galaxy S22 Ultra might end up being one of the best Android phones of 2022. And with Samsung effectively killing the Note line, it’ll be interesting to see just how it’ll evolve with the S22 Ultra and beyond to attract fans of the Note series. However, this is already a good sign for Samsung’s efforts to consolidate its lineup, especially amid the ongoing chip shortage.