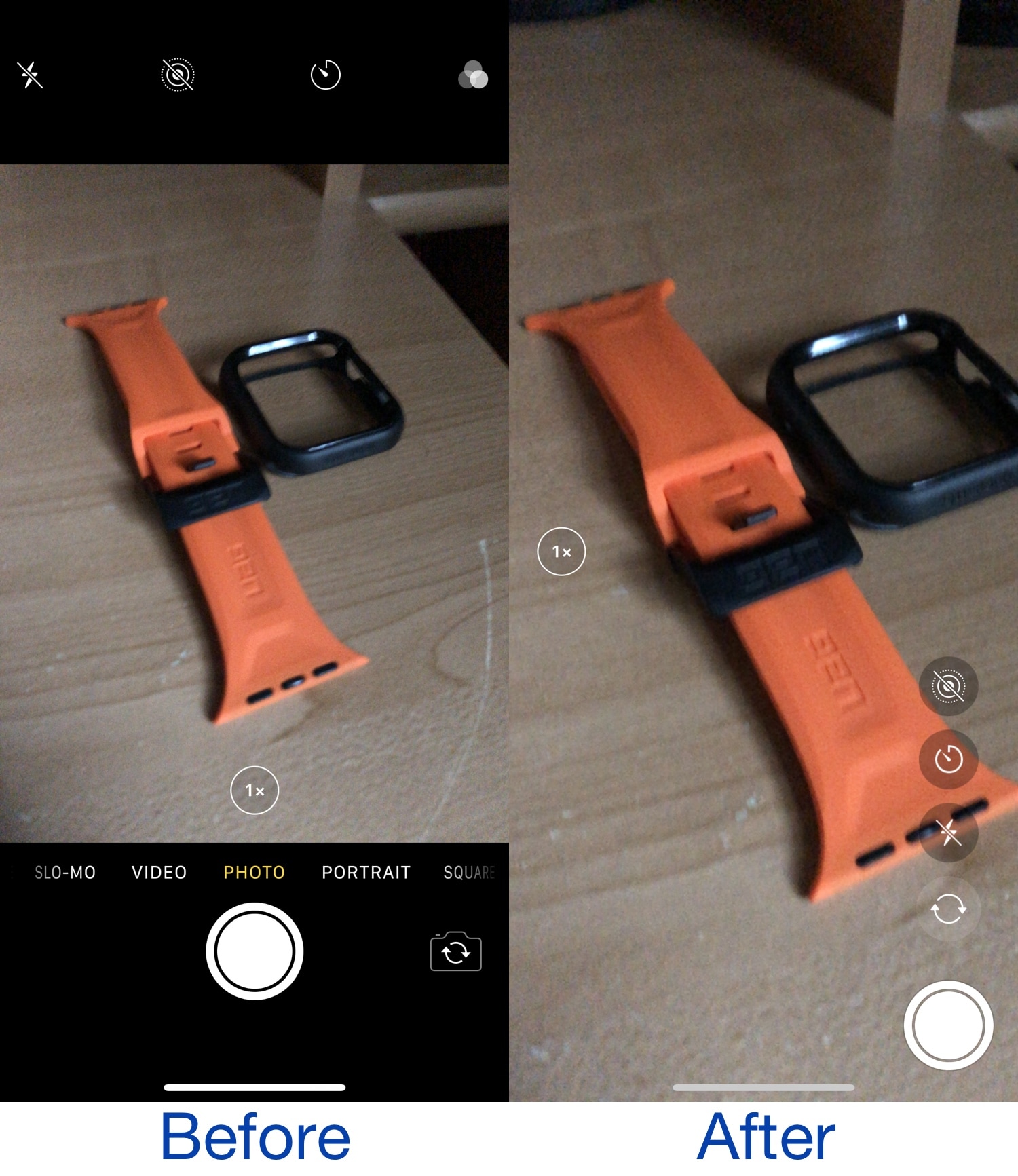 Apple likely has its reasons for designing things how they did, likely to make accessing controls on the iPad easier when your thumbs are on either side of the device as you control it. But wouldn’t it be nice if there was at least some form of synergy between the two platforms? If you answered yes, then you might enjoy a newly released and free jailbreak tweak dubbed iPad Cam by iOS developer pholic.

If the tweak’s name wasn’t a dead giveaway, then we don’t know what is. In a nutshell, iPad Cam brings the iPad-esque Camera app interface to jailbroken iPhones, enabling a vertical-style layout like what you’d expect on Apple’s tablet platform.

The iPad layout doesn’t necessarily make more sense on the iPhone, but it does seem to be more aesthetically tuned. For example, it comes with an edge-to-edge viewfinder instead of placing black bars at the top and bottom of the display, resulting in a more eye-friendly view.

iPad Cam doesn’t come with any options to configure, but that’s to be expected since the tweak only serves one purpose. Users demanding this sort of interface switch would simply install the tweak, whereas those who don’t like it can either avoid the tweak entirely or uninstall it after trying to revert back to Apple’s native iPhone Camera app interface design.

iPad Cam is available as a free download from pholic’s repository via any package manager of your choosing. The tweak supports jailbroken iPhones running iOS 13 or 14, and it’s worth noting that the tweak is considered to be in its ‘beta’ stages at the time of this writing.

Do you like the iPhone or iPad Camera app interface better? Let us know in the comments section down below.