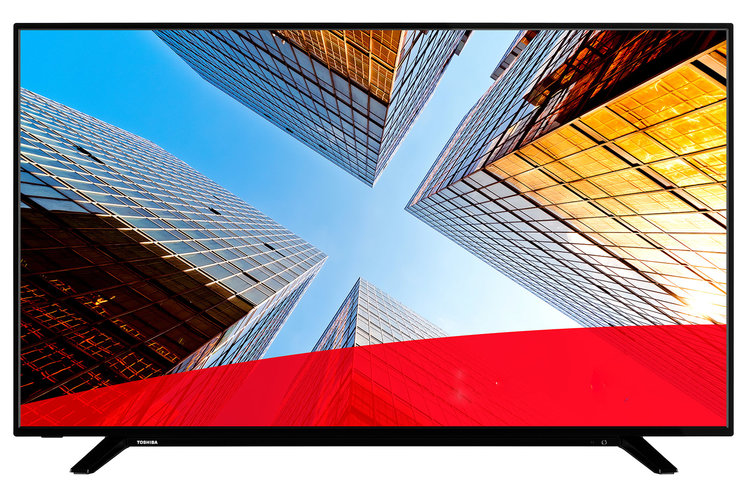 With Dolby Vision HDR, copious catch-up TV and streaming options, plus a price tag that won’t break the bank, Toshiba’s UL20 is an entry-level 4K screen series that you’ll want to shortlist.

Cookie cutter styling makes this an easy telly to live with, although you’ll be limited to three HDMI inputs (one with audio return channel (ARC)). Also around the back is VGA and a digital optical audio output, for connection to a soundbar or AV receiver. Ethernet offers a hardwire alternative to Wi-Fi. There’s also Bluetooth connectivity, and two USB ports.

The HDMIs do not support 4K 120fps or any other advanced HDMI 2.1 functionality. But you guessed that, right? You can still get 4K resolution, of course, just at a 60fps maximum frame rate – but that’s fine as most content in the UK is 50fps maximum, while proper cinema is 24fps. 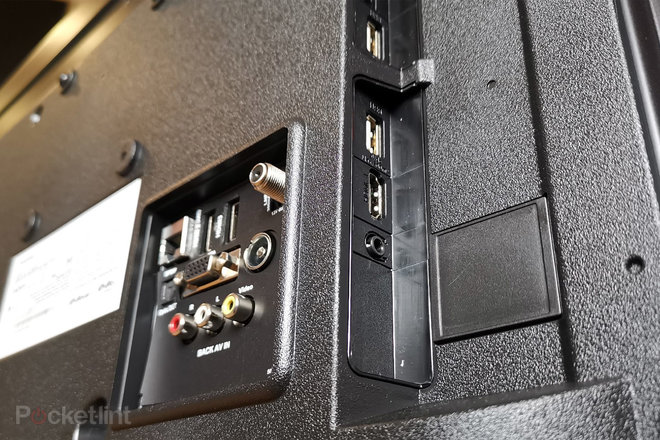 The UL2063 comes with a large IR remote zapper, sporting dedicated buttons for Amazon Prime Video, Netflix, and Freeview Play. The set will also respond to voice commands, when used as part of a wider Amazon Alexa or Google Assistant ecosystem.

Don’t expect to find an equivalent Toshiba screen in the States or Australia. This model is produced by European licence holder Vestel, for the UK and Europe.

Toshiba Smart Centre and Freeview Play ensure there’s always something to stream. Toshiba’s platform is comparable to, say, Philip’s Saphi or Hisense’s VIDAA portals. It’s designed primarily to furnish you with streaming TV services and catch-up, which it does rather well.

Linux-based, the platform lists Netflix, Amazon Prime Video, YouTube, Twitch, Rakuten TV, Britbox and Chili amongst its offerings. If you need Disney+ or Apple TV+ though you’ll have to add a separate streaming stick or other gizmo, as they’re not offered here. Still, you could buy an Amazon Fire TV Lite for just £/€30. 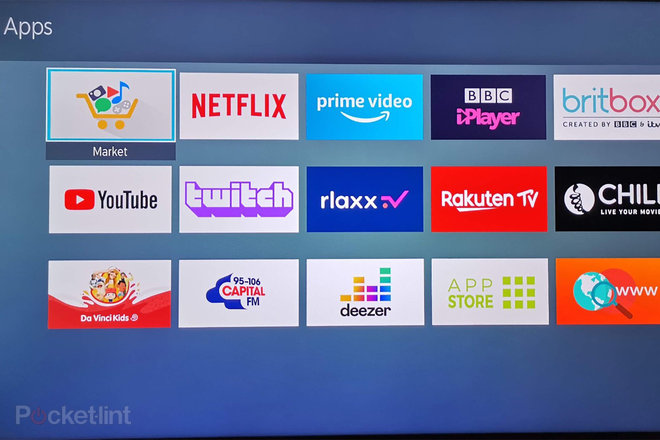 Gamers will find the UL20 serves as a good low cost monitor too. We measured input lag at 17.5ms (1080/60) in Game mode, which is fine for competitive gameplay.

Dolby Vision makes the most of movies, while TRU Flow smooths out sports programmes. 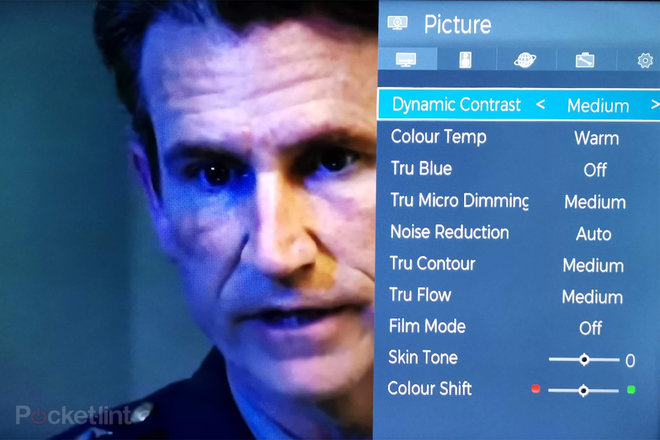 That means the UL20 offers a good-looking picture. It doesn’t over deliver on its price point, but neither does it disappoint. Out of the box, images are sharp, moderately contrasty with an acceptable average picture at its brightest.

Image presets comprise Dynamic, Game, Sports, Cinema, Natural, Dolby Vision Bright, Dolby Vision Dark, plus User adjustable. We found the Cinema preset the most engaging and consistent. Dynamic is a little too oversaturated for everyday use.

The set features a trio of TRU picture processing technologies, including TRU Resolution upscaling and contrast-enhancing TRU Micro Dimming. The panel doesn’t do a deep blacks, though, and tends to grey-out when watched in rooms with little or no ambient light. The solution is to keep some illumination in the room, as this subjectively improves the backlit image.

We measured HDR peak brightness at 330 nits, which is exactly what we would expect from a budget HDR telly – no, it’s not the 1,000+ nits of some high-spec tellies, but that’s just to be expected. Compatibility covers regular HDR10, HLG and Dolby Vision – the last of which does a particularly good job with compatible content from Netflix, keeping it nice and filmic. 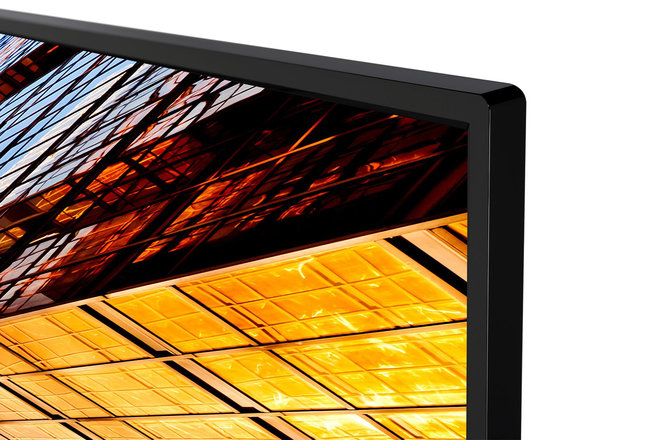 As befits its cheapie status, the UL20 doesn’t use a wide colour gamut panel, but there’s enough pop here to make animations sing and sports events to look lush and handsome. A run through of Despicable Me 3 is a riot of rich blues and deep explosive oranges.

TRU Flow smooth motion processing is a MEMC (Motion Estimation, Motion Compensation) system that irons out judder and maintains fine detail in fast moving content. It works well for sports, but adds a soap opera effect to movies, so you might want to turn it off come movie night.

The sound system may be stereo only, but dialogue is clean and crisp as a result. The UL20 is surprisingly punchy, too, thanks to a potent 2x 10W speaker setup, which should keep you amused until you invest in a soundbar.

There’s no support for Dolby Atmos, although you will find volume levelling, a compression system to reduce dynamics between sources, and dialogue enhancement for improved vocal clarity on mumble-dramas. An AI Sound mode puts the TV into dynamically compressed Night mode between 10pm and 7am.