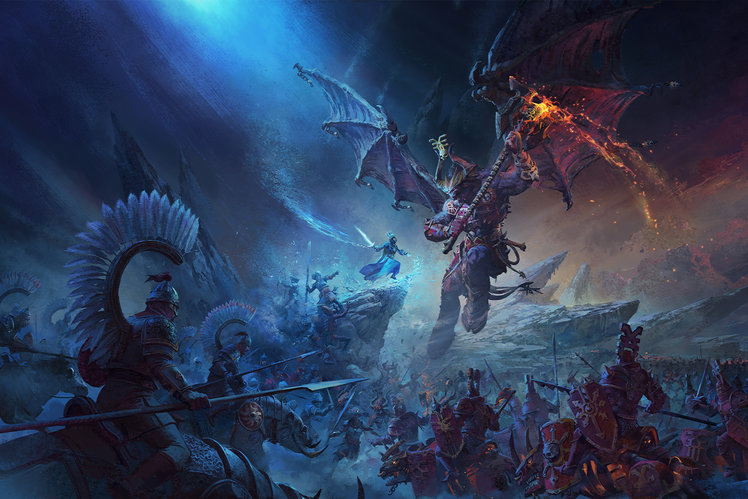 The Total War franchise struck a real chord when it first branched out of its historical settings into more fantastical lands, and its ongoing partnership with Warhammer has been a real highlight in recent years. Now, the third game in that series is on the cusp of release, and we’ve had a chance to play a few hours of it.

It’s shaping up extremely nicely, with all the zany dark fantasy touches that you’d expect from Warhammer and some delightful new mechanics layered on top to make sure that veterans still have plenty to get ahold of.

The story behind Warhammer 3 is a fairly simple one – and we mean that in a good way. Some nice opening cut-scenes establish what’s going on in the world, explaining why a series of factions are all vying to make it into the Chaos Realms at the same time.

That means the main campaign is a bit of a race, but with the same overarching approach of conquering the lands before you.

This time, though, you’ll have to grab chances to fight against the Ruinous Powers of Chaos, in the form of Slaanesh, Khorn, Tzeentch and Nurgle. Each must be vanquished to get a shot at winning the campaign totally.

This is achieved by finding and taking portals into Chaos for shorter campaigns against each adversary, and it provides a nice short-term set of goals that contribute to your longer-term aims.

You can choose to play as a few factions – Grand Cathay, Daemons of Chaos, Kislev, Khorne, Nurgle, Tzeentch, Slaanesh and the Ogre Kingdoms – giving you more ways to make each of your saves feel unique.

Each has its own bonuses and recommended approaches, plus unique twists on gameplay. In our preview we got time with Grand Cathay and the newly-announced Daemons of Choas, the two playing in completely different ways. 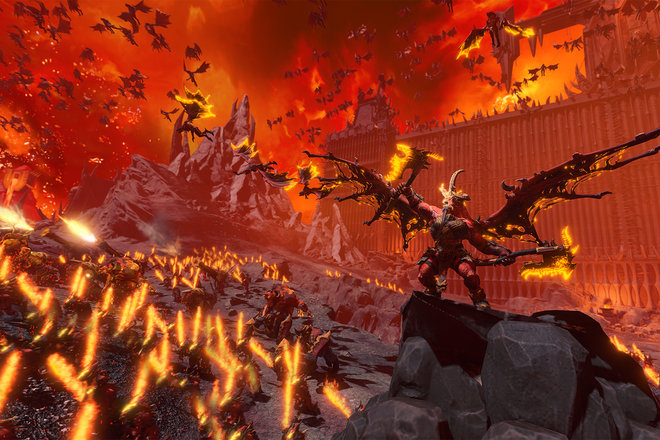 Cathay is focused on maintaining its huge boundary wall and manipulating the Winds of Magic to get favourable results, while in battle its unit synergies make your layout a constant background concern.

Daemons of Chaos, meanwhile, saw us building up a world-rending central bad-guy by pleasing the Chaos gods to unlock boons and equipment, almost giving it a role-play game (RPG) flavour with a huge strategy game wrapped around our daemon prince.

Of course, while the playable factions come and go, the core of a Total War game rarely changes too drastically, and you’ll still spend your time nicely divided between the lush campaign map and in actual battles.

The former phase is relaxing and pretty streamlined, letting you easily move units around, build up your settlements and get into diplomatic chats with other powers you come across – although if you’re new to the series you’ll still find yourself perusing its many help boxes fairly often. 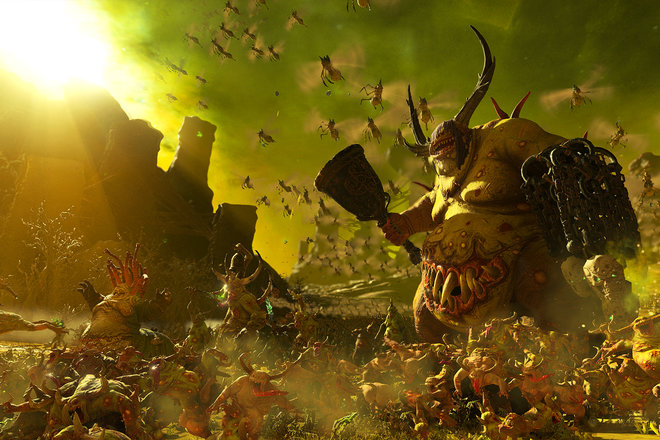 In battle it’s much the same – you’re still deploying into the field with a frozen phase in which to arrange your troops as you like, then taking control of them like a classic real-time strategy game (RTS), issuing commands and zooming around the battlefield trying to keep everything going smoothly.

With the unhinged lore of Warhammer to call on, there’s a seemingly limitless pool of varied and often horrific troops to both command and come up against, though, so zooming in occasionally for that Total War speciality, to see a few individual units fighting each other, is as rewarding as ever.

Of course, Total War games also have a historical reputation for being absolutely meaty games for any PC to cope with, but their performance has actually improved drastically compared to the bad old days of Empire: Total War and the like. 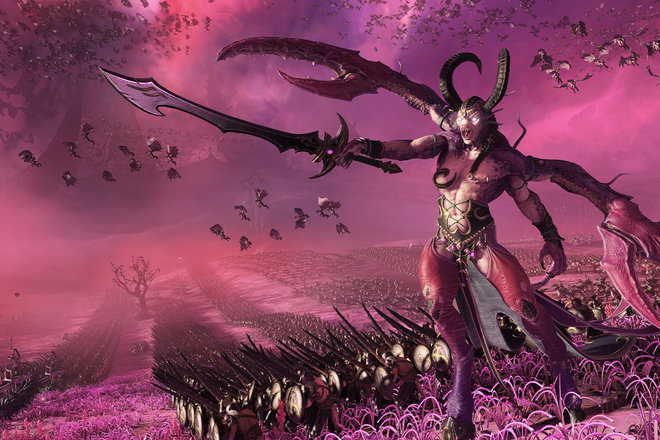 Our mid-range gaming PC crunched through the game on Ultra settings nicely, even in a pre-release state, which suggests it’ll scale impressively even with hardware limitations, and the whole package looks nothing short of lovely.

From the detailed campaign map with plenty of animated elements and effects, to the ever-engaging battle scenes, in which units are simply improbably detailed once you get up close to them, there’s a lot to like here.

The voice acting, meanwhile, is enjoyably committed, while the story beats that happen every often in the campaign give you a good sense of what you’re fighting for and aiming towards – even if some of the factions have aims that are as simple as pillaging or corrupting the entire world.