After announcing a revamp to Twitter Spaces back in late August, the feature was only available to select users. Now, Twitter has opened the feature to Twitter Blue subscribers using an iOS device, allowing them to experience podcasts, audio stations, and Spaces audio by testing the feature through Twitter Blue Labs.

When Twitter Spaces first launched, it was an audio platform that allowed users to have live audio conversations. There was a host and sometimes even co-hosts, and an unlimited number of people could occupy the space. In August, Twitter decided to repurpose the space to house its podcast ambitions. The company redesigned the Spaces tab by introducing personalized hubs with different content themes like music, news, sports, and other options. The firm also added live and recorded content and still managed to include the original Spaces audio platform. 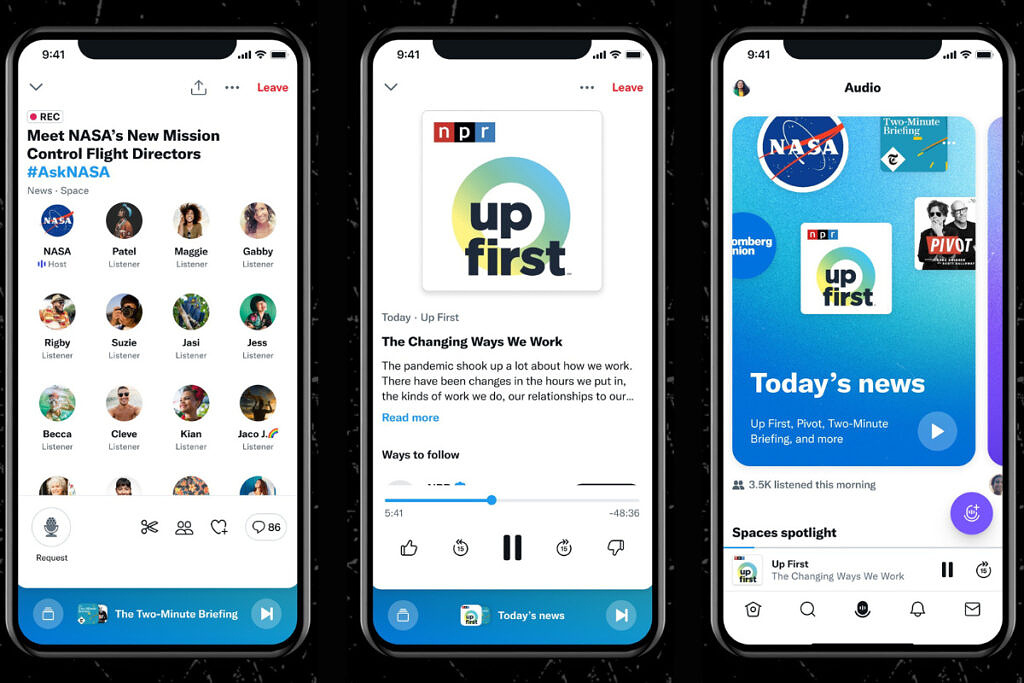 What makes Spaces interesting is that Twitter utilizes user data to offer podcast recommendations. Listeners will have the option to like and dislike content to improve their listening experience. In August, Twitter’s research showed that nearly 45 percent of its users listened to podcasts. This could make its new venture into hosting podcasts extremely lucrative if it can properly bolster the platform.

So, for those that are Twitter Blue subscribers on iOS, you can now enjoy the new Spaces and listen to curated audio and podcasts by joining the experimental feature in Twitter Blue Labs. In addition to Spaces, currently, Labs offers Blue users the ability to upload longer and higher resolution videos and set up an NFT profile picture. Users that sign up for Twitter Blue will also gain access to ad-free articles, a bookmarks folder, custom app icons, themes, an undo tweet feature and more. Twitter Blue is available to those in Australia, the United States, and New Zealand. While the price used to be $3.99 per month, it was recently raised to $4.99 per month.