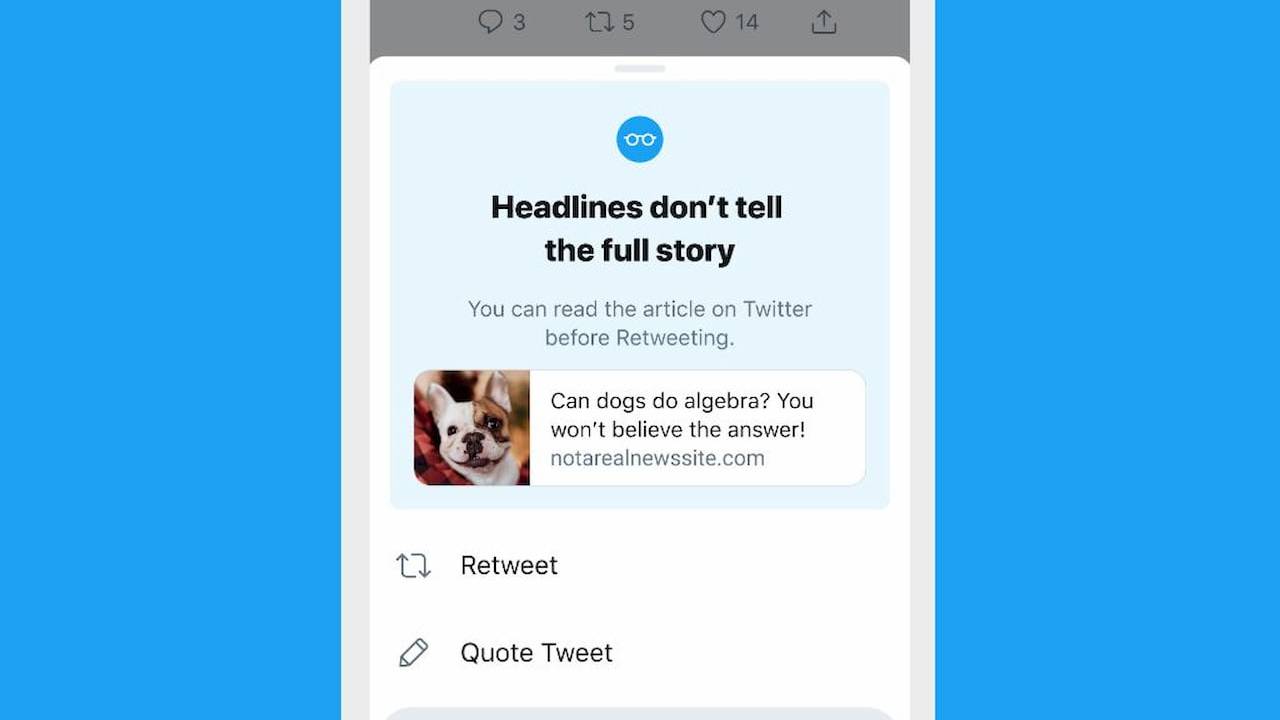 Those who use social media frequently, whether it’s Facebook, Reddit, or Twitter, will know that there’s a seemingly large number of people who share articles after only reading the headline. It happens pretty frequently across all social media sites, and back in June, Twitter began testing a new feature meant to prevent users from sharing or retweeting an article before they’ve actually read it.

The test landed first on Android devices, and now, a few months later, Twitter has provided us with an update. In a new tweet, the company says that the test has been going well, and that it will now roll out to users on iOS.

So, if you attempt to retweet or quote another tweet with an article in it and you haven’t opened the link through Twitter first, you might see a new popup telling you that “Headlines don’t the full story” and asking you if you’d like to read the article before you post your tweet. Of course, you won’t be prevented from posting the tweet if you don’t open the article through Twitter, but this could be a good reminder to users to read through an article to get the full story before sharing it on their feeds.

Twitter has been taking some efforts to fight the spread of misinformation lately. Earlier this year, the company started attaching visibly flagging tweets that include misleading information about COVID-19. Twitter has also been blocking links that go to articles containing harmful or otherwise hateful content.

With these prompts rolling out to iOS, it may not be long before we see it become a live feature across all versions of Twitter. We’ll let you know when Twitter provides an update on the feature, so stay tuned for that.