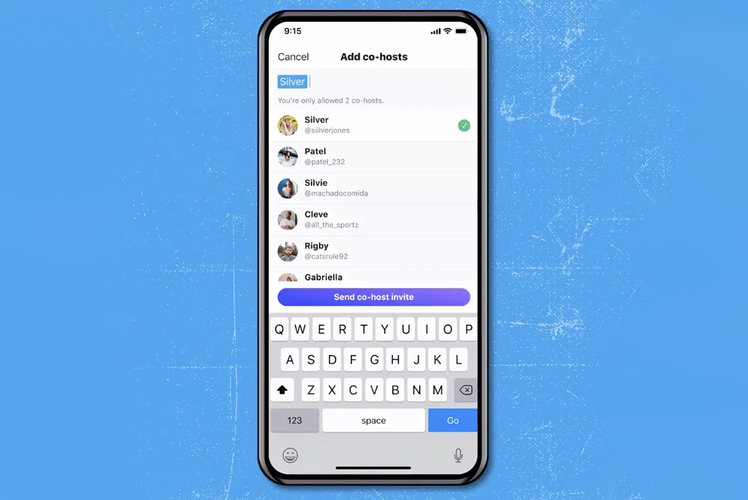 Twitter Spaces is receiving an update that will allow hosts of social audio rooms to choose up to two co-hosts. Previously, spaces had one host only.

The idea is, with this new feature, it’ll be easier for a host of a space to moderate conversations. Co-hosts have all the same managing privileges as the main host. Once invited, they can speak, invite other members to speak, pin tweets, kick people from a space, and so on. But only the original, primary host can end a space and invite or remove other users to be co-hosts, which means a co-host can’t invite a second one.

Keep in mind that, with this change, Twitter Spaces can now have one host, two co-hosts, and up to 10 speakers all active at once.

Spaces first debuted in December 2020. The feature, which lives inside Twitter, has been pitched as a “place to come together, built around the voices of the people using Twitter, your Twitter community”. In other words, like the Clubhouse app, Twitter’s Spaces allow a user to gather with another person or a group of users for live, audio-based conversations. For more about how Twitter Spaces works, see our guide.

Twitter said its now rolling out its new co-host update to Spaces.