Learn what happens when you use Twitter’s unfollow feature which it says helps control unwanted attention on the platform by letting you leave a tweet conversation. 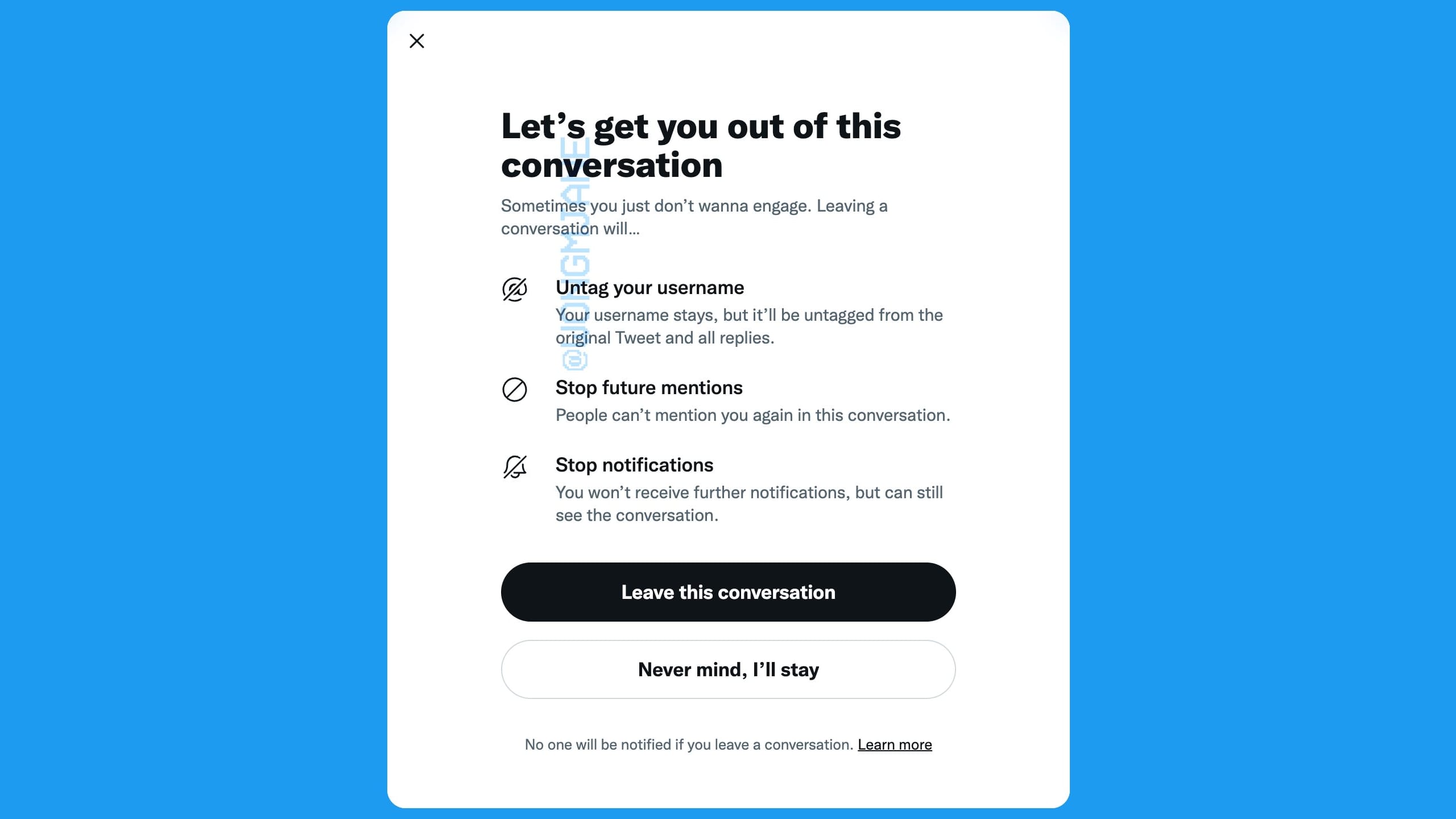 “We’re experimenting with Unmentioning—a way to help you protect your peace and remove yourself from conversations,” the Twitter Safety account tweeted out a GIF showing what “unmentioning” will look like.

Leaving the conversation still won’t prevent people from seeing the mention, but it will no longer be hyperlinked to your Twitter handle. And once you’ve removed yourself from a Twitter thread, no one can add you back. Twitter has been working on “Leave this conversation” for a while now. In February 2022, Researcher Jane Manchun Wong shared a screenshot of an onboarding UI.

Twitter could add more functionality before rolling out this feature to all users. According to early concepts that Twitter designed Dominic Camozzi shared earlier, Twitter could alert you if an account that doesn’t follows you mentions you. There might even be an option to stop all Twitter users from mentioning you for one day, three days or seven days.

How to untag and remove yourself from a Twitter thread

To untag yourself from, and leave a Twitter conversation, select the Twitter thread you no longer want to be part of, then click the share icon and choose the option labeled “Leave this conversation”. You will then be greeted with an onboarding screen laying out how “unmentioning” works. Hit the “Leave the conversation” to continue or “Never mind, I’ll stay” to cancel.

Twitter is currently testing this feature with some users on the web. Watch this space to stay informed as to when removing yourself from Twitter threads will roll out to all Twitter users on mobile, desktop and web.

Leaving a thread will untag you and stop future mentions/notifications. People won’t be able to mention you again in this convo. No one in the thread will be notified if you “unmention” yourself, which is how untagging yourself should work in a public forum like Twitter. Your username will stay in the original tweet and all replies but as plain text, and you’ll still see the conversation. Read: Tips for using Twitter search