The feature should help lower the number of likes on tweets that are labeled as misleading. 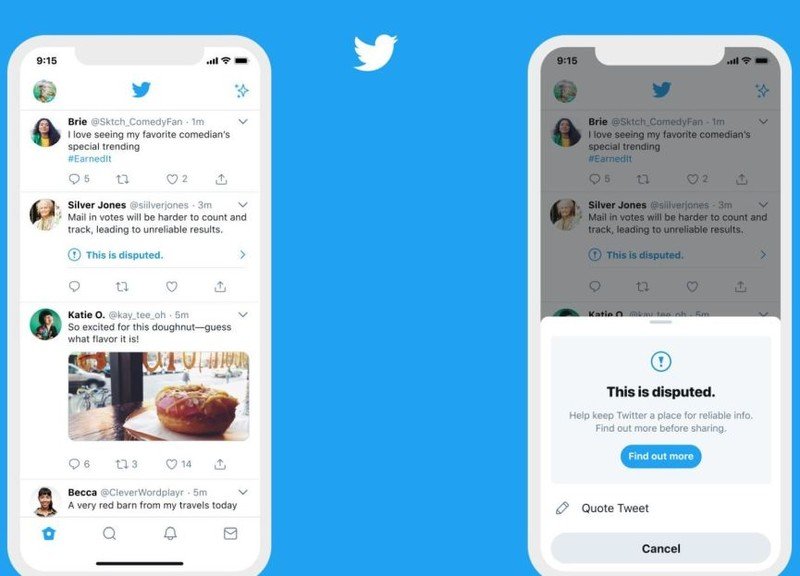 Earlier this year, Twitter began testing a new feature that enabled flagging tweets containing misleading or potentially harmful information. Ahead of the 2020 U.S. election, it began showing a warning to users when they tried retweeting a tweet that had been labeled for including potentially misleading information. Now, the social media company has revealed plans of showing a similar warning when users try to like a labeled tweet.

Twitter says adding prompts when retweeting labeled tweets decreased quote tweets of misleading information by an impressive 29% during the election. It is now hoping that showing a warning before users like such tweets will help further reduce misinformation on its platform. You will soon start seeing a warning with a “Find out more” button when you try to tap on the like button on a post that has been labeled as misleading.

Giving context on why a labeled Tweet is misleading under our election, COVID-19, and synthetic and manipulated media rules is vital.
These prompts helped decrease Quote Tweets of misleading information by 29% so we’re expanding them to show when you tap to like a labeled Tweet. pic.twitter.com/WTK164nMfZ

Twitter had revealed earlier this month that it labeled around 300,000 tweets as disputed and potentially misleading between October 27 and November 11. Out of the 300,000 labeled tweets, 456 were blocked from being liked or retweeted by users.

As per The Verge, the new feature will begin rolling to Twitter users globally on the web and iOS platforms this week. It will also be available on Android devices in the coming weeks.