One of the most comfortable ways of removing Windows apps is provided by the free application O&O AppBuster. Designed by the German company O&O, AppBuster was released for users of Microsoft’s Windows 10 operating system to remove included Windows applications, including hidden ones. 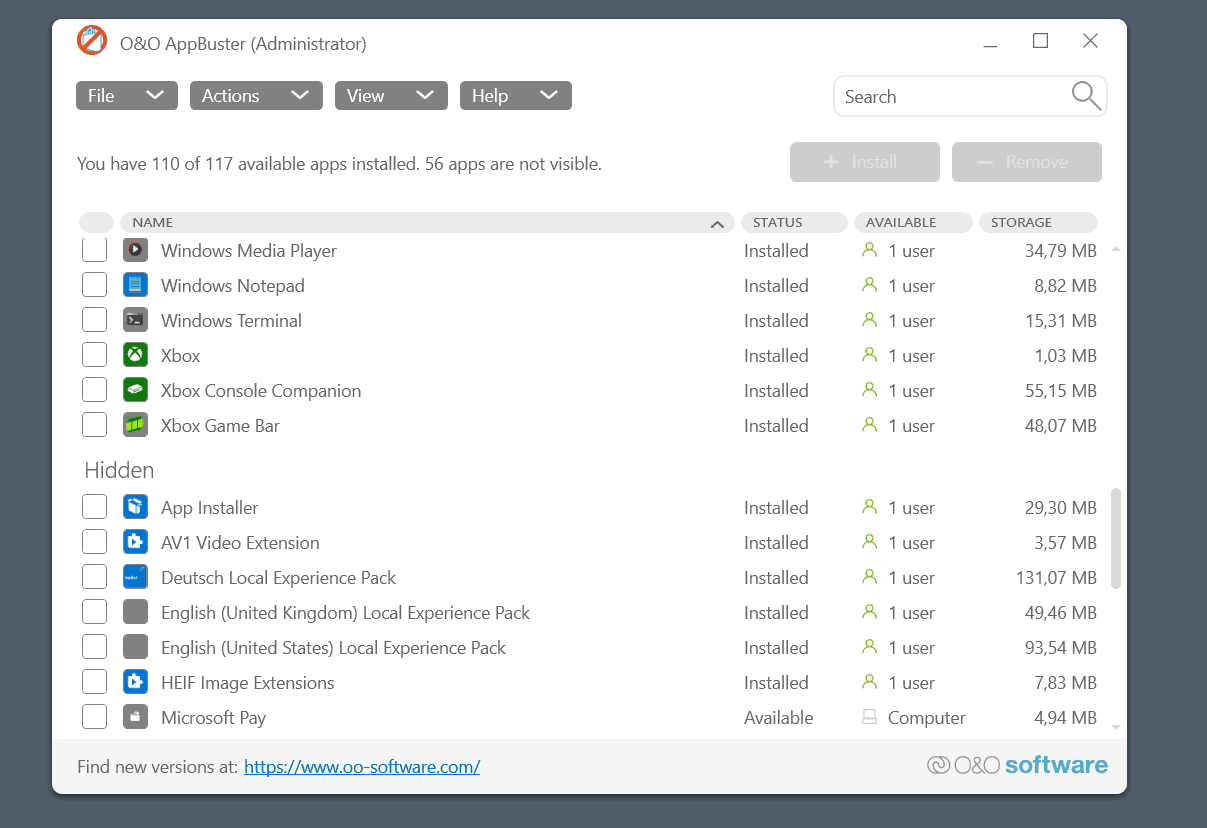 In late 2021, O&O AppBuster was updated to support Windows 11, the operating system that Microsoft released a few months earlier.

Windows administrators may want to remove apps that are not needed or wanted on Windows machines. Why keep Paint 3D installed if Paint is available, or a third-party solution that is better?

Windows administrators have other means at their disposal when it comes to the uninstallation of Windows apps. Some can be removed from Settings > Apps, but many can’t. PowerShell can be used to remove apps, but this is not suitable for many users. Other apps, including GeekUninstaller or winget may be used as well.

O&O AppBuster is an easy to use application. Download the latest version from the official website and run it afterwards on a Windows system. The app provides a list of installed Windows apps, sorted into normal and hidden groups.

The latest version introduced support for a dark mode, which you may enable under View.

Options to enable listings for system apps and frameworks are provided via the view menu at the top. While the latter two may be displayed, apps in those groups are not removable using AppBuster. 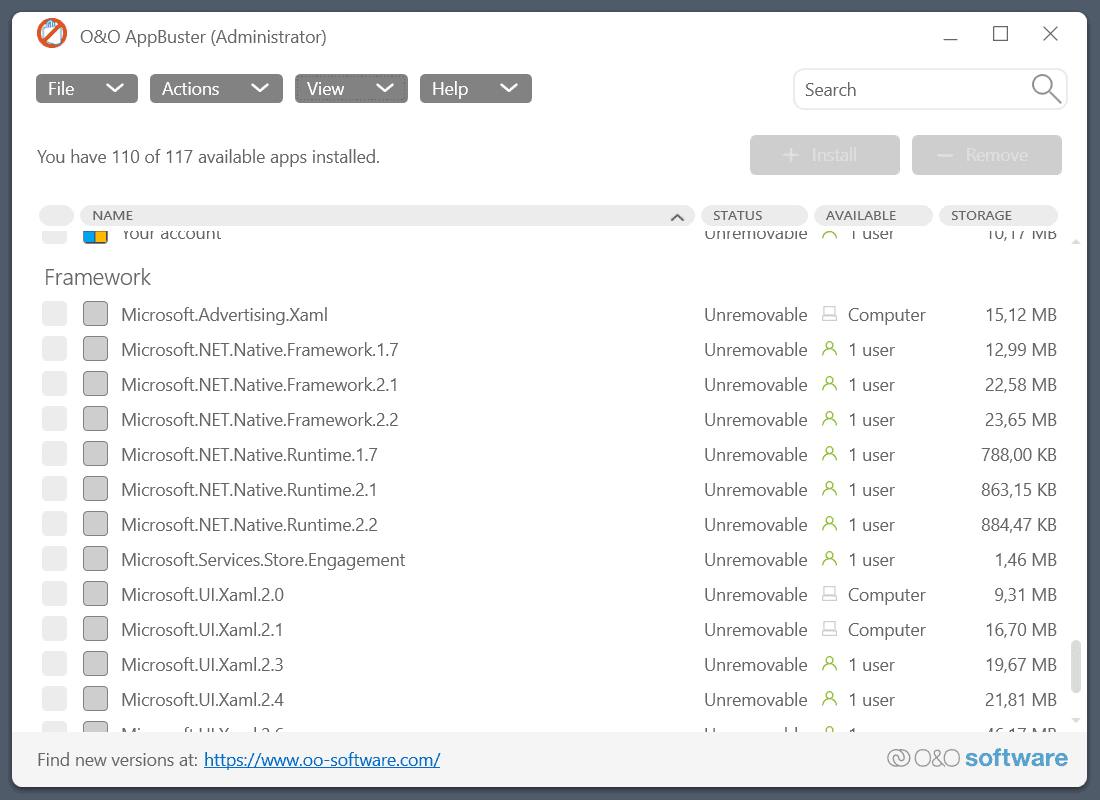 Each app is listed with its full name, installation status, availability, and storage space that it occupies. From there, it is just the matter of checking the boxes of apps that you want to remove from the system. O&O AppBuster supports the installation of apps as well, which you may also initiate from there.

The latest update of the application, released in April 2022, introduced support for uninstalling apps for the current user, all users or the computer. While you may use AppBuster to remove apps from a single account, you may also use it to remove it for all users in one go, or the computer. 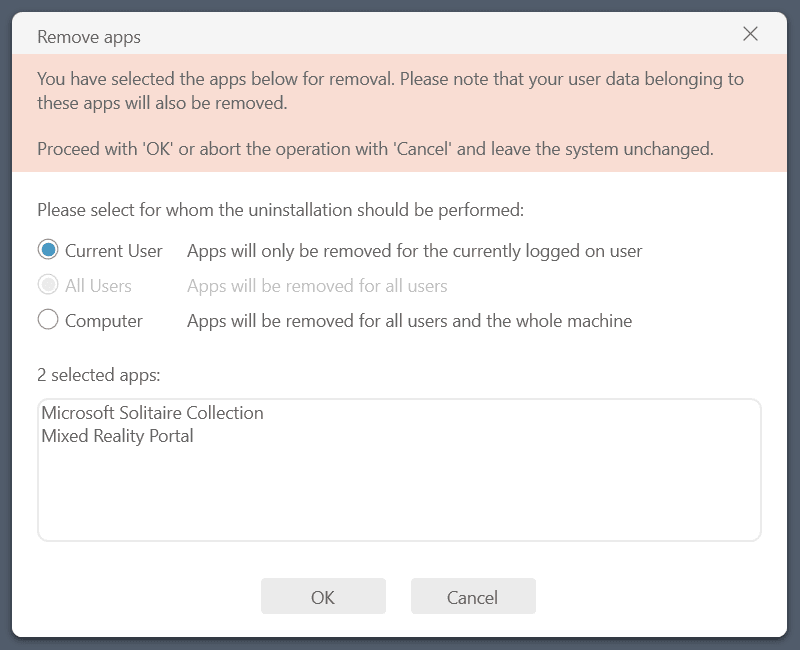 AppBuster supports creating system restore points for recovery purposes. Once you have made the selection, the selected apps are removed according to these specifications.

The most recent version optimizes the order in which apps get removed from the system (according to mutual dependencies).

Note that you can’t install apps again using AppBuster if you remove them from the entire machine. You may be able to install them again from the Microsoft Store or through other means.

O&O AppBuster is an easy to use program to remove default Windows apps. It is free, supports the bulk removal of normal and hidden apps, and creates a system restore point before the removal for recovery purposes. While it can’t be used to remove system apps, most users may not need that functionality on their devices.

The post Uninstall Windows apps for all users in bulk with O&O AppBuster appeared first on gHacks Technology News.