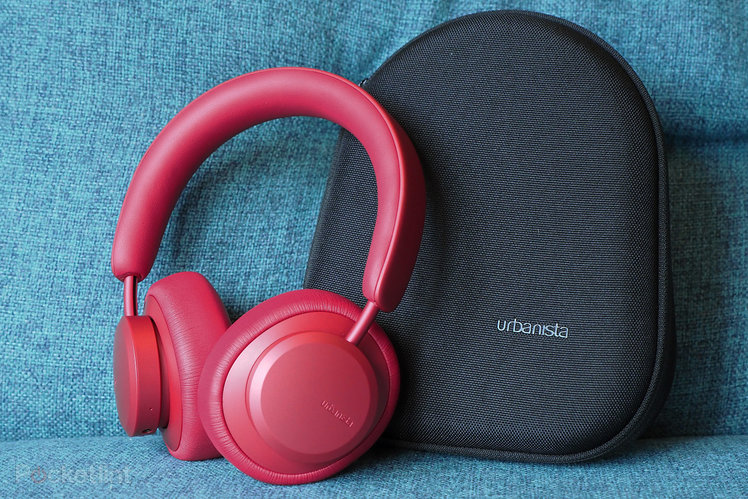 It’s not often you see a pair of active noise-cancelling (ANC) over-ear headphones for little over a three-figure asking price. But that’s exactly what Urbanista has delivered in the Miami, its over-ear and – we must say – rather eye-catching and comfortable headphones.

But at this price point surely something’s got to give, right? There are some obstacles the Miami can’t quite overcome, but considering the price we suspect you’ll struggle to find a finer pair of over-ear cans – especially ones with ANC as part of the package.

After sliding open the box you’re presented with a hard shell, zippable carry case. It’s decent quality, too, not the afterthought draw-string bag type you’d get with many headphones at this price point. It’s not quite as snazzy as the one bundled with the Bose NC Headphones 700 – but those over-ears cost about three times the price. 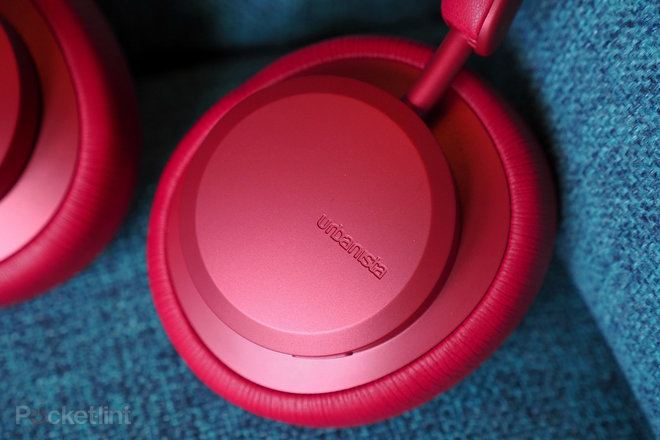 Unzip the Urbanista case and the Miami headphones are neatly nestled within – matching the exterior box colour, which is a nice touch; there’s red (as reviewed), black, white or green options – with a little cardboard box holding the charging cable, 3.5mm wired cable and old-skool flight adapter (a dual 3.5mm pronged one).

Impressive as all that is – although the USB-A to USB-C charging cable, at a mere 15cm end-to-end length, is short – it’s the Miami headphones that impress yet more. The finish is robust, yet the headband and earcups are coated in soft, plush material that’s genuinely comfortable for long periods of wear. These cans fit with just the right amount of pinch too – so they stay on your head but don’t try and crush your brain out of your eyeballs. 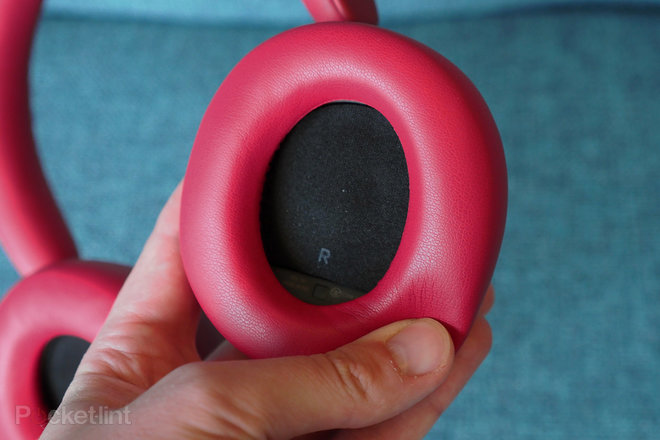 Design-wise it’s actually the button arrangement that lets these headphones down somewhat. The left earcup is fine, as this just has the feature button to control active noise-cancellation (ANC). One press goes from default (i.e. ‘nothing’) to ANC on, to ambient passthrough (for hearing surrounding spoken word all the better).

The right earcup, however, has this odd and tightly positioned trio of buttons: the top and bottom ones adjust volume, or might skip a track if you press for longer; while the middle control button is for power and pairing, but there’s no space between and it’s way too easy to hit the wrong ones – we just resorted to using our phone instead, or the on-wire control is fine (when not using Bluetooth). 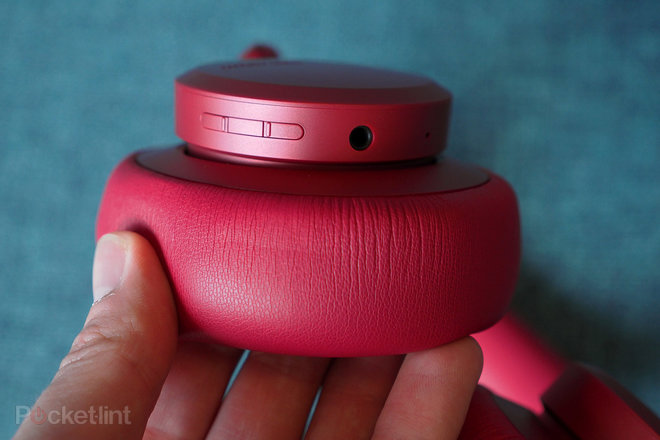 Connecting to Bluetooth is quick and easy and we’ve not had any problems with maintaining that connection to MacBook or various phones. We must say, however, that given volume output levels the Mac couldn’t deliver sound levels to our satisfaction (unless wired) – only via a phone have we been able to surpass the recommended output level using Bluetooth to deliver the sound impact we require. That’s more a legislation issue than an Urbanista issue though.

When it comes to audio the Miami deliver a big and bold sound. There’s no lack of bass here, that’s for sure, although you could also say it runs away with itself sometimes too. That can create a listen that’s less cohesive than a higher-end set of cans – but, let’s face it, we’re talking about affordable over-ears here and, that considered, this sound will more than satisfy many a listener. 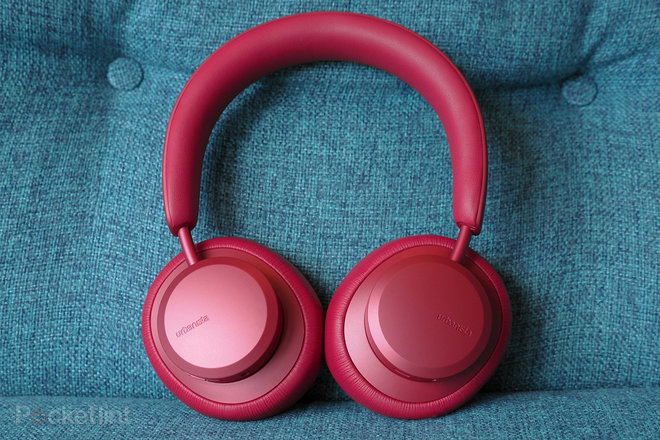 That’s thanks to the 40mm drivers, which can deliver down to a claimed 20Hz – lower frequency than anything you’ll ever really hear in music, frankly, as 60Hz tends to be that bass guitar sweetspot – and up to a sparkly 20,000Hz at the upper end.

In summary: you’re not going to miss anything that’s present in a track, even if the nuance of placement and space isn’t as deftly handled as the best products on the market. Again, though, at this price you’ll be left grinning with the rhythmic delivery. And if you’re into bass music then, frankly, the punchiness of the low-end will push that grin into more of a gurn (the good kind). 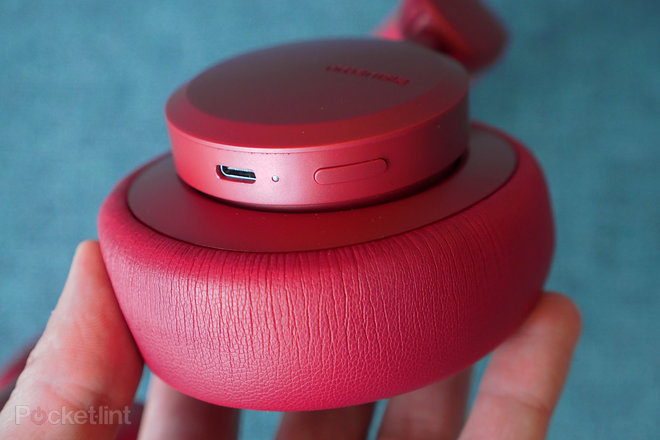 The addition of active noise-cancellation is also a nicety, but it’s what you’d call subtle here. Use these headphones on the London Underground and you won’t shut out a lot of the clatter and general surround noise – well, cranking up the volume will help somewhat – unlike some of the best options out there.

That’s not to say the ANC doesn’t have its worth though. On a quiet day, sat in the kitchen, we thought we were in near silence – but turning the ANC on zapped away a higher frequency sound emanating from the fridge (one we barely identified as being there). Knowing that kind of hissing frequency all too well, we therefore suspect that the Miami will do a fine job of culling aeroplane engine noise from within a cabin – something we can’t wait to find out again when we get on a plane to, who knows, Miami? 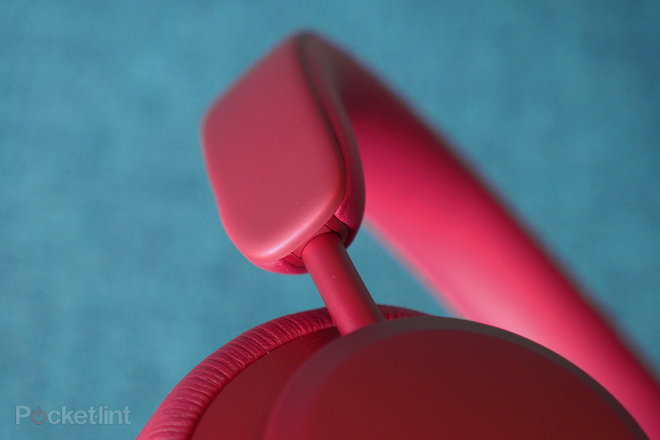 As the ANC is subtle means it doesn’t eat into the battery life too considerably either. The consensus is 40 hours per charge with it active, up to 50 without it, and potentially more when listening by wire only. We’ve been listening throughout work days for a full week and still haven’t reached the battery warning – can’t say better than that.