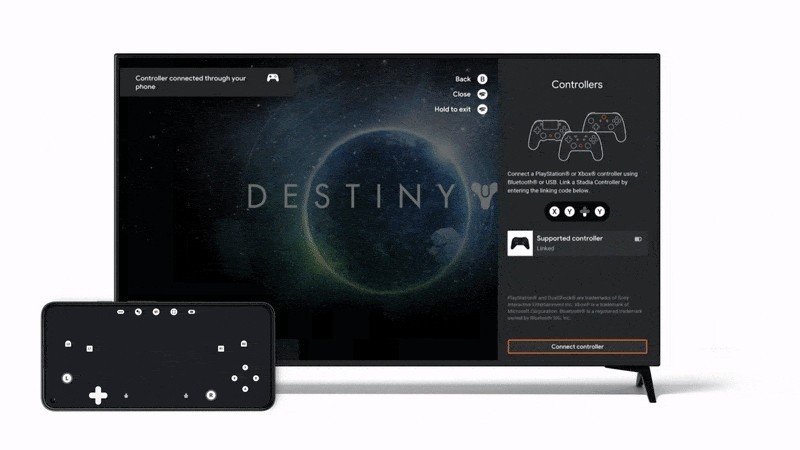 When Google Stadia first launched at the end of 2019, early adopters of the game streaming service could only use the Chromecast Ultra and the Stadia controller to play games strictly on their televisions. It wasn’t until earlier this year that Stadia could support more Android TV devices with hardware able to sync compatible Bluetooth, PlayStation 4, and Xbox One controllers. Now players can use their smartphone as a virtual gamepad to play Stadia games on the TV, and here is how to do it.

Your mobile device’s touch screen will become a virtual gamepad to play Stadia games on the TV. It includes the control sticks, directional pad, buttons, and trigger inputs from the Stadia controller. It also contains the Google Assistant button to access and the Capture button to take screenshots or record in-game videos. It may not offer the same tactile feedback that a physical controller can provide, but can work perfectly fine if you do not have a Stadia controller or compatible third-party controller.

Using the phone as a controller also lowers the barrier of entry into the Stadia ecosystem, considering this method also works with LG Smart TVs running webOS 5.0 and webOS 6.0 after a native Stadia app was added. Of course, the whole point of Stadia is to play some of its best games without requiring a list of additional hardware, and more options are always welcome. 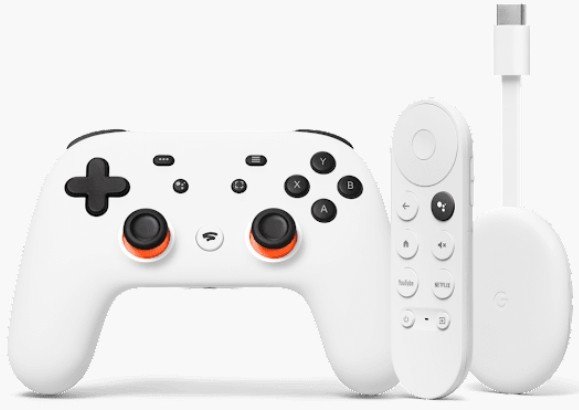 Play and Watch with Google TV Package is the latest Stadia bundle containing the Chromecast with Google TV and a Stadia controller to play Stadia games on the television easily. Remember, the controller is not required since your Android phone or iPhone can be used as one instead.