How much do you know about your graphics card? Some people may know the name and the model of the GPU, but that may be the extent of their knowledge, others may not know the brand even. 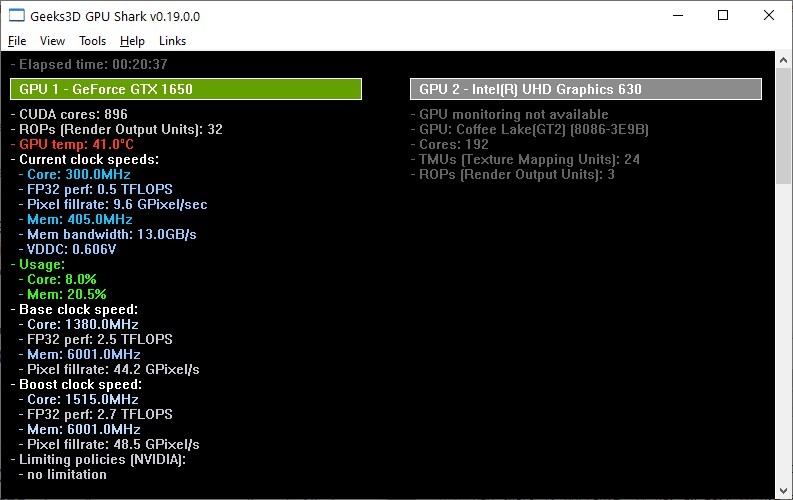 Most users may not know about the video adapters capabilities, its clock speeds, RAM, and other advanced parameters. A tool like GPU Shark provides the answers.

This is not an overclocking tool like MSI Afterburner. It’s a monitoring tool, so it’s pretty safe to use even if you aren’t an advanced user.

GPU Shark is a portable application. The interface is user-friendly, it has a menubar and a large pane. The program displays a summary of your graphics card: this includes the name of the GPU, the number of CUDA cores it has, Render Output Units (ROPs) and other information.

The next set of data lists the graphics card’s temperature, current clock speeds, and usage. The clock speed readings includes the core frequency in MHz, FP32 performance in Teraflops, Pixel Fillrate in Gigapixels per second, Memory frequency in MHz, Memory Bandwidth Gigabytes per second, and VDDC (GPU volatage) in Volts. The usage indicators tell you the percentage of the current load on the core and the memory.

These values can change as you use your computer, and since it updates the values in real-time, you can use GPU Shark to monitor your graphics card’s performance. The Base and Boost clock speed summaries are useful, as they tell you the limits of the GPU, i.e., the maximum values it can reach.

Use the hotkey Ctrl + C, to copy the report to the clipboard.

You may have noticed that the program doesn’t display software information about the video adapter. To view those, click on the View menu and select “Detailed Mode”. This expands the GPU Shark interface, and puts a lot more information on the screen. 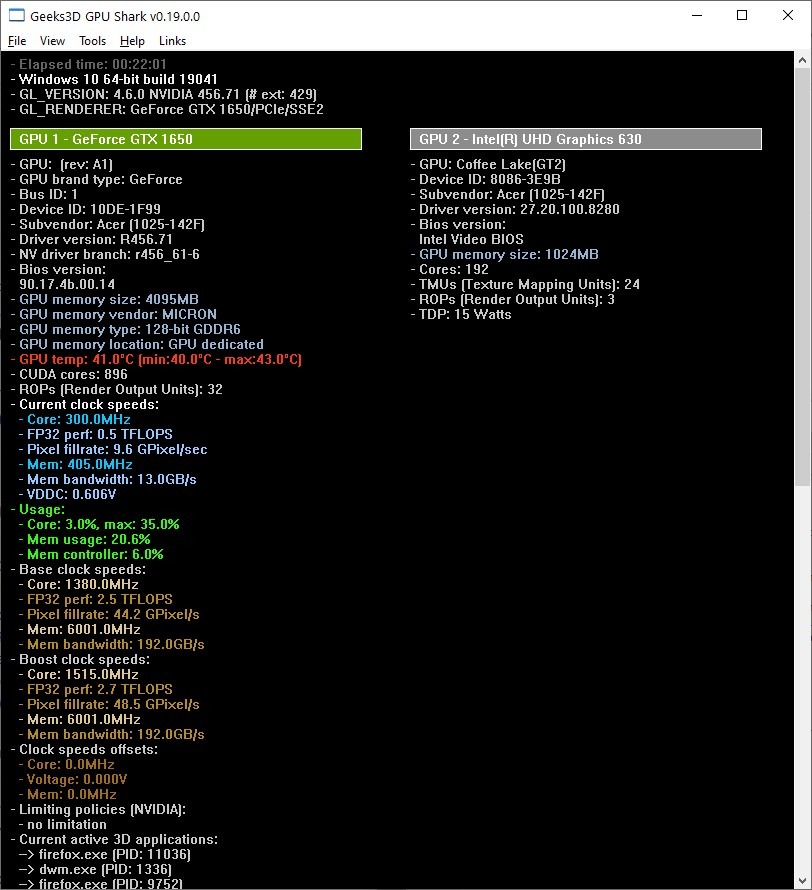 Scroll down the list to see the currently active 3d applications, i.e., the running programs which are using the graphics card. Revert to the default mode by clicking on the simplified view. 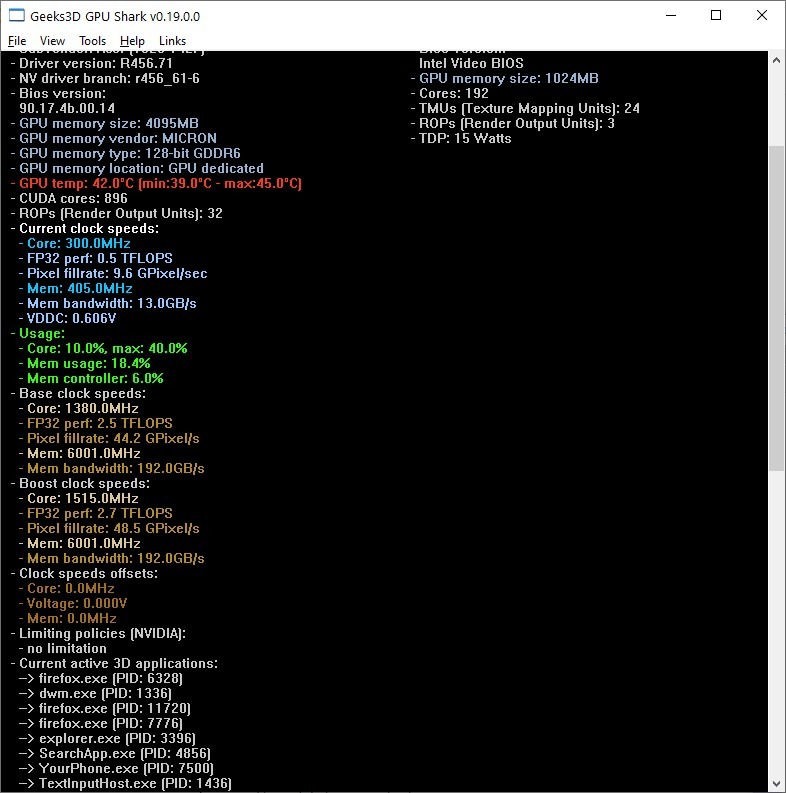 Click on the Tools menu to view the open GL information of your video card. 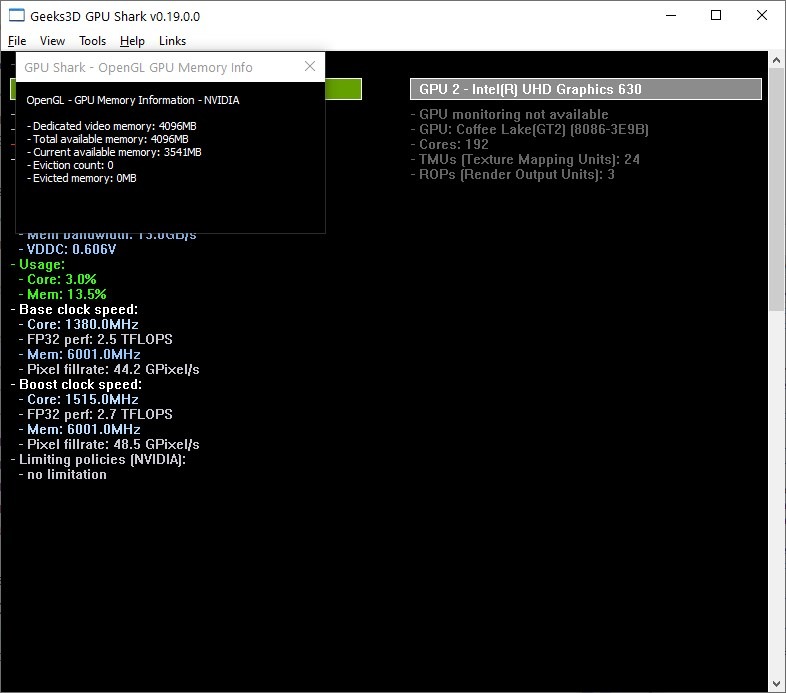 The average user is likely to be satisfied with the simplified view of GPU Shark, even that is a little too technical. Pro users, gamers, and hardware geeks will find the detailed mode a rich source of information.

Thank you for being a Ghacks reader. The post View advanced information about your graphics card with GPU Shark appeared first on gHacks Technology News.