Microsoft has officially released Visual Studio 2022 for Mac (version 17.0), roughly ten months after the first private preview was launched. The new version of Visual Studio comes with a brand-new UI based on the native macOS design, replacing the old design that was using a mix of UI technologies. Additionally, the IDE now runs on top of .NET 6, which means it now runs natively on Apple Silicon Macs, promising a performance uplift of up to 20% compared to Visual Studio 2019.

While it feels more native to Mac, this release will also feel more familiar to Visual Studio users coming from Windows. Terminology has been updated to match the Windows version of Visual Studio, plus there are new features like the Git Changes window and a new drag-and-drop experience for tool windows so you can move tools around more easily. 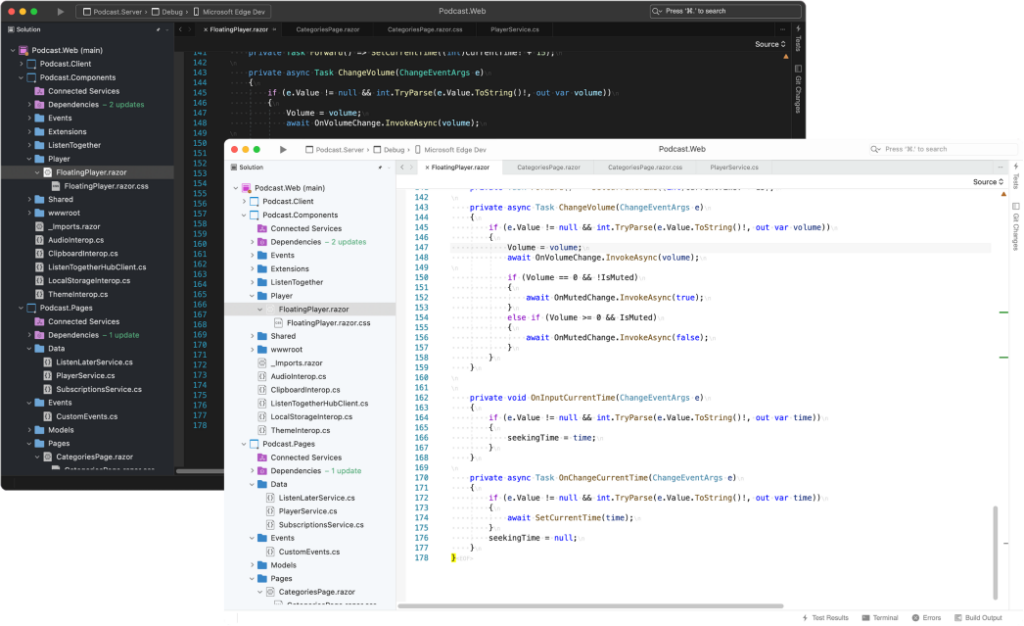 One thing that’s missing from this release is support for .NET MAUI, the capability that makes it easier to write a single codebase for apps that look modern on both mobile and desktop devices. However, that’s part of the first preview for Visual Studio 2022 for Mac 17.3, which is also available today. Preview 1 comes with initial support for .NET MAUI tooling, and it will also support .NET 7 for the first time. This update also includes further work on the transition to the new native UI for macOS.