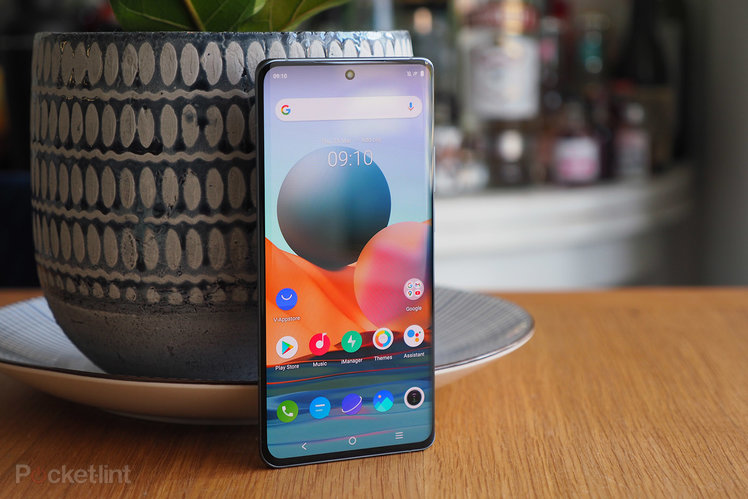 Phone makers are jostling for rank when it comes to camera setups, by getting into deals with various high-end optics and camera companies. It started with Huawei and Leica. More recently it was the turn of OnePlus, with its Hasselblad collaboration. Now, to try and oust them all, Vivo is showing off its talents with Zeiss.

The first phone to take the biggest benefits of this co-engineering partnership is the Vivo X60 Pro+. It’s got a considerable camera setup – just look at that protruding bump! – with Zeiss T* lens coating, a large-scale Samsung GN1 main sensor, and a newly updated gimbal stabilisation 2.0 system to keep video smoother than, well, any other phone-maker can manage.

Which all sounds rather mouth-watering from a phone brand that, realistically, doesn’t yet have much weight with consumers in the West. Can the Vivo X60 Pro+ – which may appear in Europe at a later date and with a different name – turn the tide and become the new camera phone king?

The X60 Pro+ is part of a trio of devices. There’s also the X60 and X60 Pro, which we’ve compared in this feature here. In short: the three devices look more or less the same, but the cameras step up considerably between each model.

The finishes are all different, too, the Pro+ available as pictured in Emperor Blue, or with a more orangey hue Vegan Leather (which we’ve not seen in pictures or person). We’re a bit perplexed about the decision to use these finishes on the highest-end X60 model because, well, the finish looks like cheap plastic really – almost like a case.

That hits home all the more when sitting the X60 Pro and Pro+ side by side, because the lower spec model – as shown above in Midnight Black (on the left side) – is, to our eyes and hands, the much better looking of the pair. So, Vivo, let’s have Midnight Black or another nice ‘frosted’ fingerprint-resistant finish for the Pro+ next time around please.

There is some benefit to this finish though: it’s textured, so aids with grip; while fingerprints are also kept at bay, unlike you’ll find with glass-backed phones the world over. Although, given the huge protrusion of the camera unit on the back, we suspect you’ll want to pop this phone in a case to help equalise the way it sits on a surface or desk – Vivo includes a simple clear plastic one in the box, which does the job, but is nothing fancy. 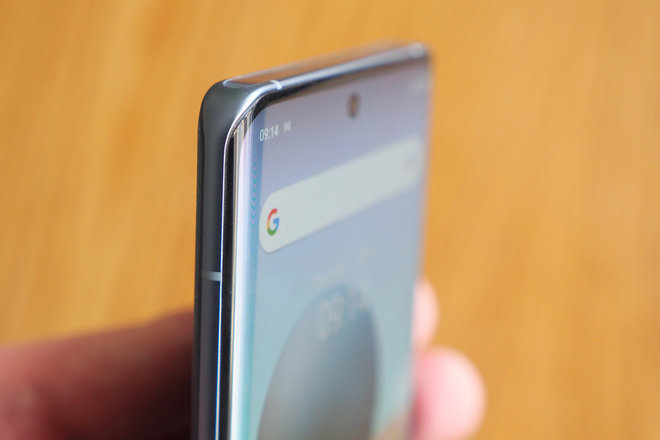 So to the screen, which here is a 6.56-inch AMOLED panel, the very same as seen in the last-gen Vivo X51. It’s got curved edges, which are increasingly on the out in 2021 designs, but is a generally lovely looking and well proportioned panel – not too big or unwieldy.

There’s little top and bottom bezel to worry about, making for a reasonably full-screen display that’s only interrupted by the single central punch-hole camera. If you use facial recognition to log-in – instead of the capable in-display fingerprint scanner – then there’s a little animation around the edge of that lens which is rather fun.

Where the 2021 flagship pushes the envelope – well, catches up with the competition – is in refresh rate, now offering a 120Hz maximum. This can be set to automatically switch between 60Hz, 90Hz and 120Hz as the software deems fit, in the aid of battery life, or fixed to your preference. Scrolling through the software is silky smooth as a result. 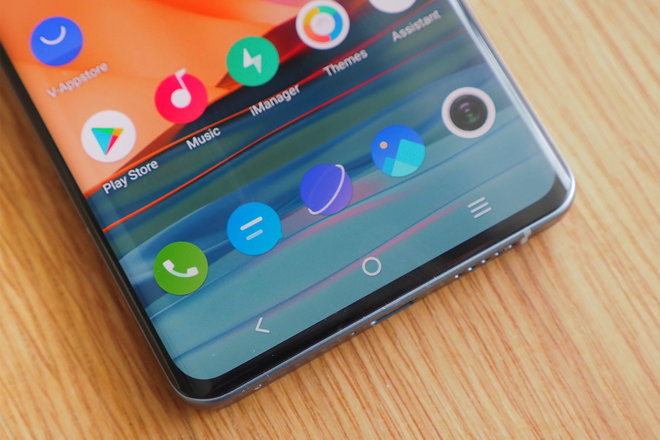 Resolution isn’t of epic proportions – and the 2376-by-1080 pixel count reads as rather unusual – but there’s plenty enough sharpness here to cater for most needs. And no problems with scaling as we had seen in earlier Vivo models.

Where the Pro+ really sells both that “pro” and “plus” appendage is in the hardware department. Under the hood is Qualcomm’s Snapdragon 888 processor, the best-in-class for 2021, which is a step beyond what many others are using – the Moto G100, as one example, opting for slightly lower grade Snapdragon 870, as are many others. 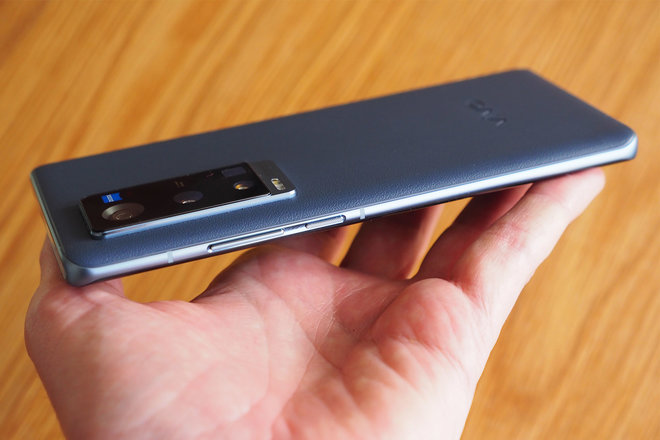 The 888 platform is super powerful, so paired with the 12GB RAM standard and that 120Hz display, it’s super fast and can dig into the most demanding of apps and games with zero fuss. There’s even an interesting feature allowing for 15GB RAM total, by using an extra 3GB RAM from the ROM, where available, should that be needed when dealing with massive tasks – perhaps if you’re on a camera shooting spree, while dozens of apps are processing in the background.

At present, we’ve got the global version of the X60 Pro+, which means it arrives with both Google Play Store and Vivo’s V-App Store in tandem. That’s not ideal, due to app duplication, but it’s not a total disaster either – partly because you can use it as you would any usual Android device (Google’s Android 11 is running in the background, with Vivo’s FuntouchOS over the top), partly because when the regional variations do arrive they will be with singular stores (as we saw with the X50 when it launched as the X51 in Europe).

As such we’re not going to dig deep into the software ups and downs here. Having spent only a small amount of time with the device, we’ll be awaiting the updated software and regional handset to see what’s what for a final review. 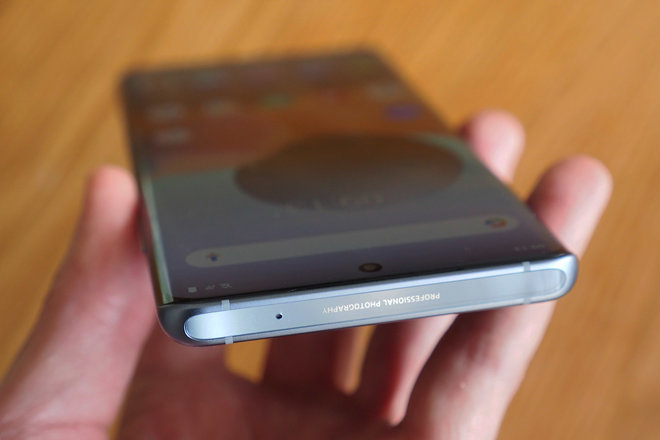 The same can be said of battery life: we’ve not given this version of the X60 Pro+ quite enough grilling to get a true picture of what that 4,200mAh battery can muster. It’s a reasonably large cell, but with Snapdragon 888 and 120Hz cutting into it, an extra 20 per cent capacity wouldn’t go amiss – although that would result in a larger and potentially thicker device as a result (and the current 9.1mm is hardly super slim).

Cameras: Zeiss it up

But onto the real deal reason that you’re probably looking at this Vivo phone: the cameras. And we’ve got to say, the X60 Pro+ is mighty impressive in this department – the current flagship mainstays could certainly learn a thing or two (ignoring the watermarking being on by default – which is beyond irritating!). 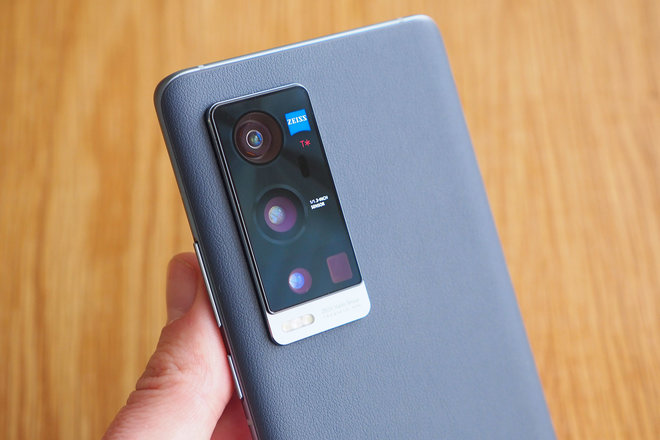 That big camera lump to the rear earns its scale considering what’s housed within. The main sensor is a Samsung GN1, which is a physically large size, offering 50-megapixel capture (output as 12.5MP by default, using four-in-one pixel processing). Then there’s a wide-angle, at 48-megapixels, which is far from an afterthought like most other makers’ wide cameras are – it’s got lots of resolution and support from a gimbal stabilisation system. On the zoom front there’s a 2x portrait lens and a 5x periscope optical zoom.

That’s a lot of cameras, but not one sells itself short. So many phones these days claim to have “quad” camera systems, but actually end up with a pair of useless depth sensors or a macro sensor that you’ll never use. Not so the Vivo X60 Pro+. This is how cameras should be done in phones.

The main sensor is very capable, revealing lots of detail, focusing without quarrel, and delivering decent range and colour, with HDR taking over shadow and highlight balance. The Zeiss hand comes into play here, too, with that T* coating helping in terms of sharpness and avoiding flare. But, if anything, it’s the seamless nature between the four cameras that we appreciate the most: it looks as though all the images in the zoom set, below, are shot by one and the same device. You won’t get that from a OnePlus 9 Pro.

The wide-angle is suitably impressive, too, only faltering towards the edges where you can see purple shadowing – chromatic aberration, as it’s known – and, surprisingly, issues with flare (tut, tut Zeiss) when shooting around brighter light sources.

A big part of the wide-angle lens being selected as a higher-resolution option, however, is for video use. Because this sensor benefits from the gimbal stabilisation system – now in its second-generation format – it crops into the sensor to select the best quality area, avoiding those blurry corners and aberrations.

And that stabilisation system is a stunner. We’ve been shooting all our Pocket-lint quick-take social media videos with this camera, even over our proper camera, because it’s just so much smoother at negating walking steps, handshake, and so forth. It’s really like the system gives the sense of floating – and no other camera in a phone is this adept when it comes to video capture, in our view.

The portrait lens is also decent, while the 5x periscope lens – the lowest resolution of the four – is the only one out of the lot that seems a little stretched compared to the others (some samples above, including 100 per cent ratio for pixel-peeping eyes). Still, this collection of lenses and know-how is no doubt the shining star of the X60 Pro+.