The latest version of the operating system for the Apple Watch – watchOS 7 – added a wealth of new features, such as sleep tracking, handwashing detection and new types of workouts to Apple Watches, but it’s also added a fair few problems.

Here’s what you can expect from watchOS if you install it on your wrist, and how to fix problems such as workout data disappearing, battery drain and unexpected reboots and restarts.

We also have news of the next update to watchOS 7 which is currently in beta. Details below.

When was watchOS 7 released?

Will my Apple Watch get watchOS 7?

Apple Watch Series 3 to Series 6 will work with watchOS 7, paired with iPhone 6s or later running iOS 14 (or later).

The original series Watch (or Series 0 as it’s also known) will miss out on watchOS 7, as it didn’t make the cut for watchOS 6. That also leaves Series 1 and Series 2 behind. Owners of the Series 2 will find this particularly galling, as the devices are still perfectly usable in 2020, but it could simply be a case that Apple wants to move forward in terms of features and the older hardware wouldn’t be able to cope with the demands.

What is the latest version of watchOS 7?

Since watchOS 7 arrived on 16 September a number of updates have been issued by Apple. The company is also working on beta verisons of the watchOS software.

watchOS 7.1 is currently in beta – the final version of the beta was released on Monday 2 November. The update will focus is on bug and security fixes, with no new features expected. We anticipate that watchOS 7.1 will be launched after the 10 November ‘One More Thing’ Apple Event.

watchOS 7.0.2 was designed to fix unexpected battery drains. It also resolved an issue that prevented some users from accessing the ECG app in regions where it is available, according to Apple.

watchOS 7.0.1 fixed problems with payment cards in Wallet not being displayed, and an issue with workout data not being saved properly.

There have been a number of problems with the watchOS 7 updates. While some have been fixed by the updates above, often the updates introduce new issues, so read on to find out whether any of the problems you are experiencing are shared by others.

If you are an Apple Watch 3 owner you have likely been the most affected by these issues.

Some Apple Watch SE models appear to have heat problems, a claim corroborated by photographs from South Korean users and one US user showing a yellow spot on the screen. More information here: Reports of heat issues with Apple Watch SE.

Apple’s own support forums were full of reports from Watch 3 owners complaining about recurrent forced reboots, bugs and generally poor performance for their Apple Watches.

The update to watchOS 7 seemed to ruin battery life. We fixed our Apple Watch battery issues by restoring to factory settings. watchOS 7.0.2 is also supposed to address the issue.

Apple provided advice for those experiencing diminished battery life, suggesting that they should unpair the watch and phone, make a new backup and then restore from that new backup. More here: Apple offers extreme solution to watchOS 7 bugs.

Apple addressed a problem with workout data now being saved properly in watchOS 7.0.1, but even then some people were still having problems recovering their data.

Specifically people were finding that workout route maps were missing in the Fitness app on their paired iPhone for previous GPS-enabled workouts from the Apple Watch.

Apple published a support document to help fix sync problems with Fitness and Health. As above, the advice was to unpair the watch and phone, which saves a fresh backup of all data from the watch, then make a new backup of the phone, before resetting the iPhone and restoring from the backup.

The Activity, Heart Rate, or other health-related apps may fail to launch or load data on your Apple Watch.

These problems were addressed in the first update to watchOS 7.

Users reported that their Apple Watches were locking several times a day; even while being worn on the wrist. If you are having to enter the security code several times a day you aren’t alone – although a later update fixed the problem.

Some Watch owvers have reported that complications do not loa, this has also been addressed in an update.

WatchOS 7 was a sizeable upgrade over its predecessor now with a particular focus on personalization, health and fitness. With watchOS 7 Apple introduced several features that have long been on the wishlist of Apple Watch users. Here’s what you can expect if you install the software:

WWDC 2020 announced major advancement in watchOS 7’s complications. Watch owners can now access multiple complications and infinitely customize the look based on their priorities and interests. New parents, for instance, can organize multiple complications in a single face for a detailed look at bottle-feeding, breast-feeding, or pumping metrics – and such configuration can be shared.

This comes as a direct development of the Infograph, which allowed up to 8 complications and first appeared on the Apple Watch 4.

watchOS 7 will also include the Chronograph Pro face with a tachymeter which can display details on speed based on time traveled over a distance. 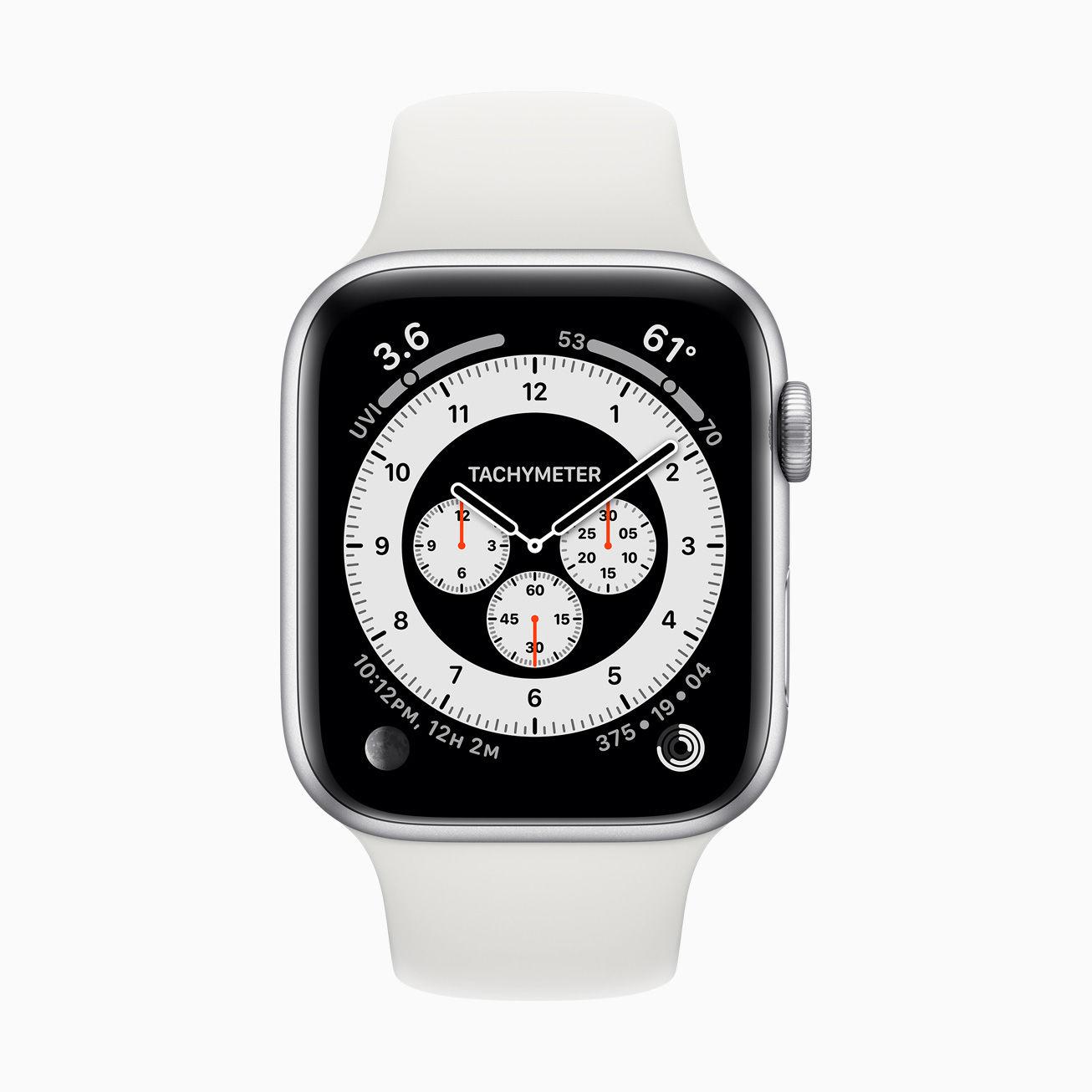 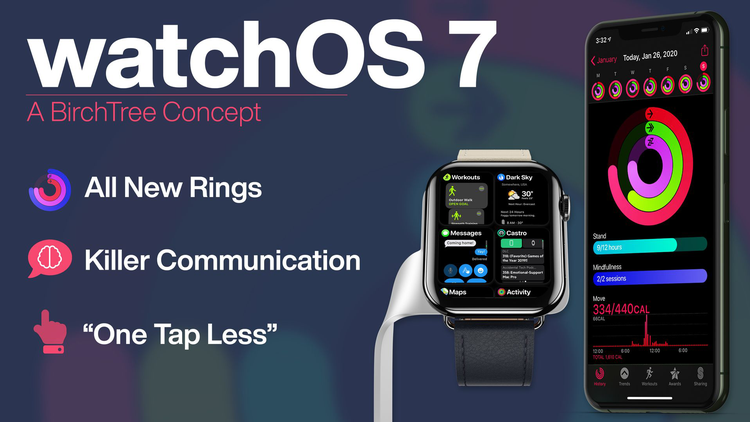 In a new feature called Face Sharing, watchOS 7 will allow users to share and adapt new face configurations onto their own devices as curated by third party apps, social media, websites and even personal contacts.

Previously, if a friend of yours had their watch face set up in a way that you really like, you’d have to ask them how they put together that particular configuration and then try to emulate it on your own Watch. WatchOS 7 allows your friend to now send their layout to you and have your device the automatically adapt that arrangement.

In a major step forward, sleep tracking is finally a reality on the Apple Watch. With Watch OS 7, Apple offers what it calls a “holistic” approach to sleep hygiene, including features to build a healthy pre-bedtime routine. WatchOS 7 works with wind down features on iOS 14 that reduces distractions and helps users personalize a night routine.

Machine learning on watchOS 7 will allow the Apple Watch to monitor sleep quality using the accelerometer to measure the wearer’s micro-movements, which indicates the user’s wake or sleep breathing patterns. Users can see visualizations of their sleeping patterns in the morning, along with trends. 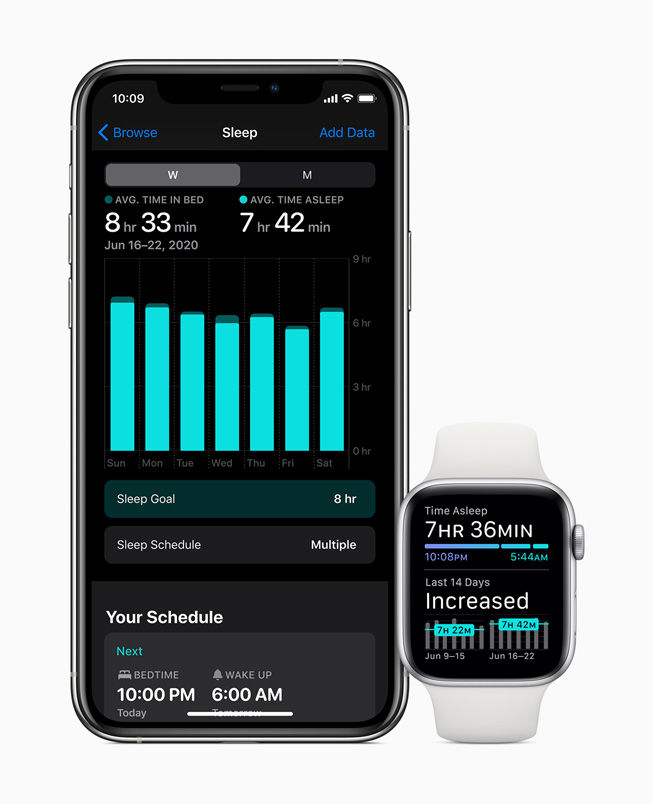 Alarms on watchOS 7 allows users to wake up using gentle audio or haptic feedback, which buzzes so you don’t disturb your partner.

Sleep monitoring has been long anticipated. Last year, Apple teased or accidentally revealed a Sleep app that Twitter user Daniel Marcinkowski spotted in a screenshot for the Alarms app. 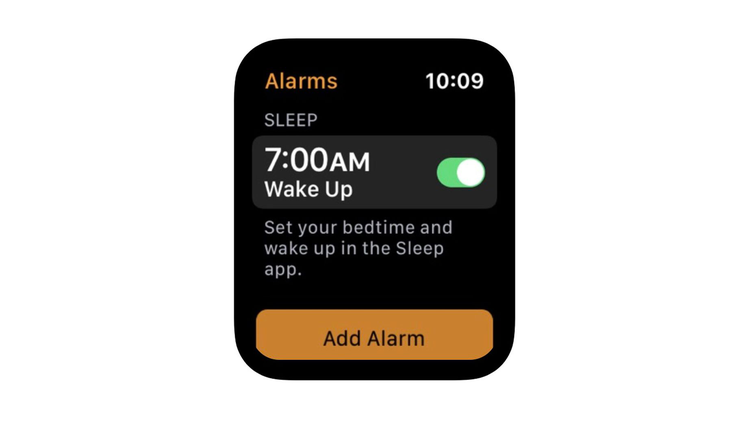 The biggest addition to Watch OS 7 workout types is the inclusion of Dance, which tracks popular dance styles like Hip Hop, Latin, Bollywood and cardio-based dance. Using the accelermometer and gyroscope watchOS 7 can now detect the differences and combinations of upper and lower body movements and combine this with heart rate data.

The Activity app has also been newly branded as Fitness and will continue to provide users metrics on daily activities, workouts, awards, competitions and trends. 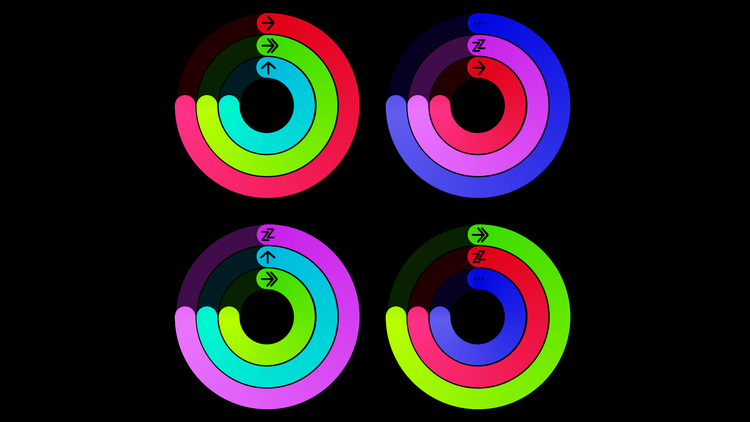 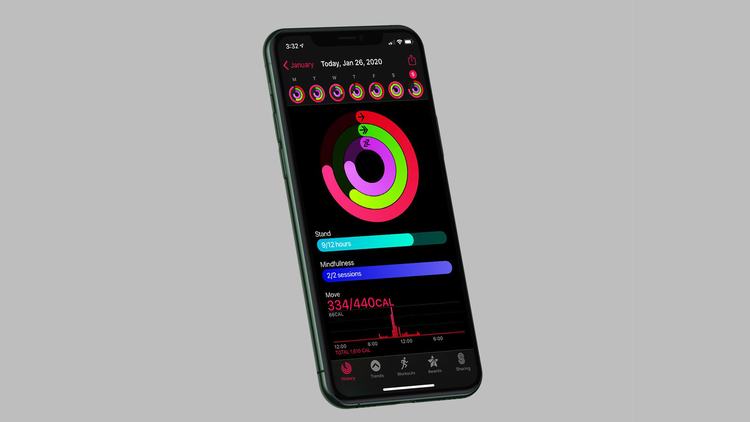 Read about how Apple Watch can remind you to wash your hands.

Also possibly as a response to Covid-19, iOS 14’s improvements on maps will expand to watchOS 7 with greater optimization for cycling directions – a welcome update as most gear up for commutes while avoiding public transit.

Watch OS 7’s attention towards cycling will provide users details like time and distance of travel along with information on bike lanes, stairs, and when you might need to dismount to walk your bike. You can also see details on inclines to avoid routes that are hillier than others.

Another health-related feature that’s set to make its debut in watchOS 7 as an Apple Watch Series 6-exclusive feature is the ability to measure the oxygen content in your blood via the heart monitor.

This could be very important for some, as the measurement would indicate whether the wearer is in danger of cardiac arrest or potential respiratory problems.

Many other new Apple Watch features weren’t announced at WWDC, including:

Finally, with many parents now passing their older Apple Watches down to their children, Apple is reportedly preparing some parental control features for the new version of watchOS. These should include restrictions on apps, times the device can be used, and age-related access to content. Expect something similar to the ScreenTime feature in iOS. 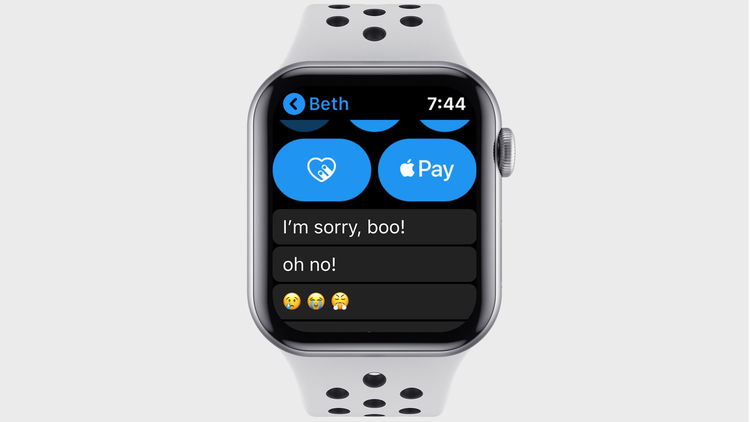