Wayward Strand is, without a doubt, the hardest game to review out of any I’ve played in recent memory. This isn’t because it’s a poorly written game, or because it’s a technical mess that made it unplayable.

On the contrary: Developer Ghost Pattern‘s writing is simple yet effective, and there aren’t any major technical issues to be found. Instead, the issue stems from the fact that it’s less an enjoyable gaming experience and more of a narrative experience with a clear message.

This is because the game doesn’t tackle a common theme or topic, even for an indie title. Set in the 1970s, the game takes place on an airship that was refurbished into a hospital after it drifted into a coastal town several years back.

Players take the role of Casie, a 14-year-old girl who has been brought onto the ship by her mother to help out while the hospital is short-staffed. She has been tasked with assisting in the care of the elderly patients aboard the ship for the next three days, though no specific instructions on how to do so are provided.

As a result, the player is left to figure out how best to help each resident – and even who to help – on their own time. And I do mean their own time; players are subjected to a constantly ticking clock that limits how much they can do in a given day. They can only be with so many people in the three days they’re given, and certain key events will only trigger if one is with a given patient at the right time on the right day. As a result, the stories players will experience can vary widely from one playthrough to another.

Adding to all this is Wayward Strand’s dialogue system. When interacting with the different patients aboard the ship, players will be forced to choose how they react to certain situations and what to ask characters about. Their choices will impact what they learn about any given person, whether they’re able to help them properly, and what stories they see to their conclusion.

It’s an interesting conceit and gameplay loop, to be sure, but also an anxiety-inducing one. This is because almost every character players can interact with feels fully fleshed-out and interesting to engage with. One will want to learn more about them and spend as much time with them as possible to find out how their stories play out.

Even after only an hour or two with them, I cared about every patient and wanted to optimize my time spent with them so that I could see them all as much as possible. Even then, it was clear I only saw a fraction of everything that could be gleaned from their stories thanks to the choices I made in dialogue, and I knew I’d need to do another playthrough or two to experience everything the game offers.

It’s something that Wayward Strand should definitely be commended for, and other titles could learn a lot from the way it forces players to value the time they spend in it. This remains true throughout the game, too, making it a rare example of a title that nails its design conceit all the way through its short but sweet playtime.

And yet, it isn’t a game that everybody would find enjoyable. This is less because of the gameplay and more because of the topics tackled in the story and dialogue, namely, those around empathy and how people treat the elderly.

While there’s plenty of calm interactions and slow reveals of larger stories playing out, there are also other moments that are tense and stress-inducing. Not only that, but their more grounded portrayal makes them hit home all the more effectively. More than a few left me ready to turn the game off and take a break, not because they were graphic or frustrating but because they hit too close to home on topics that most anyone has probably experienced.

This leaves the game in that awkward position of being a worthwhile experience but also not a fun one to play. Likewise, this can make it difficult to replay the game, knowing one will have to go through these moments again, running counter to the necessity of replaying the game to see its many different story branches and snippets.

Fortunately, everything else that makes up Wayward Strand is serviceable enough to make the experience enjoyable. The graphics are smooth and stable, while the art design lends everything a soft and warm feeling. The characters and environments are designed to look like they’re part of a picture book in motion, and when all these elements come together, it serves to make the game visually enjoyable no matter what’s happening between the characters.

The same could be said of the audio and sound design. The voice acting is all solidly done and fully conveys the emotions of each character beautifully. While this can make terser exchanges more devastating, it also makes the happier and more tender moments hit in just the right way. This is all the more true when paired with the gentle and relaxing music that wafts through the air during every gameplay segment or with the light, sound effects used to make the airship feel active and alive.

When all is said and done, Wayward Strand is a great narrative experience but not a game for everybody. The lack of clear direction and rewards can make its simple gameplay loop feel overwhelming, and the grounded themes it tackles aren’t always easy to get through. For those willing to give it a look, though, it’s a game that offers characters who players won’t be able to keep from falling in love with, and the experience it offers will stick with whoever plays it long after the credits roll. 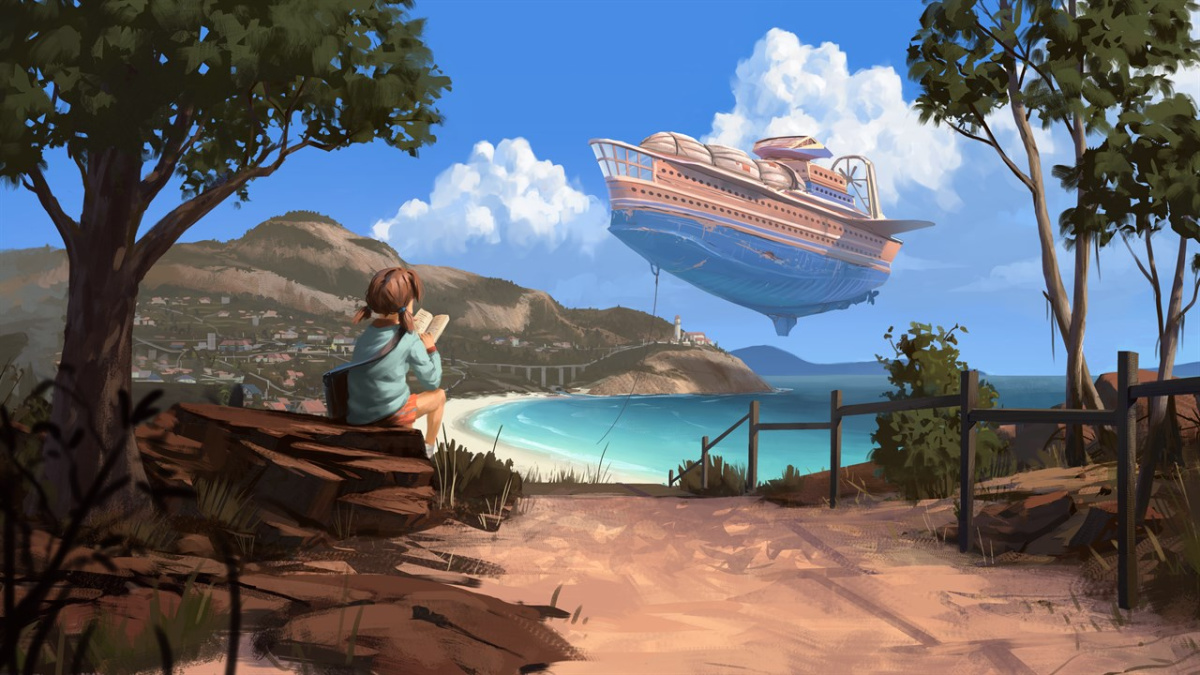