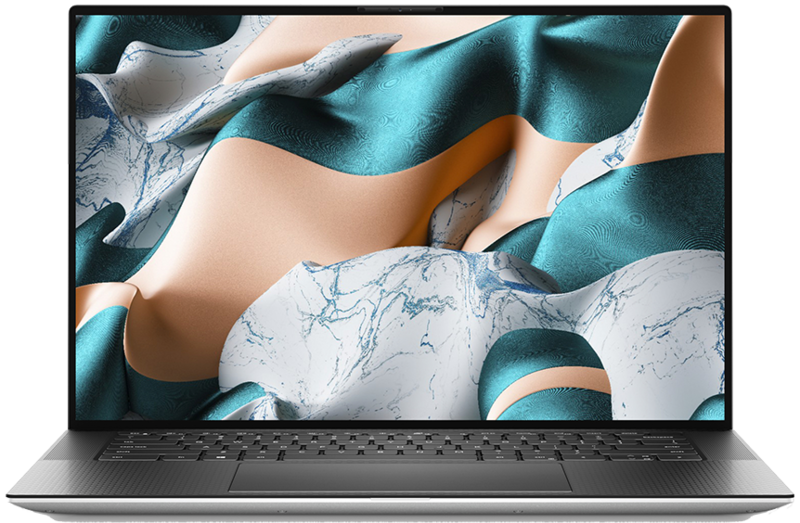 The XPS 15 is our pick for best 15-inch laptop thanks to beautiful and varied display options, tons of performance, compact build, and good keyboard and touchpad. It costs more than the Inspiron 16 Plus, but it is the superior laptop in terms of build quality, design, and power. 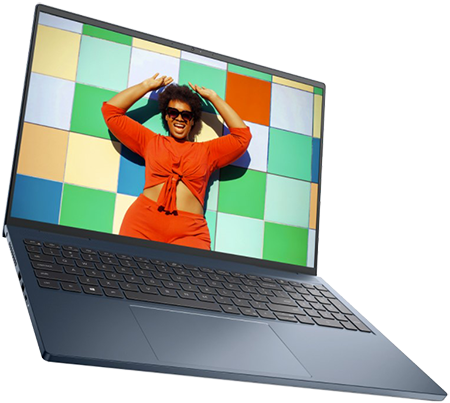 The Inspiron 16 Plus is a relative newcomer to Dell’s stable, seemingly acting as a replacement for the Inspiron 15 Plus. It packs similar performance hardware as the XPS 15, it has a larger display, and its battery is the same size. However, it’s not built as well, and the keyboard and touchpad aren’t quite as comfortable. Still, you’ll save some money here.

Dell seems to have — at least for the time being — discontinued its non-convertible Inspiron 15 7000 (also called 15 Plus) laptop, paving the way for the new Inspiron 16. You can still find the Inspiron 15 at some third-party retailers, so be sure to have a look at our XPS 15 vs. Inspiron 15 7000 comparison if your heart is set on the smaller laptop.

The XPS 15 starts at about $1,372 for a model with Windows 11, 11th Gen Intel Core i7 CPU, 16GB of RAM, 512GB M.2 SSD, NVIDIA RTX 3050 discrete graphics, and an FHD+ non-touch display. There are lesser configurations available at third-party retailers, but it looks like Dell’s official site is phasing out stock to make way for the next XPS 15 refresh.

Dell XPS 15 vs. Inspiron 16 Plus: Design and features 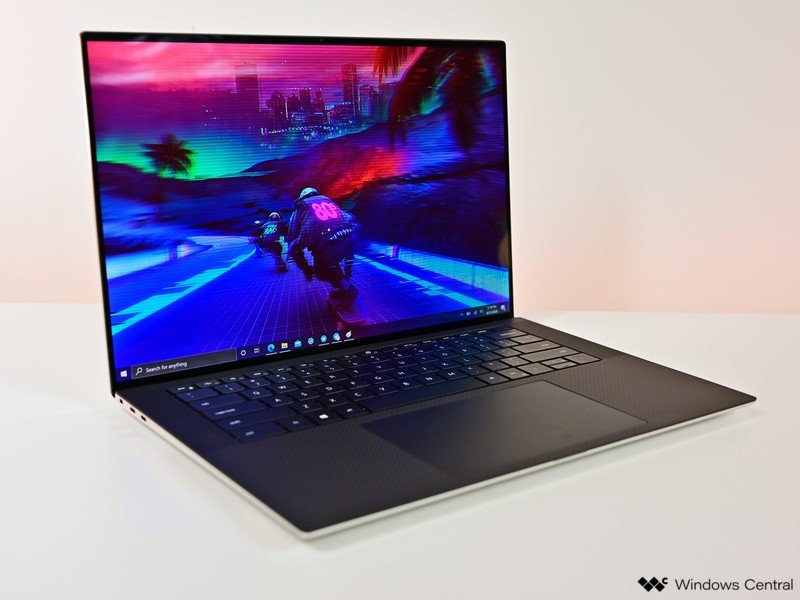 The XPS 15 9510 hasn’t changed much since the XPS 15 9500. It has outstanding build quality, primarily made from aluminum and carbon fiber. It’s a bit lighter than the Inspiron 16 and has a smaller footprint. The Inspiron 16 Plus also has an aluminum chassis, though it’s not going to be as easy to carry around with you.

The XPS 15 has a better port selection, with two Thunderbolt 4, USB-C, HDMI, and a 3.5mm audio jack. The Inspiron 16 Plus has a single Thunderbolt 4 and no standard USB-C. Instead, it has two USB-A 3.2, HDMI, 3.5mm audio, and an SD card reader. If you don’t need USB-A, the XPS 15 should be a better choice. Both laptops will be able to connect to the best Thunderbolt 4 hubs and docking stations for expanded connectivity. 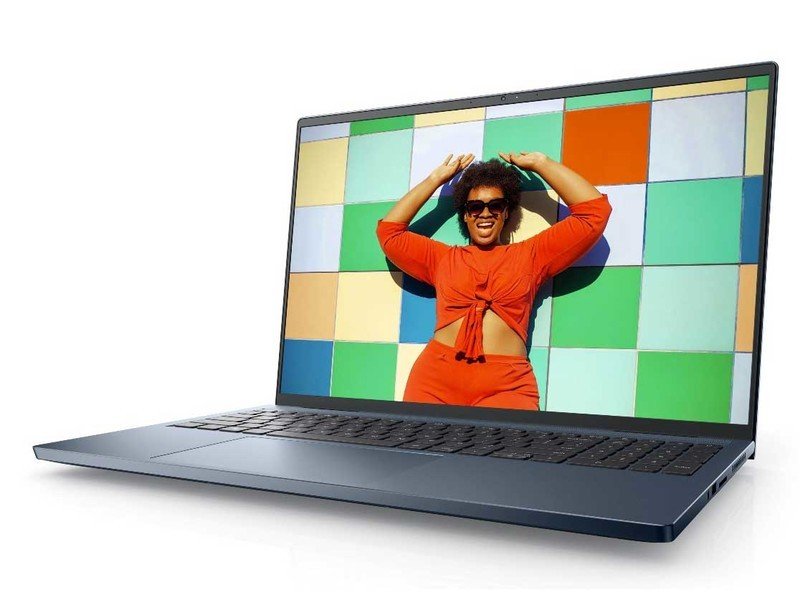 There’s no IR camera available for the Inspiron 16 Plus, and the fingerprint reader is optional. The XPS 15 has both security measures as standard features for Windows Hello. Otherwise, both laptops have front-facing 720p cameras located above the display.

Typing is tops on the XPS 15 thanks to plenty of travel and large keycaps. However, it lacks a number pad, which the Inspiron 16 Plus offers. The tradeoff for the Inspiron is shallower key travel. Both laptops have an enormous Precision touchpad, but again you’ll get a more solid feel from the XPS 15.

Audio is another easy win for the XPS 15. It includes two top-firing speakers (flanking the keyboard) and two down-firing speakers for a total of 8W of output. It’s one of the best audio experiences you’ll find from a Windows Ultrabook. The Inspiron 16 Plus has just two standard 2W speakers on the bottom. They’re decent, but they won’t match up to the XPS 15. 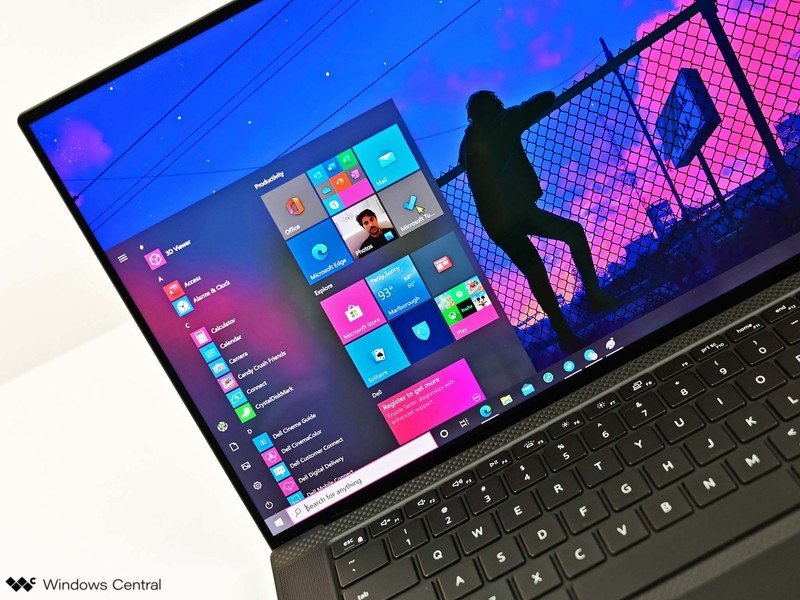 The Inspiron 16 Plus has just one display option, but it’s impressive. As the name implies, it’s sized at 16 inches with a 3072×1920 resolution, what Dell is calling 3K. That’s the same as Apple’s MacBook Pro 16. Color and contrast are excellent, and even those stepping into specialized work should be satisfied. It’s an IPS panel without touch function, with up to 300 nits brightness. It has a tall 16:10 aspect ratio for more screen real estate and less bezel.

The XPS 15’s three display choices make it easier to get exactly what you want.

Up next is an OLED option with 3456×2160 (3.5K) resolution. It’s touch, it has an anti-reflective finish, and 400 nits brightness. This is a new option to the XPS lineup, but it’s ideal for anyone who wants the deepest colors possible.

Finally, there’s a 3840×2400 (UHD+) option for anyone who wants the full 4K experience and more. It’s a touch display with 500 nits brightness and anti-reflective finish to reduce glare. The UHD+ model is getting harder to find, but some third-party retailers might still have a model in stock.

The 3.5K and 4K displays for the XPS 15, as well as the Inspiron 16 Plus display, should fare well for specialized work thanks to accurate color reproduction. But if you want the most choice — and just want the FHD+ display for better battery life — you’ll have to stick with the XPS 15.

Dell XPS 15 vs. Inspiron 16 Plus: Performance 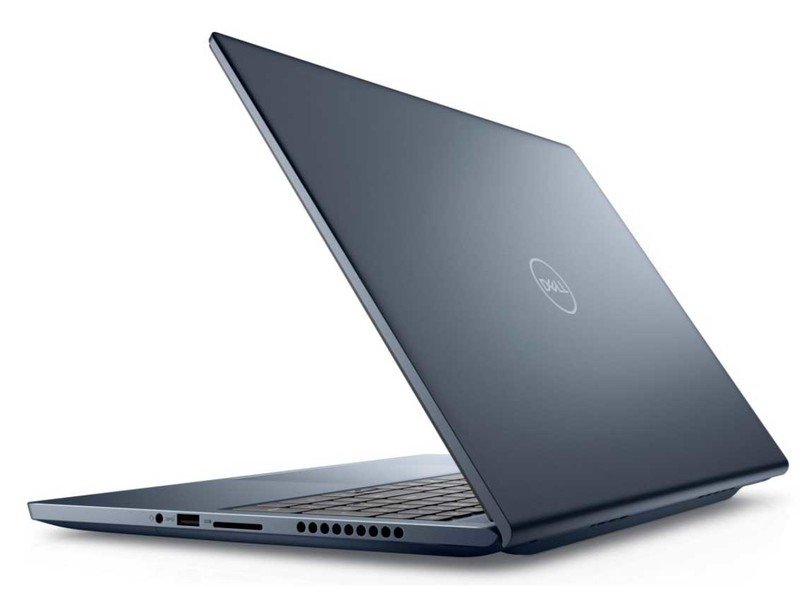 The XPS 15 has Core i5, Core i7, and Core i9 processors available, whereas the Inspiron 16 Plus tops out at a Core i7. They both use 11th Gen H-series Intel chips, so not much different there save the lack of Core i9 option. The Inspiron 16 Plus does beat the XPS 15 in terms of dedicated GPU; its RTX 3060 Laptop GPU should outperform both the RTX 3050 and RTX 3050 Ti available in the XPS model. The Inspiron also has an optional RTX 3050 if you don’t need quite as much performance. Otherwise, you can get Intel UHD integrated graphics in both laptops.

These are two of the best Windows laptops if you like having upgradeable RAM and storage. Both have two SODIMM RAM slots, as well as two M.2 SSD slots. The XPS 15 goes up to a whopping 64GB of RAM from the factory, whereas the Inspiron 16 Plus tops out at 32GB. Similarly, you can get up to 8TB of storage in the XPS 15 compared to 1TB in the Inspiron.

Battery sizes are the same between the laptops. If you go with integrated graphics, you’re looking at a 56Wh battery. With dedicated graphics, it automatically gets bumped up to 86Wh.

Overall, you’re going to be able to configure a far more powerful XPS 15. But the price difference isn’t going to appeal to everyone. For more options from the same manufacturer, check out our collection of the best Dell laptops.

The XPS 15 is a more powerful, more premium laptop

The XPS 15 costs more than the Inspiron 16 Plus, but its design, build quality, and many of its features are superior. An IR camera and fingerprint reader are standard, audio is some of the best around, and the three display options are hard to beat. This is also where you’ll find a Core i9 CPU and a lot more RAM and storage. See where the XPS 15 ranks in our collection of the best Windows laptops.

It costs more, but the XPS 15 (9510) is a high-end pick with tons of performance and extra features.

The Inspiron 16 Plus will save you a lot of money, especially as you scale up performance. The keyboard and touchpad might not be as impressive, the build might not be quite as good, and some extra features are lacking, but this is still a powerful machine with up to an NVIDIA RTX 3060 Laptop GPU. If neither of these laptops is really what you’re looking for, our roundup of the best Windows laptops has many more options.

The Inspiron 16 Plus can save you a lot of money and still deliver excellent performance. It just doesn’t quite match the build quality or features of the XPS 15.