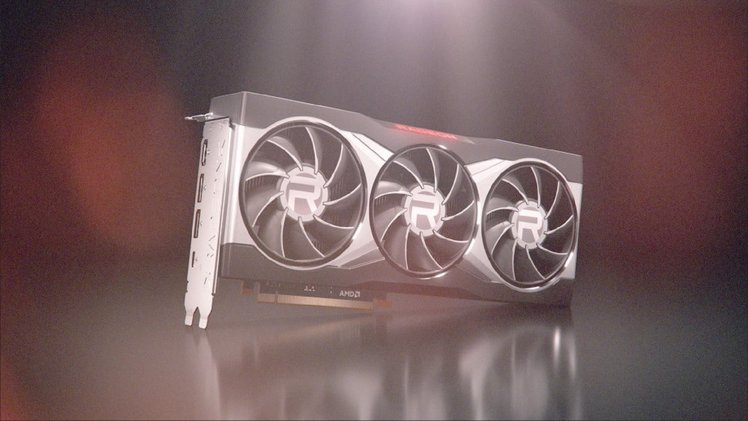 At the start of June 2021, during AMD’s Computex keynote the company revealed a number of new things including RDNA 2 powered mobile GPUs and FidelityFX Super Resolution.

AMD FidelityFX Super Resolution is AMD’s answer to Nvidia’s deep learning super sampling (DLSS). But what does it do and how does it work?

What is AMD FidelityFX Super Resolution?

In theory, AMD FidelityFX Super Resolution is a technology that’s designed to give gamers the best of both worlds. When activated, you’ll no longer need to choose between high frame rates and high-resolution graphics.

FidelityFX Super Resolution (aka FSR) is essentially designed to upscale your graphics while you play. Allowing you to output graphics with a higher frame rate but also at 4K as well. So while the game engine is rendering at 1080p, for example, the final output is 1440p or 4K.

In a similar way to Nvidia’s DLSS, AMD’s FidelityFX Super Resolution has four different modes. Ultra Quality, Quality, Balanced, and Performance. At one end of the spectrum, you have Ultra Quality which focuses on the best graphics while Performance gives you the highest FPS. 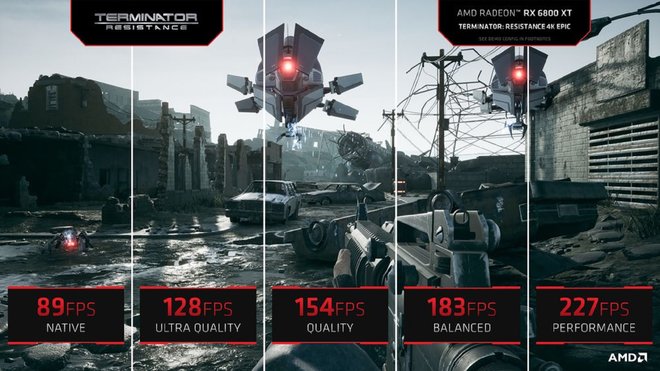 The idea is Ultra Quality mode would give you higher frame rates than you’d get trying to run games natively at a high resolution.

FidelityFX Super Resolution apparently makes two passes to improve the visual quality of the end graphics. The first being an edge-reconstruction upscaling algorithm that overhauls the graphics and a second which sharpens the final image up and adds more clarity.

Interestingly, the initial resolution changes depending on the mode you’ve selected. As an example, where the final output is 4K, the Ultra Quality mode would initially render at 2954 x 1662 before upscaling. While Quality Mode will use 2560 x 1440 and Balanced Mode will use 2259 x 1270 while Performance Mode uses 1080p.

Which GPUs does FidelityFX Super Resolution work with?

FidelityFX Super Resolution is designed to work with many more graphics cards than Nvidia’s DLSS offering. As it stands, FSR is supported by AMD’s RX 6000, RX 5000, RX 500 and 400 graphics cards. Interestingly it’ll also work on a variety of Nvidia’s GPUs too – from 10-series cards onwards.

As it stands FSR is compatible with more than 100 AMD processors with Radeon graphics and Radeon GPUs.

FSR is now generally available to use. If you have the right equipment and a game that supports it, then all you need is the latest AMD Radeon driver to get started.

Because of the open nature of FSR, there’s a chance that it will appear on consoles too in future.

Like Nvidia’s DLSS, FidelityFX Super Resolution relies on game developers to add the option to use it into their games. AMD says there are 80 game developers working on achieving this and there are over 70 games that currently support it now or will do soon. These games include:

There will be more games in future and you can see the list now as well as requesting your favourite games get support.

AMD posted a short featurette on YouTube demonstrating the optimisation work it’s done for Far Cry 6. In that video, the company showed off examples of its own Ray Tracing capabilities and tweaks to help gamers make the most of the game.

One of those enhancements included FidelityFX Super Resolution support where the game is shown running 90FPS instead of 60FPS on the same graphics settings. While it’s not shown what settings were used exactly, nor the hardware the game was running on, it’s still quite a performance boost.