Headphones and earbuds used to be pretty simple. They had just one task—playing music. But a relatively new feature called ANC or “active noise cancelation” has turned everything on its head. It’s now impossible to shop for headphones without running into this feature, which claims to cut background noise in any environment. And let me tell you, ANC is awesome.

Here’s the problem; ANC headphones or earbuds tend to cost a lot of money, and nobody wants to spend extra on something that they don’t understand. That’s why it’s time to learn how ANC works and evaluate any limitations or problems you might encounter when using ANC.

What Is Active Noise Cancelation?

Because headphones and earbuds cover your ears, they all offer some level of noise cancelation. But this “passive” cancelation isn’t very effective, especially when you’re on a plane, in a noisy office, or sitting next to an air conditioner.

And that’s where ANC or “active noise cancelation” comes into play. Headphones or earbuds with ANC don’t just cover your ears; they also use digital processing to cancel background noise. The result is genuinely mind-blowing, as ANC can instantaneously turn a noisy environment into a silent haven.

If you’re ever in a noisy environment that’s uncomfortable or distracting, ANC is an essential feature that you should look for in a new pair of headphones. But how does ANC work, and is it always a good thing?

How Does Active Noise Cancelation Work?

You probably know that sound, like light, travels in “waves.” And while light and sound are two very different things (light is radiation, sound is pressure), their respective waveforms function in similar ways.

We’re going to focus on waveform frequency, since that’s the most important part of understanding ANC. In un-scientific terms, frequency is the speed at which a wave jiggles. Light waves of a low frequency are red, for example, and low-frequency sound has a low pitch.

Oddly enough, low-frequency waveforms are also really good at traveling through space. That’s why the sky looks red in the evening. And unfortunately, it’s also the reason why your neighbor’s music rumbles through your home. An old-fashioned pair of headphones may “passively” block out high-frequency sounds, but it can’t defend your ears from low-frequency noise, hence the need for something advanced like ANC.

Now that you know a bit about waveforms, the science behind ANC is actually quite simple. Basically, headphones or earbuds with ANC use microphones to capture external noise. They then reverse the polarity of this noise (they turn the waveform upside down) and pump it into your ears. Because sound is a form of pressure, the “anti-noise” wave physically cancels out any obnoxious background noise that manages to penetrate your headphones.

The efficacy of ANC headphones or earbuds can vary depending on their design. A high-end pair of headphones may use external and in-ear microphones, for example. The external mics allow your headphones to quickly react to noise, while the in-ear mics can “hear” any low-frequency rumble that manages to reach your ears. (Some headphones use in-ear mics to detect if an ANC signal isn’t working properly.)

Earbuds rarely have any room for in-ear mics, so they’re often less accurate than full-sized ANC headphones. So, ANC earbuds may react quickly to external noises, they have a harder time canceling low-frequency rumble and cannot self-correct if something goes wrong.

Unfortunately, you can’t use ANC without sacrificing some sound quality. The technology isn’t 100% accurate, so you can expect a slight hissing noise when you activate ANC on most headphones or earbuds. You will also notice a decrease in sound quality if the headphones can’t create a proper seal over your ears.

And if you’re a natural-born audio sleuth, you may notice a change in audio fidelity when you activate ANC. That’s because your headphones need to add an “anti-noise” ANC signal to your music, which requires digital processing. While this processing shouldn’t hurt your music, it does call for extra power consumption, which can present some problems.

In a pair of wireless headphones or earbuds, using extra power will significantly reduce battery life. Manufacturers are forced to split the difference. Otherwise, customers will complain that their headphones don’t work long enough. So, when ANC is active, the drivers in your headphones receive less power, which reduces dynamics and frequency range but extends battery life.

Headphones and earbuds usually apply an EQ to music when ANC is active, which may combat the change in audio quality. Often times, this trick doesn’t work, though high-end headphones that undergo a ton of development may sound the same whether ANC is active or not. (The change in audio quality is most noticeable in budget earbuds, mainly due to cheaper hardware and a lack of R&D.)

Wired headphones aren’t free from this problem, by the way. Most wired ANC headphones contain a battery, as the “passive” signal from a 3.5mm cable can’t power a digital audio chip. When this battery activates, it alters the amount of power that’s available to the headphones’ drivers, which changes their sound profile.

When people first try ANC, they may feel a strange “pressure” on their ears. It’s a weird phenomenon that can be painful to some people, though it usually goes away once you get used to the feeling of ANC.

As with all things in life, the human brain is responsible for this problem. Our brains partially rely on our ears to detect changes in air pressure, so when a pair of ANC headphones cancels out a rumbling sound (especially one that’s loud and persistent), it can trick our brains into thinking that the air pressure has suddenly changed.

Humans usually pop their ears to deal with shifts in air pressure. But doing so won’t change the feeling of wearing ANC headphones. As a result, you may feel a bit of discomfort while using ANC.

Again, this problem usually goes away once you’re used to wearing ANC headphones or earbuds. But some people just aren’t built for ANC. Thankfully, the ANC mode on your headphones is optional, so you can turn it off at any time.

The Opposite of ANC: Transparency Mode

Now that ANC is a relatively common feature, headphone manufacturers are searching for other ways to help their products stand out. One new feature, which is actually the opposite of ANC, is usually called Transparency or Ambience mode.

Transparency mode takes external noise and pumps it into your ears, allowing you to hear your surroundings. It may sound unintuitive, but Transparency mode can help you avoid unwanted or dangerous situations while walking outside, going to the gym, or riding on public transportation.

Of course, this feature isn’t just for safety. You can use Transparency mode to hear family or friends without pausing your music, for example. I actually use it while cooking because it lets me hear food that’s sizzling in the oven or simmering on the stove.

I should also mention that, like ANC, Transparency mode is usually customizable. In some cases, headphones or earbuds even have a Transparency setting that focuses on voices and ignores other external sounds.

The 6 Best True Wireless Earbuds of 2022 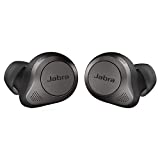 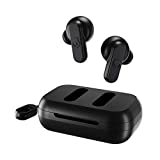 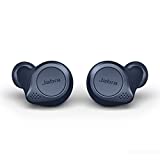 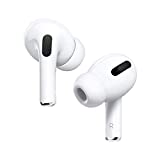