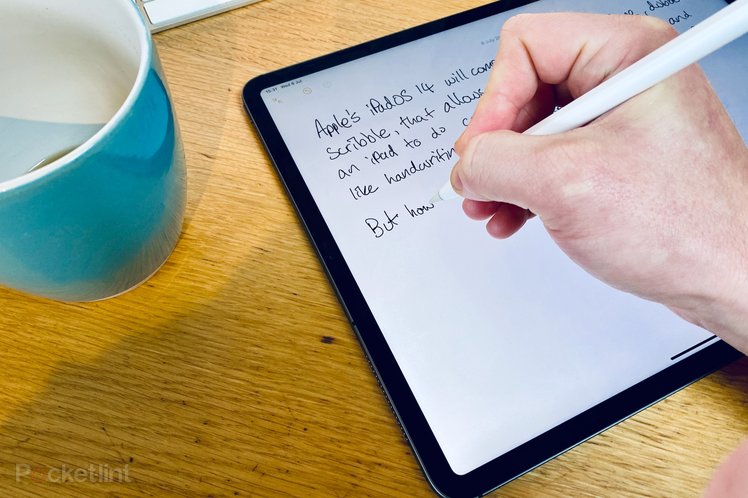 Apple’s introduced a feature called Scribble with iPadOS 14 when it launched in 2020. The feature enables owners of an Apple Pencil and an iPad to do considerably more than they could before Scribble was released; like handwriting in text boxes for example.

How does Scribble work though, what do you need to do to take advantage, and how do you use it? This is everything you need to know about Scribble on iPad.

How does Scribble work?

Apple Scribble works by recording what you’re writing on the screen with the Apple Pencil and then translates that into typed text that an app can read.

Working system wide, it means you can write in the address bar of Safari or the chat box of Slack without having to put down your Pencil and start typing on the keyboard.

In some applications, like Notes for example, writing a URL of a website will mean it automatically becomes a hyperlink because the system will be able detect that it’s a website URL. 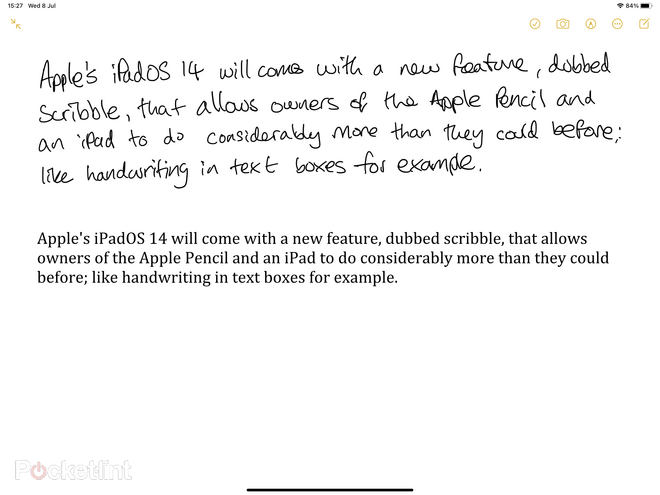 What can you do with Scribble?

On the basic level, the Scribble feature allows you to write anywhere you normally would with the keyboard (in most cases) and have those written words automatically read as typed text.

That’s typing into the search box, a chat box within Slack or Skype for example, or anything that needs some form of input.

It doesn’t yet work in all apps in all places but it’s pretty comprehensive where it does work. It’s most useful for filling in web forms using Safari or Chrome.

On a more advanced level, Scribble enables you to make the handwritten words you write in Notes translatable into typed text so you can copy and paste it into other documents to share in a more traditional way.

If you don’t want to use Scribble, you can turn it off in Settings > Apple Pencil > Toggle Scribble off.

What are the Scribble Shortcuts?

Writing is one thing, but Scribble also has a number of editing features and functionalities built in to make it easier to use.

You can delete words by scribbling the word out with your Apple Pencil or select text by drawing a line through it or circling it. There are also insert and join commands to allow you to correct mistakes without having to reach for the keyboard every time.

Of all of them, the delete tool is by far the most useful and one you’ll likely use the most.

What languages does Scribble support?

Scribble offers support for English, Traditional and Simplified Chinese, mixed Chinese and English, Portuguese, French, Italian, German and Spanish, allowing users to write by hand in any text field, and perform handwriting tasks such as easily selecting, cutting, and pasting text into another document as typed text.

What iPad and Apple Pencil does Scribble need?

You need iPadOS 14 or later installed on your iPad to use the Scribble feature.

Scibble works with both generations of the Apple Pencil or stylus offerings from other companies such as Logitech.

All of the iPads in the list below support Scribble: 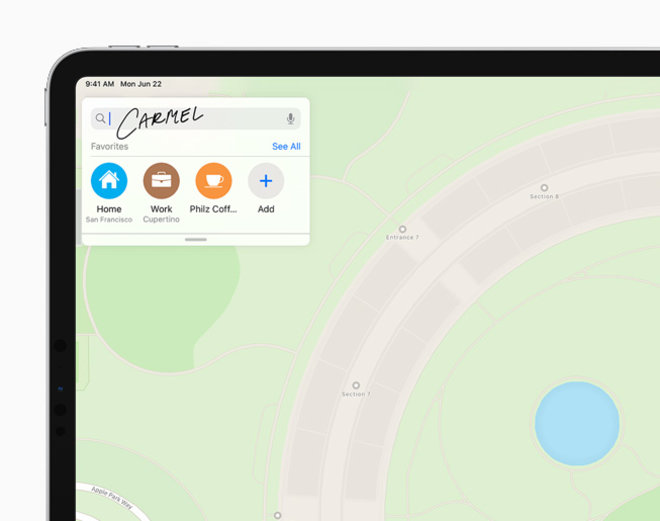 Our impressions of Scribble

Apple first tried to master handwriting with the Apple Newton in 1993. The device, which was a precursor to the iPad that would launch some 17 years later, didn’t really pass the test, and the company stopped making the Newton five years later in 1998 after poor reviews and a lack of appetite from consumers.

It took Apple a further 10 years after launching the original iPad in 2010 to give us handwriting tools once more.

The translation to typed text isn’t foolproof with Scribble, but it got the word or characters we were looking for, even with our scrawl, around 90-95 per cent of the time.

Previously, the only real reason to get the Apple Pencil for the iPad was if you were an artist or graphically minded. And even then, it was a pain to have to put the Pencil down to engage with a quick message or type something in.

Apple Scribble stops that break in flow and allows you to jump between drawing and writing with ease.

That said, it doesn’t solve one of the key issues that many will face. That handwriting is now slower that typing for most, and that if you’ve gotten used to autocorrect for your spelling, all your traits will be there for you to see in your handwritten prose.