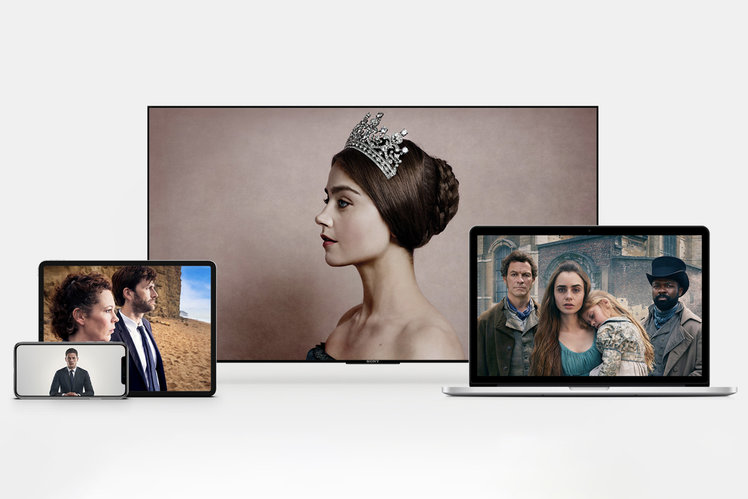 BritBox is a subscription video streaming service from UK broadcasters, the BBC and ITV. It is available to try for free for 30 days and can be viewed across multiple devices, including iPhone, Android, Apple TV and smart TVs from Samsung and Panasonic.

Here we explain everything there is to know about BritBox, including how it works, what you are likely to see on the service, and how much a monthly subscription costs.

The BBC and ITV partnered to bring BritBox to the UK in late November 2019.

It is an original, paid-for streaming service available on multiple devices, much like Netflix, Amazon Prime Video and Disney's forthcoming Disney+.

However, its mandate is more specific; it hosts the "biggest collection of British content on any streaming service". In addition, it will commission original shows from British production companies that will be exclusive to the service.

Box sets from the BBC and ITV can be found on BritBox, with a much larger selection of British-originated shows available than on any other platform. Channel 5 content has also been added more recently.

Shows and films from Channel 4 and Film4 will be added later in 2020.

BritBox claims to host the largest amount of British box sets of any streaming service. That currently stands at more than 300 different titles from the Beeb, ITV and Channel 5. Channel 4 shows will arrive later this year.

Included among those are Cracker, Downton Abbey, Broadchurch, Spooks, Only Fools and Horses and many more.

The entirety of Doctor Who, from 1963 to 1989, is also available - covering every available episode featuring the first eight Doctors.

There are also many classic British movies, including Carry On films, The Ipcress File and Hitchcock thrillers.

New, original programming includes Lambs of God, starring Ann Dowd (The Handmaid's Tale) and Jessica Barden (The End of the F****** World). And, come the autumn 2020, an all-new series of 80s satirical comedy favourite, Spitting Image, will be exclusive to BritBox too.

What devices will BritBox work on?

BritBox is available to watch through the following devices:

Is BritBox on Roku?

Sadly, there is no BritBox for Roku devices at the current time - in the UK, at least. Nor can you watch BritBox through PS4, Xbox One or Amazon Fire TV devices, including the Fire TV Stick.

How much does BritBox cost?

BritBox costs £5.99 per month for HD video across "multiple screens and devices". That's cheaper than most rivals in the UK.

If you are new to BritBox, you can get a 30-day trial period for free before the first payment is due. Find out more on the official website: britbox.co.uk.

BritBox is only new to the UK as it has been available in the US and Canada for years.

Also a venture of the BBC and ITV, the North American BritBox was launched in March 2017 and has grown to over 650,000 subscribers.

It is slightly different, however, in that it is simply a portal for British programming, with a smaller selection of archive and recent shows available on demand. There is no original programming on the BritBox US proposition.

Haven't the BBC and ITV done this before?

The BritBox concept was first explored by the BBC and ITV, along with original partner Channel 4, in 2008 under the name Project Kangaroo.

That was to be a subscription-based streaming service for box sets from the three broadcasters but it was turned down by the competition commission at the time as it "would restrict competition in the supply of video on demand (VOD) services in the UK".

The project was eventually killed in 2009 after tweaks to the concept were also rejected.

Instead, the UK video on demand market is now largely dominated by American services.

Is BritBox the end for ITV Hub, BBC iPlayer, All 4 and My5?

As a paid subscription service, BritBox is not pitched as a competitor to the free on demand services from individual broadcasters.

The BBC, ITV, Channel 4 and Channel 5 have no plans to devalue their own free online offerings. Instead, BritBox will only get archive shows that are no longer on those platforms.

For example, BBC iPlayer has recently expanded its own period of availability of shows to one year, so BritBox will get series after the 12-months are up.

Also, while BritBox is a direct competitor to Netflix and Amazon Prime Video, BBC and ITV shows will continue to be hosted by those services too. They just won't get the amount of programming available on BritBox.