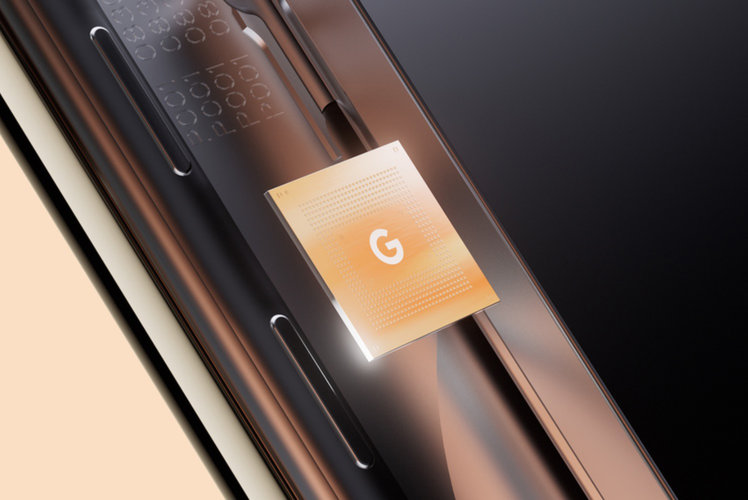 Google recently confirmed the Pixel 6 and Pixel 6 Pro, and it focused on the new system on a chip (SoC) inside the upcoming phones. Called the Tensor SoC, it’s named after the Tensor Processing Units (TPU) that Google uses in its data centers. Here’s what you need to know about Tensor.

What is Google Tensor?

Tensor is Google’s in-house SoC. It’s not a single processor. Previously, Google relied on Qualcomm processors, as do most other Android devices in the US. Globally, however, there is more variation, with Samsung, MediaTek, and Huawei all producing chips for Android phones.

Keep in mind Apple has its own in-house silicon, the A-Series line of chips. That doesn’t mean Tensor and Apple’s A-Series are equivalent – Tensor is a system on a chip using a mix of components that Google has either designed or licensed. That’s perhaps why Google is spending so much time hammering home Tensor’s artificial intelligence and machine learning advantages, rather than discuss specifics about CPU, GPU, and RAM.

Those components impact how fast a phone seems, how long the battery lasts, cellular connectivity, etc. There are also co-processors that handle dedicated tasks such as image processing or security. Google does have experience in those areas: the Pixel Visual Core and Titan M chip, respectively, both have appeared in previous phones. And don’t forget Google has also been making Tensor Processing Units for its servers for years.

But Google Tensor marks the first time Google has introduced a mobile TPU specifically for a phone.

Google is already providing press demos of what the new TPU inside Tensor can do in the Pixel 6. For instance, it uses machine learning to improve photos. In one demo, Google reportedly showed a blurry photo of a kid, but after running through Tensor’s TPU, the toddler’s face appeared sharper. In another demo, Pixel’s on-device auto-caption feature quickly and accurately translated language in a playing video from French to English in real time.

In addition to the TPU, the Pixel 6 packs a new version of Google’s Titan M security chip. In the blog post announcing the Pixel 6, Google claimed, “with Tensor’s new security core and Titan M2, Pixel 6 will have the most layers of hardware security in any phone”.

Why is Google doing this now?

It’s been five years since Google started making Pixel phones, yet it’s still often asked whether it’s serious about hardware. Google said it began work on Tensor silicon four years ago (around the time it announced it wanted to buy HTC’s phone hardware division). We suspect, with all of Google’s main competitors gaining experience making their own in-house silicon, Google wanted to prove the Pixel line isn’t just a hobby project for it.

But Google has also talked a lot about how computing limitations inspired it to make Tensor. “We set about building a technology platform built for mobile that enabled us to bring our most innovative AI and machine learning (ML) to our Pixel users,” Google said in a blog post announcing Pixel 6. “We set out to make our own System on a Chip. . . Tensor was built for how people use their phones today and how people will use them in the future”.

The company explained that, increasingly, more smartphone features are powered by AI and ML. Tensor will not only unlock computing resources for those tasks, but it can also help provide new, specific experiences for Pixel users, whether it’s a revamped camera system or speech recognition.

The highlight of Tensor is that it can process Google’s most powerful AI and ML models directly on #Pixel6.
You’ll see a transformed experience for the camera, speech recognition and many other Pixel 6 features.
(6/13)

Who is making Google Tensor?

Tensor appears to be Google-designed. But it’s not yet known if Google itself is making all the internal components – such as the CPU, GPU, and 5G modem – or if it’s licensing them from others. So far, Google has said it’s responsible for the mobile TPU for AI operations and the Titan M2 chip for security.

What are Google Tensor’s benchmarks?

Google not only hasn’t shared who designed Tensor’s CPU and GPU, but it’s also not sharing benchmarks on performance. Those details may come later.

So excited to share our new custom Google Tensor chip, which has been 4 yrs in the making (for scale)! Tensor builds off of our 2 decades of computing experience and it’s our biggest innovation in Pixel to date. Will be on Pixel 6 + Pixel 6 Pro in fall. https://t.co/N95X6gFxLf pic.twitter.com/wHiEJRHJwy

This autumn, likely in October, Google will release two new Pixel phones: Pixel 6 and 6 Pro. They’ll be premium-priced phones powered by Tensor. They’ll also be the first devices to launch with Google’s in-house SoC. We’re assuming more Google devices will get Tensor, or versions of it, down the line.