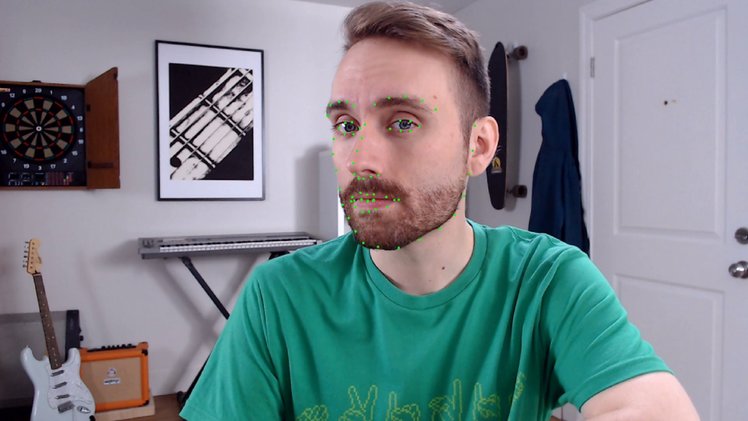 Nvidia Broadcast is an app designed to help improve the quality of your video broadcasts and call for free with one caveat. You need to be using an Nvidia GeForce RTX 2060, Quadro RTX 3000, TITAN RTX or better graphics card.

If you tick that box, then there’s good news as this app is stellar.

Nvidia Broadcast, is designed using artificial intelligence to improve your live streams and video calls in a number of ways. This includes removing background noise from your microphone, applying virtual backgrounds without a green screen and automatically keeping you in the frame.

What is Nvidia Broadcast?

Nvidia Broadcast is theoretically every streamer’s dream. This is an app designed to enhance the content you’re creating without the need to spend extra money on fancier hardware.

Nvidia says that Broadcast is designed to be a universal app that’ll work with everything you’d expect it to, whether that’s streaming software like OBS Streamlabs or video conferencing apps like Zoom, Teams or Skype. You’ll also be able to use it with Discord and more too.

So it’s not just for gamers or for online broadcasts but can generally be used to improve how you look and sound on the web.

Can you use Nvidia Broadcast?

As you might expect Nvidia Broadcast is designed to work with Nvidia RTX graphics cards. That doesn’t mean just the 3000 series though.

The company says it’ll work with any GeForce RTX, TITAN RTX or Quadro RTX graphics card. You’ll get the best experience with the latest graphics cards though, thanks to Tensor Core and software optimisation improvements.

If you don’t have an RTX GPU, don’t fret as all is not lost. Nvidia has also updated RTX Voice so it will work with older GTX graphics cards as well. So at least you can improve the quality of your microphone even if you can’t take advantage of all the other benefits Nvidia Broadcast offers.

How to use Nvidia Broadcast

To get started you’ll need to download Nvidia Broadcast here. Download and install the app, then reboot your machine. Once that’s done you can then go through the setup. 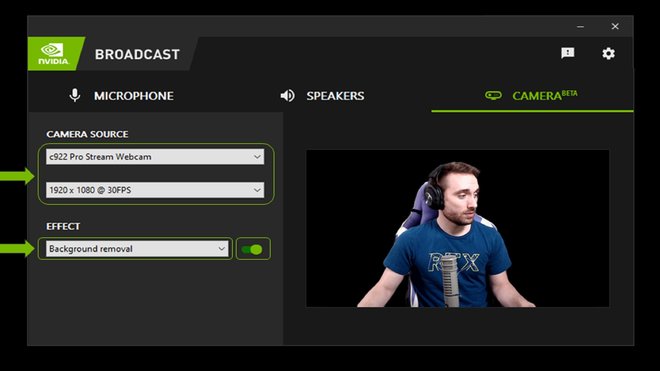 The next step is to then configure your specific apps. For example, in Discord, you’ll now be selected your input and output device under the app’s sound settings as Nvidia Broadcast. This then allows Nvidia Broadcast to control your audio in each app while acting as your default sound device.

As you’d expect, Nvidia Broadcast will work with a variety of apps including the following:

Nvidia also has detailed setup guides for each of these apps (click the links above to jump straight to them) but for the most part this simply involves selecting Nvidia Broadcast as your input and output device. This includes doing so within your preferred streaming tool. For example, Streamlabs OBS is set up like this:

Now you can enjoy the delights that Nvidia Broadcast has to offer.

Nvidia is regularly updating Nvidia Broadcast. These updates include a number of changes that improve the system. Recent ones have included: