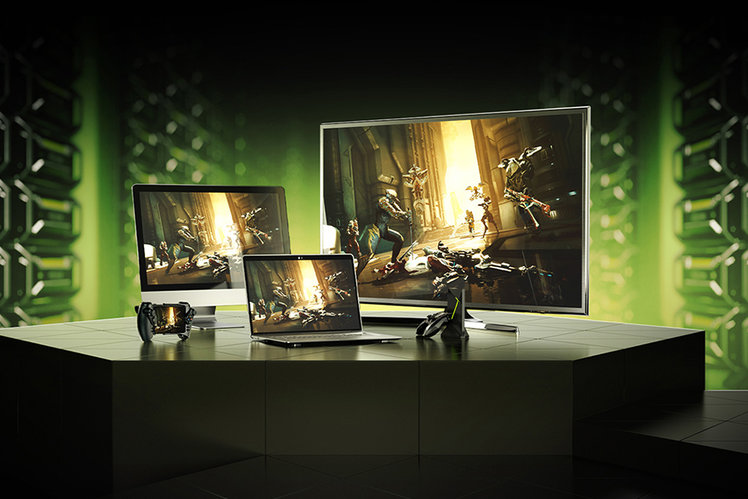 In early 2020, Nvidia finally launched the full consumer version of GeForce Now, its cloud gaming service that works across mobile, computer and its own Shield TV platforms.

That was after around seven years of development and beta testing phases, in which time we saw a change of name (from Nvidia Grid), hardware specs and even strategy.

But now it’s officially arrived in full. So, what is GeForce Now, how much does it cost and what devices does it work on?

What is Nvidia GeForce Now?

Nvidia GeForce Now is a cloud gaming service whereby you play games hosted on remote services and streamed over the internet to one of the supported devices – much like Google Stadia, Project xCloud from Xbox, Shadow or PlayStation Now.

All controller (or mouse) codes go the other way, while you receive up to 1080p 60fps video of your gameplay back.

It runs on servers in multiple locations around the world, with you accessing the one closest to you. And, depending on which membership plan you choose, games are run on the best Nvidia graphics cards around (RTX), so they will look their best no matter the spec of the hardware at your end.

Unlike most of its rivals, GeForce Now doesn’t sell you games or give you access to its own curated library of titles. Instead, it links with your Steam, Epic Games Store, GOG, Origin, Ubisoft’s Uplay and/or other online accounts to play the games you already own or will buy through those digital storefronts.

Not all games are available – some publishers, such as Activision and Bethesda, block the use of most of their titles through GeForce Now – but there are still 1,000s that are.

The Nvidia GeForce Now service is playable through the company’s own Shield TV set-top-boxes. It can also be access through desktop apps for PC and Mac.

Any Android device with 2GB of RAM and sporting Android 5.0 is compatible, but you will need a separate controller.

That also includes Android TV boxes that aren’t the Shield TV, but as the app is only in beta form at present, Nvidia makes no guarantees on performance or that all functionality will be available.

Only the Korea-only LG U+ UHD Android TV box is officially compatible (save for Shield).

Sadly, there is no GeForce Now app for iOS at present.

How much does GeForce Now cost?

There are two membership options for Nvidia GeForce Now and the best news is that one of them is free.

Free membership allows you to play any of your compatible games for up to an hour at a time. You might also have to wait in a queue until a slot on one of Nvidia’s machines becomes available as paid members get priority.

A Founders subscription currently costs £4.99 / $4.99 / €5.49 per month for 12 months. This is a limited time launch offer, although it has recently been extended after a brief pause.

Founders also get a 90-day introductory period before the first payment is due. 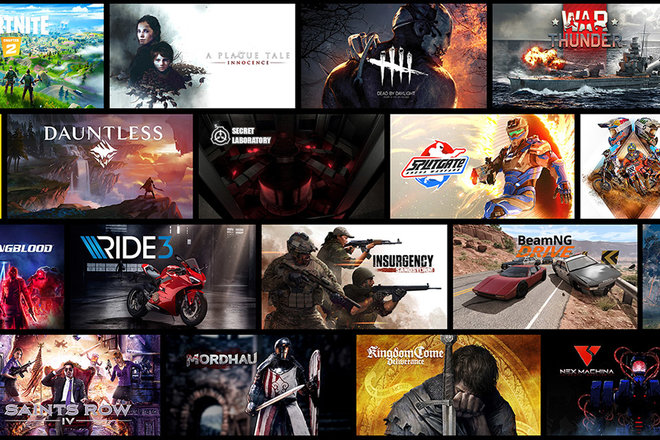 What games are available on Nvidia GeForce Now?

As mentioned above, the big thing about the GeForce Now service is that your own games are available to you. So if you have a healthy library of games on Steam, Origin, GOG, Uplay or another online library, you can simply install the majority of them on the remote machine and play them whenever you fancy. Some are even preloaded so you don’t have to wait for them install before playing.

You can search the list of currently supported games here.

It is also one of the only cloud gaming services to support free-to-play games.

Some games now support Nvidia Highlights, which allows you to capture in-game footage and share it. This includes Fortnite, Kingdom Come: Deliverance and many other titles that you can see on this list here.

Where are my save files stored?

All of your save files are stored in the cloud so you can pick up where you left off whenever you like.

What is the minimum internet speed Nvidia GeForce Now works on?

Nvidia GeForce Now uses adaptive bitrates when streaming, so the image quality will adjust to your current internet speeds.

It requires a minimum broadband speed of 10Mbps, but 20Mbps is recommended if you want to stream in 720p 60fps.

You need a minimum of 50Mbps to enjoy a stable 1080p 60fps experience.

Nvidia also claims that ping time to one of its servers should not exceed 60ms.

Can I play multiplayer games?

As it effectively plays games from your own library, only installed on a remote machine, GeForce Now is compatible with multiplayer online games, including Fortnite.

What’s more, you can play in multiplayer online worlds alongside players of the PC versions of games.

Where is Nvidia GeForce Now available?

GeForce Now is available in 30 countries around the world, including the US, UK and Central Europe.

You can find out more and sign up for Nvidia GeForce Now here.