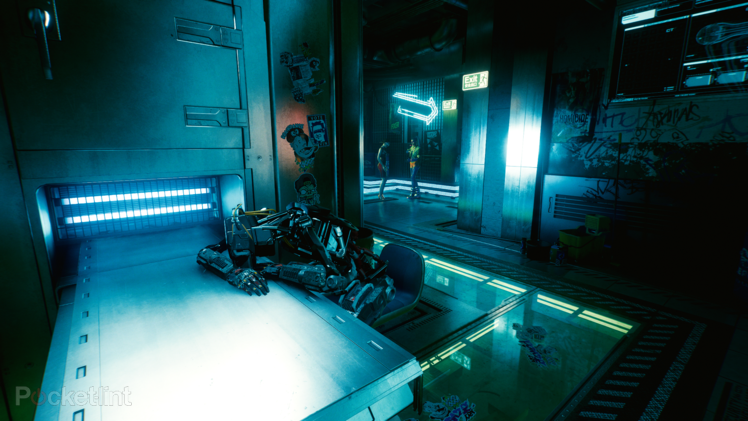 If you’re a gamer, then the chances are you’ve heard of ray tracing, but you might not know exactly what it means or why it’s a big deal. We’re here to help you find out.

It’s a developing technology for enhancing the visuals of games that results in a much more immersive, eye-catching and visually pleasing gaming experience.

What is ray tracing?

Ray tracing is actually nothing new. It’s been around for years now, but it’s only recently that PC hardware and technology has got to a point where ray tracing can be implemented in a way where it can make a real difference to your games. In real-time.

In its simplest form, ray tracing is a system that’s used to enhance the lighting in games. This is done in a variety of different ways. It’s used in everything from reflections to shadows both in the gaming environment and on items within it. This includes things like atmospheric effects, reflections on surfaces (water, metal, glass) and even diffused lighting.

Diffused lighting is especially interesting as that includes light bouncing off of surfaces and reflecting onto others. This, in effect, is an indirect lighting source that then helps create a more realistic experience. Imagine how sunlight falls into a room, then bounces off walls and floors and naturally makes the entire room brighter. That’s one part of how ray tracing works. 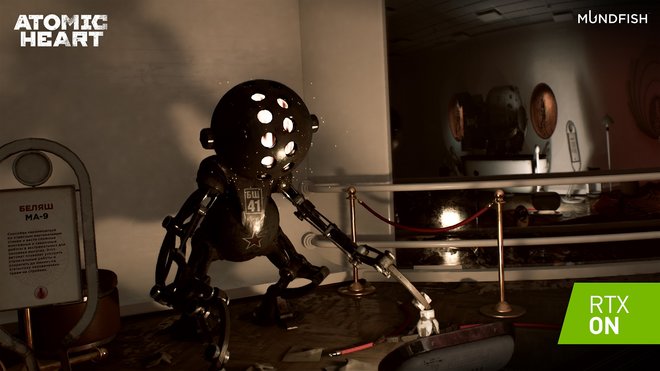 When ray tracing is fully implemented, you often won’t even notice what’s happening unless you’re paying really close attention as it’s part of the whole picture of a graphically stunning environment. It’s only when you see a side-by-side comparison of the games with ray tracing on and off that you’ll see what a difference it can make.

With the latest and greatest Nvidia graphics processors, all this happens in real-time. This helps generate “high-resolution, real-time reflections that reflect details in front of, behind, above and below the player or camera; details the player couldn’t see with previous techniques.”

As well as reflecting light, shadows and environmental highlights, the ray tracing system can also add impressive visual effects to characters within the game and even the items they’re carrying.

Think about the reflections of a sword’s blade or player’s metal armour showing the surrounding world with a mirror-like effect, but realistically reflected and in real-time – changing as the character moves and passes through the game world.

This demo created in the Unreal engine shows many of the next-generation rendering features possible with the tech. The effects in this demo include:

It will certainly be interesting to see how this tech progresses in the near future. We’ve already had a taste of what the future of gaming might look like and ray tracing is yet another stepping stone in the right direction. 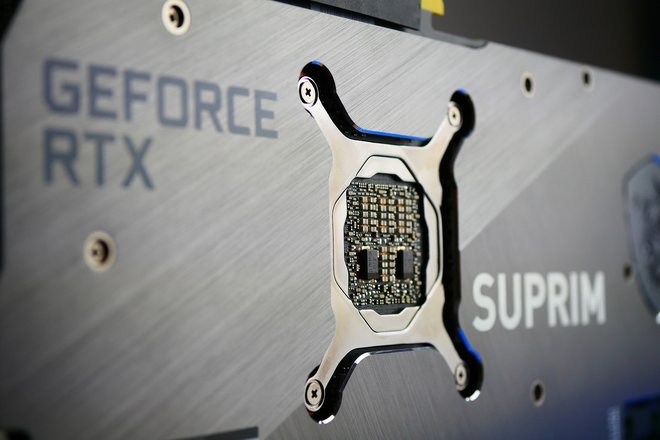 What hardware do you need?

When ray tracing was first announced it was only open to gamers with the latest Nvidia graphics cards in their gaming machines. Only the RTX 20-series cards were capable of supporting ray tracing and DLSS. Although that list included the Nvidia Geforce RTX 2060/2070/2080 and 2080Ti, it was hardly an extensive one.

These graphics cards are also expensive and put ray tracing out of range of most gamers unless they were willing to splash out for cutting-edge tech.

This all changed in April 2019 when the company announced that older GPUs would support ray tracing with the latest game-ready drivers.

For some, this means that ray tracing is enabled via software level DirectX Raytracing (DXR) rather than at hardware level, but it gives more users access to ray tracing visuals. You can find out more about this here.

And so the current list of older ray-tracing capable graphics cards includes:

It’s not just gaming desktops that support ray tracing either, laptops with equivalent Pascal and Turing-architecture GPUs are also included in the list. There’s also quite a list of gaming laptops with RTX GPUs included as a specification option. That list is constantly growing too.

Ray tracing isn’t limited to PC either. The Xbox Series X and PlayStation 5 both have some support for Ray Tracing.

All that said, it’s worth noting that if you want the best experiences with ray tracing, then you’ll need the best hardware. Although older graphics cards now support ray tracing, they will struggle with performance. Old GTX GPUs can only offer basic ray tracing effects with a low ray count. While RTX graphics processors can manage much more complex effects with multiple effects being presented with a higher ray count.

Ray tracing is also a graphically intensive process. With it turned on and settings maxed out, even the highest-specced gaming PCs can see a dip in performance in terms of frames per second displayed on the screen.

You’ll get a visually stunning gaming experience, but it won’t necessarily be an uber-smooth one. Nvidia even shows the impact maximum settings can have on average FPS at various resolutions and even at 1920 x 1080 these figures are around 30FPS on older GTX GPUs. So it’s worth splashing out for RTX graphics cards if you can afford it.

Support for ray tracing depends greatly on developers implementing the effects and visual enhancements as they’re crafting their games.

Many of the supported games are triple-A titles that have also appeared on console but without the same visuals. The original list of games that supported ray tracing was fairly short, but it’s constantly being added to.

It helps that Nvidia and Intel have been working to standardise the Vulkan API in order to make it easier for game developers to add ray tracing support to their games in the future. This will also mean that ray traced games should more easily make their way to the new consoles with the same support in future.

Battlefield 2042 has all the good things from Nvidia – ray tracing, DLSS and Nvidia Reflex too. So not only will the game run well and look great, if you have the right hardware you’ll be able to get the competitive edge too.

Cyberpunk 2077 might have had a rough start and a bit of a difficult launch, but if you have the right hardware, you can take advantage of the superb ray-tracing capabilities for some seriously awesome views in Night City.

Fortnite now has ray tracing support along with DLSS to help with performance improvements. This means Fortnite players can now enjoy ray-traced reflections, shadows, global illumination and ambient occlusion too.

That’s right, even Minecraft is making the most of enhanced lighting thanks to Nvidia’s RTX technology. It’s surprising what the updates have done to the game too.

In 3015, Humankind has colonised thousands of systems in space. MechWarriors dominate the battlefields and ray-traced visuals help sell the story and immerse you in the battle.

Shadow of the Tomb Raider

Battlefield V might have been the first game to support ray tracing, but Metro Exodus was the first game to integrate real-time ray-traced global illumination technology. This meant the game could use more-realistic indirectly diffused lighting as well as adjusting in real-time as the world environment changed and day turns to night.

Call of Duty: Modern Warfare includes “an epic reimagining of the iconic Modern Warfare series from the ground up” with ray tracing goodness as standard. As such, it’s one of the best looking COD games to date and an awesome visual experience to boot.

Control is another strong favourite of ours. It’s also one of the best examples of Nvidia’s ray tracing tech in any new game with plenty of stunning visual highlights thanks to ray tracing support.

It might be set in the 1980s, but this game features some futuristic graphics with ray tracing enhancements. Slaying Nazis will never have looked so stunning.

Ghostrunner is a fast-paced, violent single-player with a science-fiction vibe. As you’d expect, this action-packed, cyberpunk styled game looks glorious thanks to the ray-tracing enhancement.

Alongside the ray tracing tech being used in the next outing of Black Ops is the use of DLSS to provide enhanced frame rates and smoother gameplay too.

The latest outing of Watch Dogs is set to include real-time ray tracing which should certainly make London look that little bit more magnificent. Just be sure to take it all in as you dash about the streets trying to save the capital and recruiting your army of hackers and resistance fighters.

Kick in the door, throw a flashbang and appreciate the ray-traced lighting as it explodes blinding the bad guys. Looks like a lot of fun. Ready or Not promises an authentic experience that’s bound to be enhanced by the visual tech here.

The follow up to one of the best zombie shooters we’ve ever played promises to be even better than the original with the addition of ray tracing and enhanced visuals too.

If you’re contemplating whether ray tracing is for you and whether you should splash out on a new graphics card or gaming machine, then there’s good news as the list of upcoming PC games that will support ray tracing is pretty awesome. That list includes the following:

The long-awaited follow up to 2004’s awesome Vampire: The Masquerade – The Bloodlines might have been delayed but is still promising ray tracing support when it does come. This should really help add some ambience to dark alleyways and environments stuffed full of vampires. We can’t wait to sink our teeth into this one!