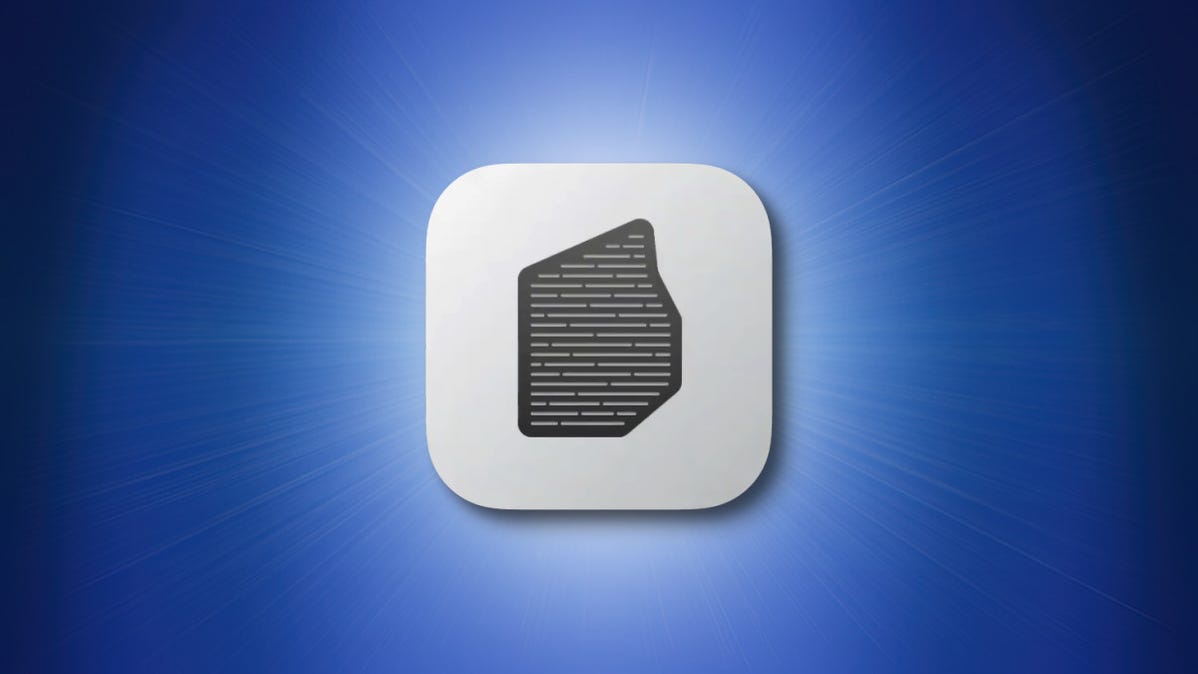 If you have a Mac that uses Apple Silicon, you might have heard about Rosetta 2. It’s a critical part of macOS that enables compatibility with applications designed for Intel Macs. We’ll explain.

As you probably know, Apple has been transitioning its Mac lineup to use its own custom-designed processors based on the Arm architecture. Apple released the first Macs with Apple Silicon in November 2020. While most apps have been updated to run natively on Apple Silicon, there are still some that haven’t been updated yet. That’s where Rosetta 2 comes in.

Rosetta 2 is a translation layer for running Intel-based apps on Apple Silicon Macs. It uses dynamic binary translation to convert x86_64 code to the Arm64 architecture used by the M1 and M2 chips. It allows these new Macs to run apps that haven’t been updated to run natively on Apple Silicon.

Apple first introduced Rosetta 2 with the release of macOS Big Sur 11.0 in 2020. Its name is a reference to the Rosetta Stone, which was the key to translating many ancient texts. The “2” at the end of the name refers to the fact that it is the second version of the Rosetta translation later. The original Apple Rosetta allowed PowerPC apps to run on Intel Macs back in 2006.

How to Use Rosetta 2

Once Rosetta 2 is installed, it will silently translate Intel Mac apps that aren’t yet native to Apple Silicon on the fly. This means that you shouldn’t notice any difference in performance when running an app through Rosetta 2. It’s very impressive how well it works.

RELATED: How to Check Which Apps Are Optimized for M1 Macs

Also, if an app is a Universal Binary (which means it can run natively on both Intel and Apple Silicon Macs), you can force the app to run in Rosetta 2. Normally, you don’t want to do this, but sometimes the Intel version of the app might be different than the Apple Silicon version.

To force an app to run in Rosetta 2, locate it in Finder, right-click the app’s icon, then select “Get Info.” In the Get Info window, check the box beside “Open Using Rosetta.” 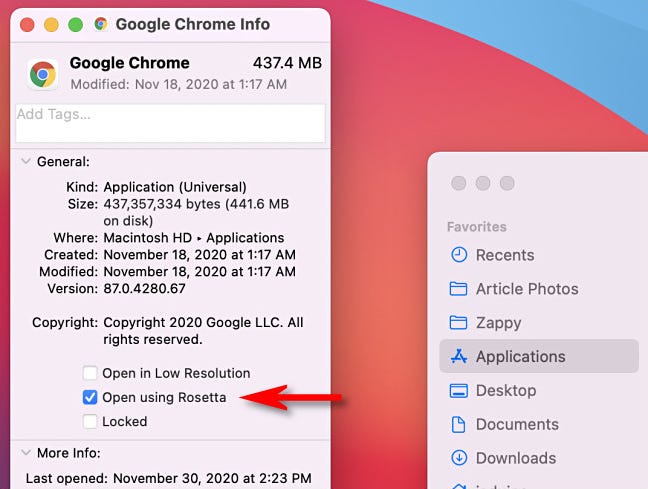 After that, close the Info window and run the app from that icon. It will load in Rosetta 2. Ideally, you won’t need to do that, but the option is always there if you want. Good luck!