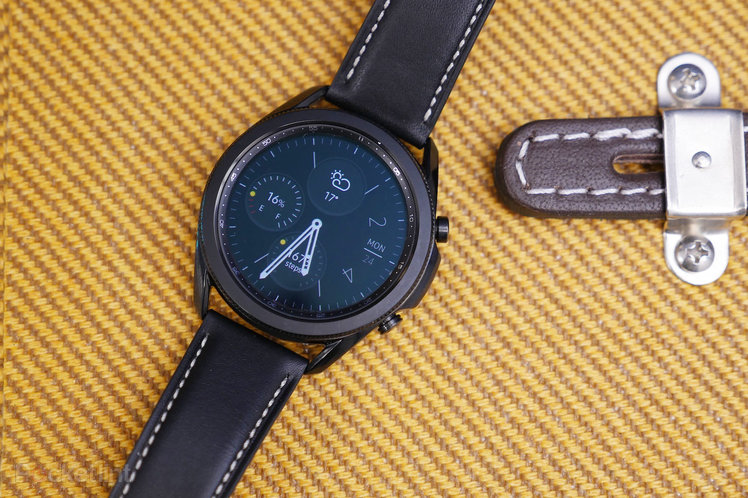 Some operating systems are so widely used, most people have an awareness of their existence. The chances you’ve head of Android, Windows, MacOS and iOS, perhaps even WatchOS – just as examples – is high.

And while those are undoubtedly the most well-known operating systems in our world of smart connected tech, they’re not alone. In fact, there’s one OS called Tizen, which you might have in your living room and not even realise it.

For the tech fans, Tizen is a known entity. It’s mostly regarded as the operating system that Samsung has built its wearable devices on in the past, but that only tells part of the story. Tizen OS has been around for some time, and not just on watches and fitness trackers.

What exactly is Tizen?

The simplest answer would be to say that it’s a custom operating system developed by Samsung. Look at Tizen’s own “about” page and you’ll discover Tizen is in fact a multi-faceted operating system. That’s to say, it’s a core OS that has different versions, depending on what device it’s on.

It’s open source too, so developers are free to use it, build on it, and develop use cases for it. Although it’s pretty much only Samsung who develops anything consumer facing from it.

It’s built on Linux base framework, like so many of today’s various operating systems, and it’s so flexible it can be used on smartphones, smartwatches/wearables, in-car infotainment systems and TVs, among other devices with screens (even fridge-freezers).

Today, you’re most likely to see it on a Samsung TV however.

Smartwatches and fitness trackers on Tizen

Although it’s moved back to a version of WearOS co-developed with Google on its Galaxy Watch 4, Samsung currently has a host of wearables – including fitness bands and smartwatches – which still use a variation of Samsung’s Tizen operating system.

On the fitness tracker side, there’s the Gear Fit2 Pro: Samsung’s fitness band with downloadable watch faces and apps, but all displayed on a curved rectangular screen.

While discontinued from Samsung’s own store, you can also still get hold of the Samsung Gear S3 Classic and Frontier, plus the smaller fitness-focused Gear Sport.

The interesting part of this story is that Google recognised how much work Samsung had put into its own platform, and realised it had some features missing from the underdeveloped WearOS. Samsung likewise seems to have seen gaps in its platform – namely third party apps – that could be filled by WearOS. So the two combined to form a version of WearOS that featured the best of both worlds. And that’s what’s on the Galaxy Watch 4.

With that said, there are still plenty of useful apps available for Tizen watches. It supports all of Under Armour’s fitness apps and services, including MyFitnessPal, Couch25K, MapMyRun and Endomondo, as well as Strava and Spotify.

Samsung is one of the biggest sellers of TVs currently, offering 4K HDR tellies with a stylish design and awesome smart features. It’s here where you’ve more than likely come across Tizen, without even realising it.

Like its smartwatches, the user interface itself has a different name. It’s called Eden, but is built on Tizen OS.

This system gives easy access to popular streaming services like Netflix, Amazon Prime Video, Now TV, YouTube, Google Play Movies. And sincer 2019 it’s even had access to Apple TV and BT Sport services, so you can watch pretty much anything you want to, including any iTunes purchases you’ve ever made, without needing a dedicated Apple TV box.

You’ll find the Tizen-based Eden UI on most (if not all) of Samsung’s new QLED TV’s. Chances are, if you’re buying a Samsung Smart TV with 4K HDR, you’re getting a Tizen powered machine.

Tizen has been around for quite some time. It was born out of the evolution of an OS called Bada, which Samsung used on some of its earliest touchscreen phones. Even before its major launch into Android. Phones like the popular Samsung Wave series all ran Bada.

While not as widespread as its use of Bada before it, Samsung did launch a handful of smartphones running the Tizen software. In fact, it released five versions of the Samsung Z-series: Z, Z1, Z2, Z3 and Z4. The latter of which launched only a few years ago in June 2017, with the first Samsung Z being released in 2014.

Back when the phones were something of a talking point, Tizen was seen as an alternative to its full Android-based devices. Perhaps even seen as a back-up plan just in case it decided to move away from Android. However, with the lack of officially supported apps, that was always going to be an uphill struggle.

Without being Google Play certified, smartphones don’t get access to a lot of Google services, and that can mean core elements not working and – critically – means no access to the Play Store and its bounty of apps and games.

As for wearables, from the beginning of its smartwatch efforts, Samsung has used Tizen. While it’s safe to say that the first wave of fitness bands and smartwatches weren’t the greatest, they were pretty popular, despite being compatible with just Samsung phones.

The platform – despite a lack of apps – was regarded as one of the best user interfaces on a wearable device. The mix of great customisable watch faces, health tracking tools and useful built-in apps made them compelling devices. Coupled with that rotating bezel which formed part of its controls, made for a great experience. That rotating bezel wasn’t present on its more recent Watch Active range, however.

While wearables and smartphones are the two predominant markets of Tizen development, in the early years there were also cameras. Samsung launched three cameras called the NX1, NX200 and NX300, all of which looked like regular cameras with detachable lenses, but had a Tizen-based user interface.

Samsung’s camera venture was relatively short-lived however, with the company winding down its camera business in 2017. Despite offering some really strong products, its name wasn’t as trusted in the world of CSCs/DSRLs as the likes of Canon, Nikon or Sony.

Still, the fact that some of its offerings were running Tizen showed how versatile the OS was.