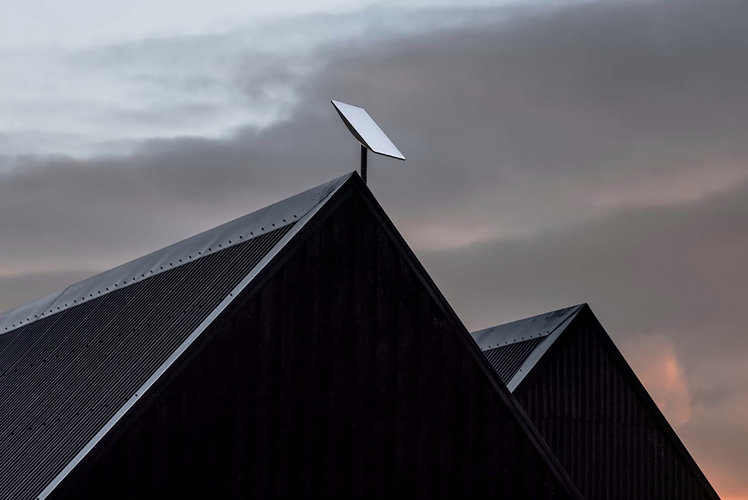 Elon Musk, the billionaire SpaceX and Tesla CEO, has another venture called Starlink that has been launching hundreds of satellites into space, with the goal of offering high-speed broadband internet to subscribers – even while on the go. Here’s what you need to know.

Starlink is a six-year-old division within SpaceX, an aerospace manufacturer and space transportation company. It has spent three years launching more than 1,000 satellites into orbit, and it recently scored $885.5 million in grant funds from the US Federal Communications Commission. It’s now offering preorders/sign-ups, and in February 2021, Elon Musk disclosed that Starlink now serves more than 10,000 customers.

The idea is Starlink’s satellites can connect you to the internet. Starlink promises to deliver “high-speed broadband internet to locations where access has been unreliable or completely unavailable”. Currently, it only works for homes and isn’t mobile, but that’s coming. There are other satellite internet service providers out there, too, such as HughesNet or Viasat, but Starlink is more well-known because of its connection to Elon Musk and SpaceX. 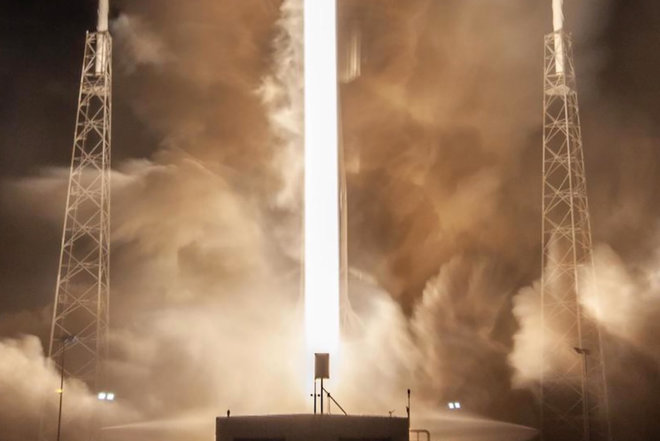 How many Starlink satellites are in space?

Eventually, Starlink hopes to surround the entire planet with satellites that can beam down a usable, high-speed Wi-Fi signal. Starlink will probably need at least 10,000 satellites in orbit to achieve that goal. SpaceX has suggested it wants as many as 30,000 satellites in the constellation, while Musk has claimed the service should hit worldwide availability sometime in 2022 – if it can successfully complete several more satellite launches. 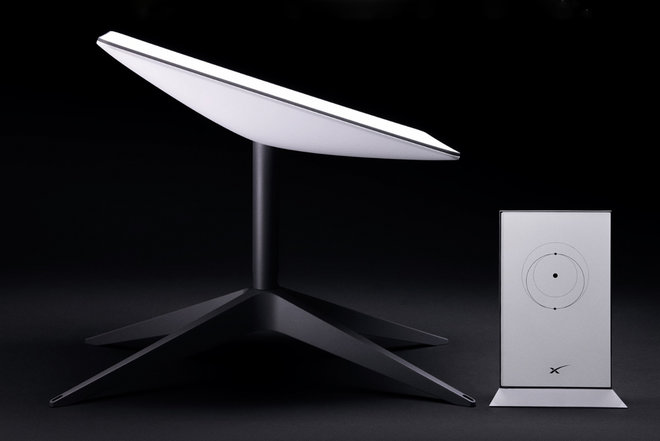 What does the Starlink hardware include?

When you subscribe to Starlink, you will get a kit that includes a satellite dish and router.

All you need to do to make the connection is set up the satellite dish at your home. It receives the signal and passes the bandwidth on to your router. There’s a Starlink app for Android and iOS that features augmented reality to help customers pick the best location to place their receivers at home. 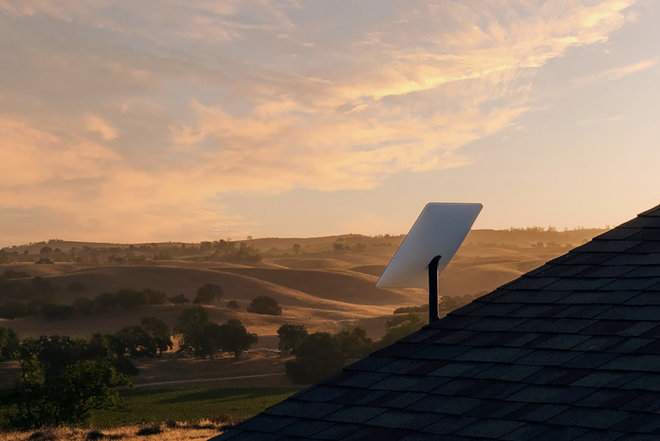 How fast is Starlink’s internet service?

Starlink’s speed differs depending on your location but Ookla’s testing shows it to be consistently much faster than competing satellite internet services. In the UK, Starlink doubles the median download speed of fixed broadband providers, pretty impressive stuff. You can see more details about Starlink’s real-world speeds here.

Since February 2022, Starlink has offered a Premium tier that promises download speeds between 150 – 500 Mbps with latency between 20-40ms. It also bumps the upload speed to 40Mbps. It comes at a pretty lofty price point, though. 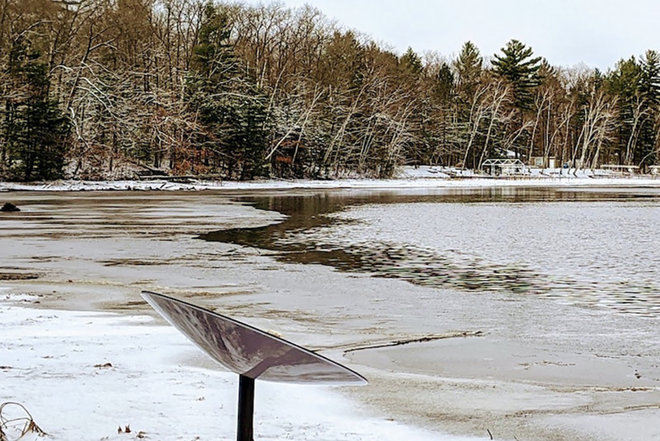 Can you use Starlink in poor weather?

We haven’t had a chance to test Starlink, but weather does appear to be an issue. According to Starlink, the receiver is capable of melting snow that lands on it, but the company recommends installing Starlink in a location that avoids snow build-up and other obstructions from blocking the field of view. It also notes: “Heavy rain or wind can also affect your satellite internet connection, potentially leading to slower speeds or a rare outage”.

Can you use Starlink while on the go?

Musk revealed on Twitter in April 2021 that the service is ready to go “fully mobile”. Keep in mind, currently, Starlink customers can’t move their existing hardware from address to address. As a beta member, you must submit your location information at checkout and then stay put with the equipment. Musk is admitting that Starlink’s terminals are too big for Tesla’s vehicles, but he said they could work in planes, RVs, trucks, and ships.

Not connecting Tesla cars to Starlink, as our terminal is much too big. This is for aircraft, ships, large trucks & RVs.

The SpaceX CEO later clarified that Starlink “should be fully mobile later this year, so you can move it anywhere or use it on an RV or truck in motion”. However, he said the company still needs a few more “satellite launches to achieve [complete] coverage and some key software upgrades”.

Yeah, should be fully mobile later this year, so you can move it anywhere or use it on an RV or truck in motion. We need a few more satellite launches to achieve compete coverage & some key software upgrades.

In other words, it sounds like Starlink will be out of beta by the end of the year. Pocket-lint will keep you posted as soon as we know more.

Where is Starlink available?

According to SpaceX, Starlink’s service is “ideally suited for areas of the globe where connectivity has typically been a challenge”. It is currently only available in select parts of the US, Canada, the UK, and other areas, with coverage focused on areas sitting between 45 and 53 degrees North latitude.

Coverage will grow as more satellites are added to the Starlink constellation.

Update on 12 May 2022: SpaceX is now available in 32 countries around the world, the company has announced. The space company says it’ll ship “immediately”.

Starlink is now available in 32 countries around the world. People ordering from areas marked “available” will have their Starlink shipped immediately https://t.co/slZbTmHdml pic.twitter.com/CecM1pkf5D

Starlink shared the service’s availability map, which shows it as “available” across most of Europe and North America, as well as parts of South America, Australia, and New Zealand. The rest of the world, including A.frica, is shown as “coming soon” with availability expected in 2023. For reference, earlier this year, SpaceX said it was available in just 25 countries. 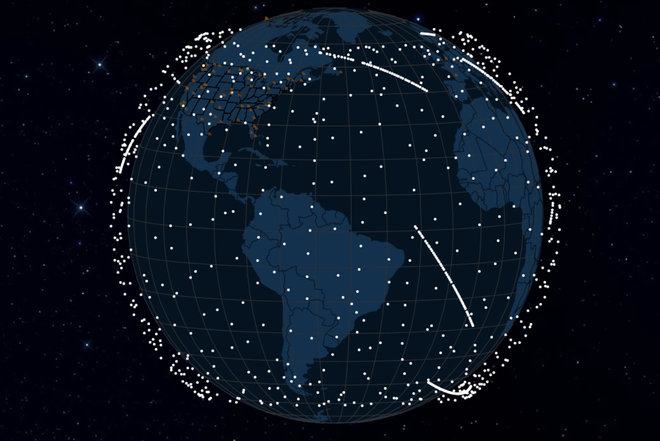 Who can try Starlink?

Starlink has begun accepting orders from customers who want to try Starlink. Type in your address on Starlink’s site and press the “order now” button to see if you’re eligible.

How much does Starlink cost?

The internet service itself costs $99 per month (plus taxes and fees). It also costs $500 for the mountable satellite dish and router.