There are a number of reasons why your keyboard might not have an Option key:

We’ll run through everything you need to know about the location of the Option key, which key to use instead, and what you can do with Option below.

Where is the Option key on Mac?

Many Mac users – Brits especially – wonder where to find the Option key on a Mac. And it’s hardly surprising that many newcomers to Apple computers may be a little stumped. Scan the keyboard of any Apple Macintosh sold in the UK between 2006 and 2017, and you’re unlikely to find a key labelled Option. So where is the Mac Option key?

The answer to the question of where is the Option key is simple. The Option key on a Mac, otherwise known as the Alternate key, is usually labelled with the letters Alt and the ⌥ symbol.

On Apple keyboards it generally sits between the Command and the Ctrl key on the left of the bottom row (newer Macs with bigger keyboards may also have an Option/Alt key on the right side of the keyboard). 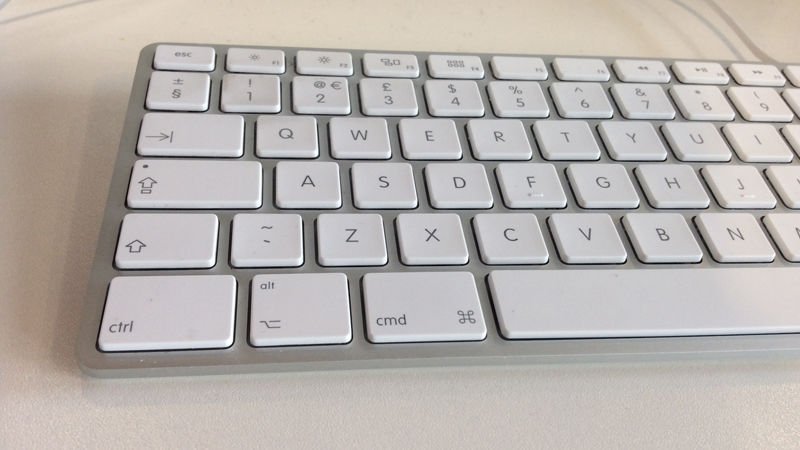 Where is Option on a windows keyboard?

The Alt key will be familiar to Windows PC users as the key immediately to the left of the Spacebar.

If you plug a Windows or IBM PC keyboard into a Mac, pressing the Alt key has the same effect as pressing the Option key.

Another key missing from a PC keyboard that you will require on the Mac is the Command key. We discuss that elsewhere.

What does the Option key do?

The Option key has many essential uses on the Mac – in fact for Mac users Option or Alt carries a lot more responsibility than the Alt key does on a PC.

One of the most common uses for Option (or Alt) on a Mac is to type symbols and accent marks such as å, ß, ∂ and µ. We cover How to type Æ, €, #, @, © and other characters on a Mac separately.

Option/Alt is also used in lots of really handy keyboard shortcuts. A lot of the time combining the Option/Alt key with the Command key will enhance the standard option, so, for example, Command + Option/Alt + Shift + S will bring up the Save As option.

You can also press Option/Alt + Command + R to enter Internet Recovery mode on some Macs.

And if you have a second volume on your Mac, or you are running macOS from an external drive, then Option/Alt is the key to press at start up in order to access this drive.

Check out Mac keyboard shortcuts for more ways to use the Option/Alt key.

Why is there no Option key?

We don’t know why Apple decided to remove the Option legend on some territories’ keyboards and instead use only the word ‘Alt’ and the ⌥ symbol.

Best we can see, Apple removed the Option naming convention on non-US Mac keyboards around the time of the processor migration from Motorola/IBM to Intel. In other words, after leaving the G3, G4 and G5 for the Intel Core 2 Duo and Core i3/i5/i7 series.

You may also find How to right-click on a Mac and How to find End and Home on a Mac keyboard useful.