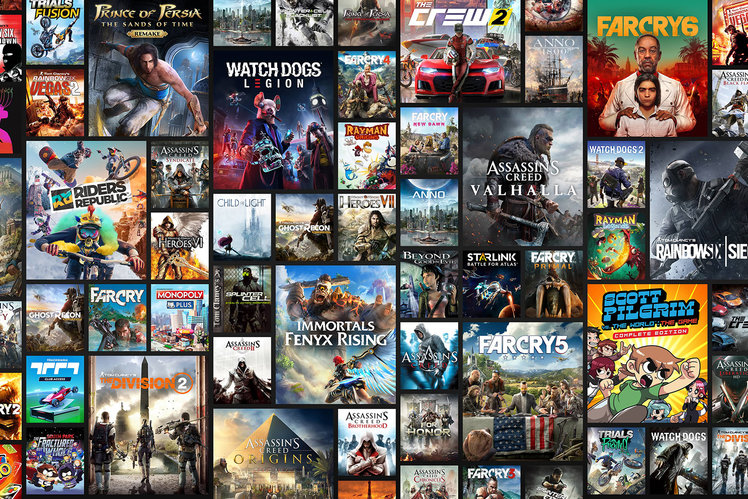 Ubisoft is bringing its Ubisoft+ games subscription service to Xbox.

Currently available on PC and Stadia, it offers over 100 Ubisoft back catalogue and new games, plus DLC and in-game items for a monthly fee.

So, what can Xbox gamers expect and what does it offer PC and Stadia users who are thinking of paying for membership. Read on.

What is Ubisoft Plus?

Ubisoft+ is the French games publisher’s own subscription service that works in a similar way to Xbox Game Pass or EA Play.

It provides access to more than 100 PC games (and Stadia equivalents) for a single monthly fee.

These include new and archive titles, plus a host of in-game rewards and downloadable content.

All games are downloaded and played locally on your PC, although a second payment tier adds Stadia support too, enabling a handful of the games to play over the cloud on all devices able to access Google’s service.

When will Ubisoft+ launch on Xbox and will it be on Xbox Game Pass Ultimate?

So far, Ubisoft has only confirmed that Ubisoft+ will be added to Xbox “in future”.

However, thanks to Twitter user @ALumia_Italia, who manages to regularly glean leaks from the backend of official Xbox sources, a logo for the service was found in August. That suggests it is getting closer to launch and could be announced in Q3 2022.

It is not yet known whether Ubisoft+ will be offered as part of Xbox Game Pass Ultimate (like EA Play) or will be a separate service on Xbox. It could be that it ends up incorporated in Microsoft’s membership plan, but not new titles as they launch.

How much does Ubisoft Plus cost?

There are two monthly membership tiers for Ubisoft+ on PC.

A multi access plan costs £14.99 / $17.99 / €17.99 per month and adds Stadia support. A selection of the overall games library can therefore be played over the cloud rather than having to download and install them first.

As stated above, it has not yet been confirmed whether Ubisoft+ will be added to Xbox Game Pass Ultimate when it arrives on Xbox One and Xbox Series X/S (like EA Play), or whether it will be available as a standalone service.

There is no word on whether it will be added to PlayStation, although many Ubisoft titles are now included in the PS Plus Extra and Premium tiers.

Where is Ubisoft Plus available?

Ubisoft+ is largely global. Approximately 100 countries are covered by the service.

You can see a full list of regions here.

To find out more about Ubisoft+ and how to subscribe, head here.