Of course, you’re probably already familiar with the Central Processing Unit or CPU. Flexible and responsive, for many years CPUs were the sole programmable element in most computers.

That’s made them the key to artificial intelligence, deep learning, and big data analytics applications.

Over the past decade, however, computing has broken out of the boxy confines of PC and servers — with CPUs and GPUs powering sprawling new hyperscale data centers.

These data centers are knit together with a powerful new category of processors. The DPU, or data processing unit, has become the third member of the data centric accelerated computing model.“This is going to represent one of the three major pillars of computing going forward,” NVIDIA CEO Jensen Huang said during a talk earlier this month.

“The CPU is for general purpose computing, the GPU is for accelerated computing and the DPU, which moves data around the data center, does data processing.”

So What Makes a DPU Different?

A DPU is a new class of programmable processor that combines three key elements. A DPU is a system on a chip, or SOC, that combines:
An industry standard, high-performance, software programmable, multi-core CPU, typically based on the widely-used Arm architecture, tightly coupled to the other SOC components

A high-performance network interface capable of parsing, processing, and efficiently transferring data at line rate, or the speed of the rest of the network, to GPUs and CPUs

A rich set of flexible and programmable acceleration engines that offload and improve applications performance for AI and Machine Learning, security, telecommunications, and storage, among others.

All these DPU capabilities are critical to enable an isolated, bare-metal, cloud-native computing that will define the next generation of cloud-scale computing.

The DPU can be used as a stand-alone embedded processor, but it’s more often incorporated into a SmartNIC, a network interface controller that’s used as a key component in a next generation server.

Other devices that claim to be DPUs miss significant elements of these three critical capabilities that are fundamental to claiming to answer the question: What is a DPU?

For example, some vendors use proprietary processors that don’t benefit from the rich development and application infrastructure offered by the broad Arm CPU ecosystem.

Others claim to have DPUs but make the mistake of focusing solely on the embedded CPU to perform data path processing.

DPUs: A Focus on Data Processing

This isn’t competitive and doesn’t scale, because trying to beat the traditional x86 CPU with a brute force performance attack is a losing battle. If 100 Gigabit/sec packet processing brings an x86 to its knees, why would an embedded CPU perform better?

Instead the network interface needs to be powerful and flexible enough to handle all network data path processing. The embedded CPU should be used for control path initialization and exception processing, nothing more.

At a minimum, there are 10 capabilities the network data path acceleration engines need to be able to deliver:

These are just 10 of the acceleration and hardware capabilities that are critical to being able to answer yes to the question: “What is a DPU?” 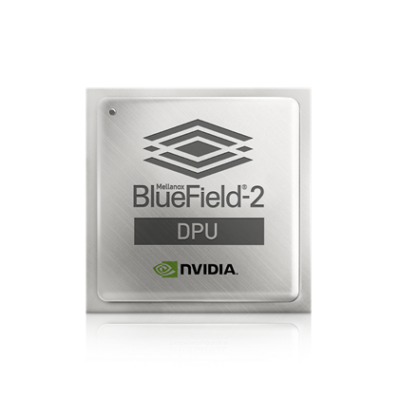 Many so-called DPUs focus solely on delivering one or two of these functions.

The worst try to offload the datapath in proprietary processors.

While good for prototyping, this is a fool’s errand, because of the scale, scope, and breadth of data center.

The post What’s a DPU? appeared first on The Official NVIDIA Blog.