Between graphics, suspicions and information already known for the most part, let’s take a look at the news concerning Alder Lake.

Alder Lake and its Z690 platform

Coming straight from the site pcinq.com (by @momomo_us), a diagram of the next Intel Alder Lake platform with the Z690 chipset has just been published. 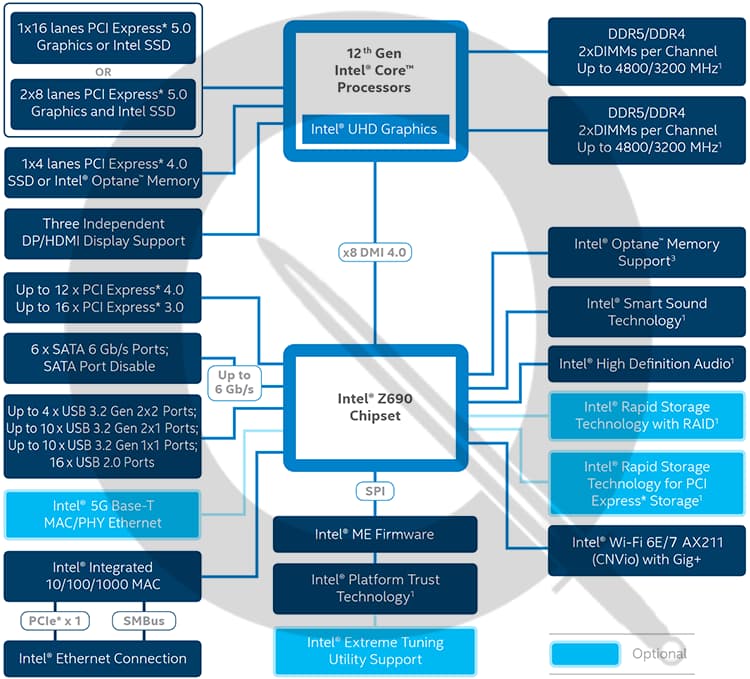 We find a lot of information known and formalized since theArchitecture Day 2021, with the Alder Lake processors supporting 16 lines of PCIe 5.0 and 4 of PCIe 4.0 with support for DDR5-4800 and DDR4-3200. The Z690 chipset has the right to 12 lines of PCIe 4.0 and 16 lines of PCIe 3.0, of course everything else in the chipset is improved compared to the Z590, with more USB ports and support for 5G Ethernet instead of 2.5. Also, mentioned for the first time here, the Z690 would support the upcoming Wi-Fi 7 standard. In addition, more information about the processors themselves came to us from the bilibili site (by @9550pro). 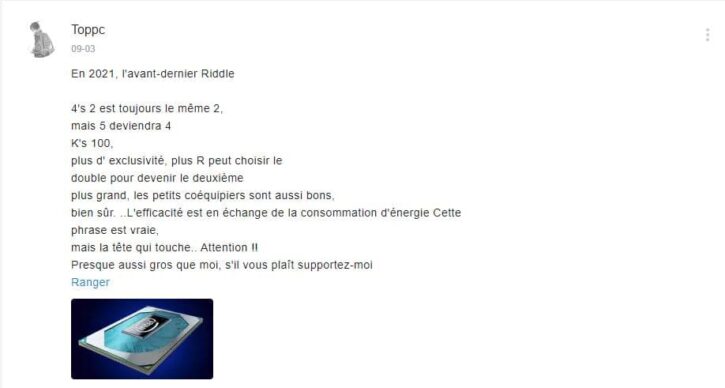 The message is vaguely understandable because of the translation, we can nevertheless learn that the DDR4 would remain on a gear 2, but the DDR5 would pass on a gear 4 and the overclocking of the BCLK would be part of the game on non-K processors. All this will have to be confirmed during the official tests of Alder Lake. 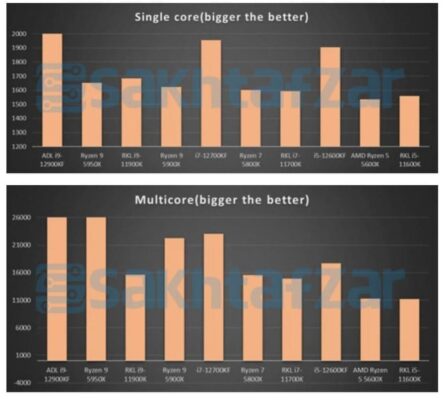 On the other hand, the site shows us several benchmarks, including single-core and multi-core performance without specifying the name of the software (Cinebench? Geekbench?). There would also be results under Blender and PC Mark. Nothing proves that all this is false, but we must take this information with great care especially if we consider the way this site has shared results and indicates information different from what Intel has officialized (the Alder Lake would have an increase in CPI of +20% compared to Tiger Lake, while Intel has shown the figure of 19% against Rocket Lake)

The post What’s new with Intel and the Alder Lake processors? appeared first on HardwareHeaven.com.