WhatsApp is rolling out a fresh UI for audio and video calls, making it easier to add new participants and join an ongoing group call even if you missed it.

The latest WhatsApp beta update has introduced a new calling UI which looks clearly inspired by FaceTime. With the new UI, toggles are more prominent with a bright white color scheme. In the earlier version, toggles were shaded gray, so it wasn’t always easy to tell at first sight if something was turned on or off.

The end call button has been relocated to the bottom row and now sits alongside the sound, mic, and video toggles. Swiping up from the bottom row reveals the Add participant button. This makes it easier to add new people to call while still holding the device comfortably in one hand. The old add participant toggle in the top right corner is still there, but I feel it will likely be phased out in the future. 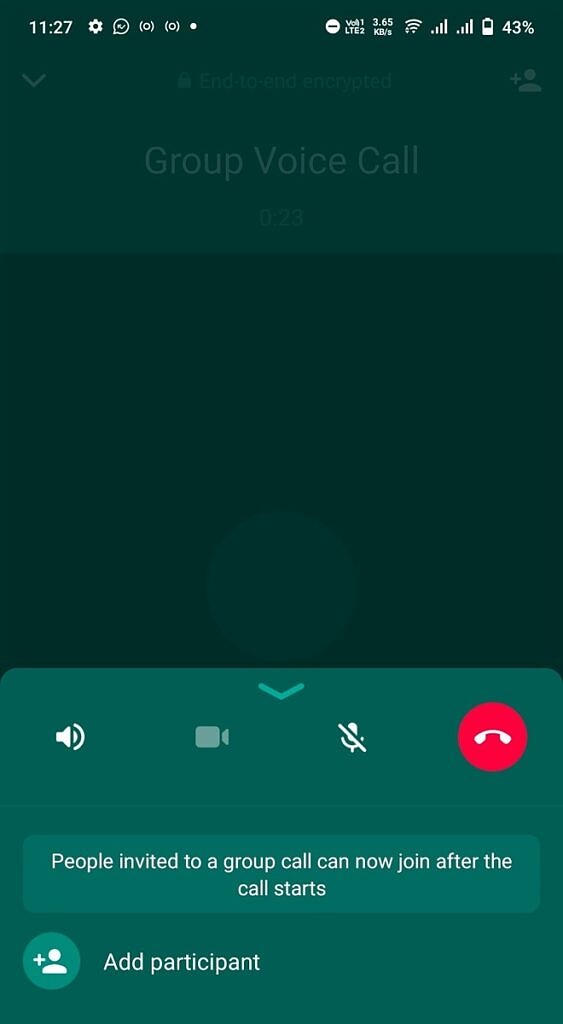 Another useful improvement in the latest beta is the ability to join group calls after they have started. For example, if someone invited you to a group call and you missed or ignored it, WhatsApp will now show you a “Tap to join” banner in the Calls tab to let you quickly join the group call (assuming it’s still going on). Previously, if you missed a call, you had to ask the caller to add you again. But with the new update, you only need to invite people once, and they can join the call at their convenience without having to add/invite them again.

The new calling UI and improved group calling experience are rolling out with the latest WhatsApp beta update for Android and iOS. Both features were available on my end on WhatsApp beta version 2.21.15.2. If you’re not part of the beta program, you can join it here.

The post WhatsApp is getting a new UI for joining a call appeared first on xda-developers.