WhatsApp is working on a new security feature that will make it even more difficult for users to hack into someone’s account. This feature is called login approval, reported WABetaInfo. The report added that this feature will notify users if an unknown device tries to log into their account, just like for Gmail, Facebook, and Instagram. This will protect users from hacking attempts by not letting unknown people get their hands on WhatsApp users’ personal data.

WhatsApp is working on a ‘login approval’ feature

The report reveals that this login approval feature will roll out for Android and iOS users. The feature will send in-app alerts to the user if they try to log in to their account on the platform. As per the screenshot shared in the report, this alert will show the timing the attempt is made and to which device (model). Users will be given choices to “allow” or “Do not allow”. This login will be possible if the user approves this request. 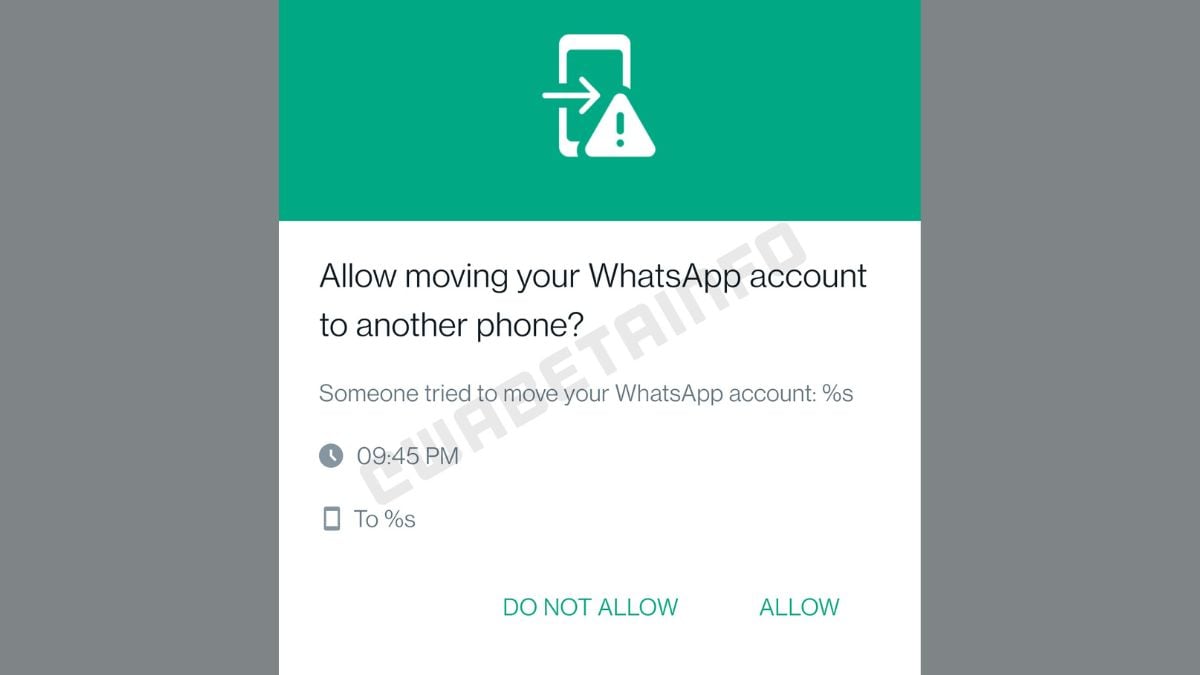 Since the feature is still under development, it is not yet confirmed when it will release for the users.

In addition to this, another recent report by WABetaInfo has announced that WhatsApp is testing new emoji reactions for Status. As of now, there were only 8 pre-defined emoticons that the users could use. These emojis include Smiling Face with Heart-Eyes, Face with Tears of Joy, Face with Open Mouth, Crying Face, Folded Hands, Clapping Hands, Party Popper, and Hundred Points.

For the unversed, WhatsApp now allows users to send any emoji they want while reacting to a text on the platform. This was earlier limited to just 5 emojis that included smiling face, thumbs up, sad face, heart and laughing face.

In addition to this, WhatsApp is also testing a new feature that will allow users to see the past participants of a group. The company had been testing this new feature with iOS. Now, this new feature is being shipped to Android beta testers of WhatsApp. Along with the ability to see who was a part of the group in the past, WhatsApp will also stop highlighting the participants who have left the group chat.