WhatsApp is reportedly working on some new drawing tools for images and videos. While WhatsApp has long offered the ability to draw over media, it currently doesn’t let you change the size of the pencil. But that may change soon as new evidence in the latest WhatsApp beta app suggests that additional pencil options are in the works.

As spotted by WABetainfo (via Android Police), WhatsApp is planning to add two new drawing pencils (for a total of three pencils) to the built-in media editor. As you can see in the screenshot below, three pencils have a varying degree of thickness, allowing users to draw thicker or thinner lines on images/videos. You’ll be able to access new pencils from within the media editor when you’re sending an image or video to someone. These tools are currently in development and not yet live in WhatsApp yet. 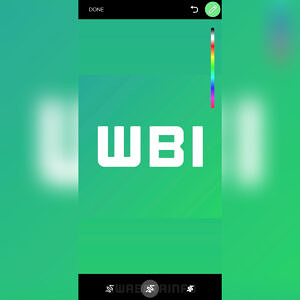 In addition, WABetainfo reports that WhatsApp is also working on a new feature that will let users blur images before sending them. This feature was initially thought to be iOS-exclusive, but the latest evidence suggests it will also be making its way to the Android client. The ability to blur images right from the image editor will come in handy when sharing screenshots or images that may contain sensitive information. Currently, many WhatsApp users rely on the built-in drawing pencil to conceal sensitive information in an image.

It’s unclear when these new features will go live in the WhatsApp app. As always, they will most likely arrive first on WhatsApp beta before making their way to everyone.

WhatsApp has continued to gain new features and improvements over the past months. The app recently added a new voice note player on iOS that allows users to listen to voice notes in the background. Other newly added features include additional options for Disappearing Messages, Novi Wallet integration for payments in the US, and the ability to preview voice messages before sending them.