Last month, a report detailed how WhatsApp is working to bring Instagram DM-like message reactions to the messaging service. The feature, when it is available, would allow users to react to a text message using an emoji — a thing that is available across other Facebook messaging apps like Messenger and Instagram DM. However, we didn’t have any screenshots or a UI element that showcased how the feature would look like.

Ever-so-reliable WABetaInfo has now posted some of the screenshots of WhatsApp’s message reaction feature. At the first glance, it seems the message reaction feature is similar to other Facebook services wherein you can use any emoji to react to a message. Moreover, the report says that the reactions aren’t anonymous and everyone in the group will be able to see who has reacted and with which emoji. 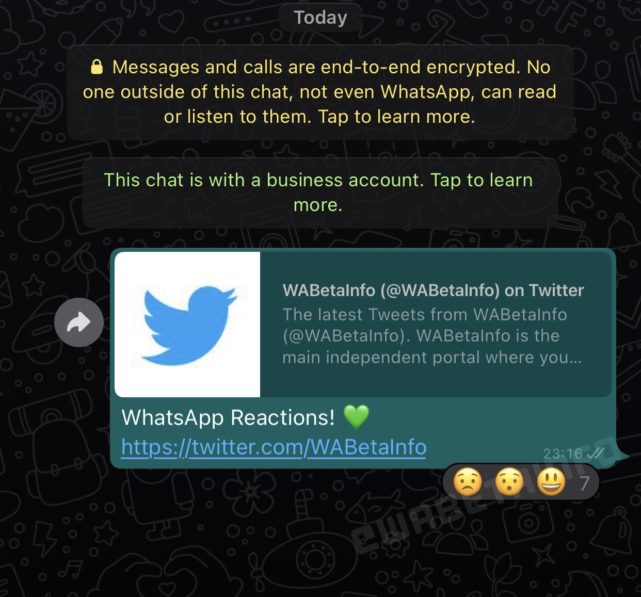 WABetaInfo says this feature is being tested for iOS and Android devices, currently, but it isn’t available on the beta versions of both platforms.

Along with message reactions, the publication has also reported that WhatsApp is working on redesigned chat bubbles on iOS as well. The report says that new message bubbles are “larger than the old ones” and they look “more modern.” The new bubbles are a bit more contrast-ier. 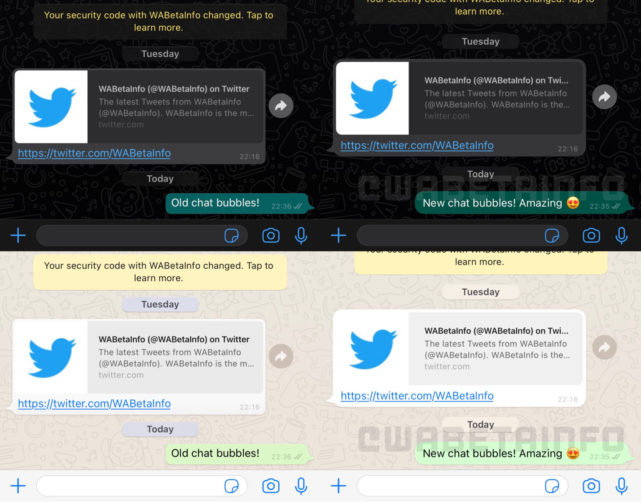 WABetaInfo says the redesigning is at the early stage right now, so it isn’t even available to beta testers yet. “It will be available in a future update,” says the report. What are your thoughts on the new feature? Let us know in the comments section below!