WhatsApp keeps on introducing new emojis and features on its platform every now and then. As per the latest report by WABetaInfo, the messaging platform is rolling out skin tone variations for couple emojis in the beta version of the app. The report reveals that the company has introduced these emojis for select beta users on the 2.21.24.11 version.

With these emojis, users will be able to select different skin combinations while picking couple emojis on the platform. According to the report, “While we wait for a new bug patch update for WhatsApp beta for Android through the Google Play Store that should address the issue on Android 12 (but it’s currently available as a web release), WhatsApp is now launching a new feature about emojis.”

In other news, WhatsApp has recently released its September monthly report under the Intermediary Guidelines and Digital Media Ethics Code Rules, 2021 where it announced that it banned over 2 million WhatsApp accounts in India between September 1 and September 20, 2021. 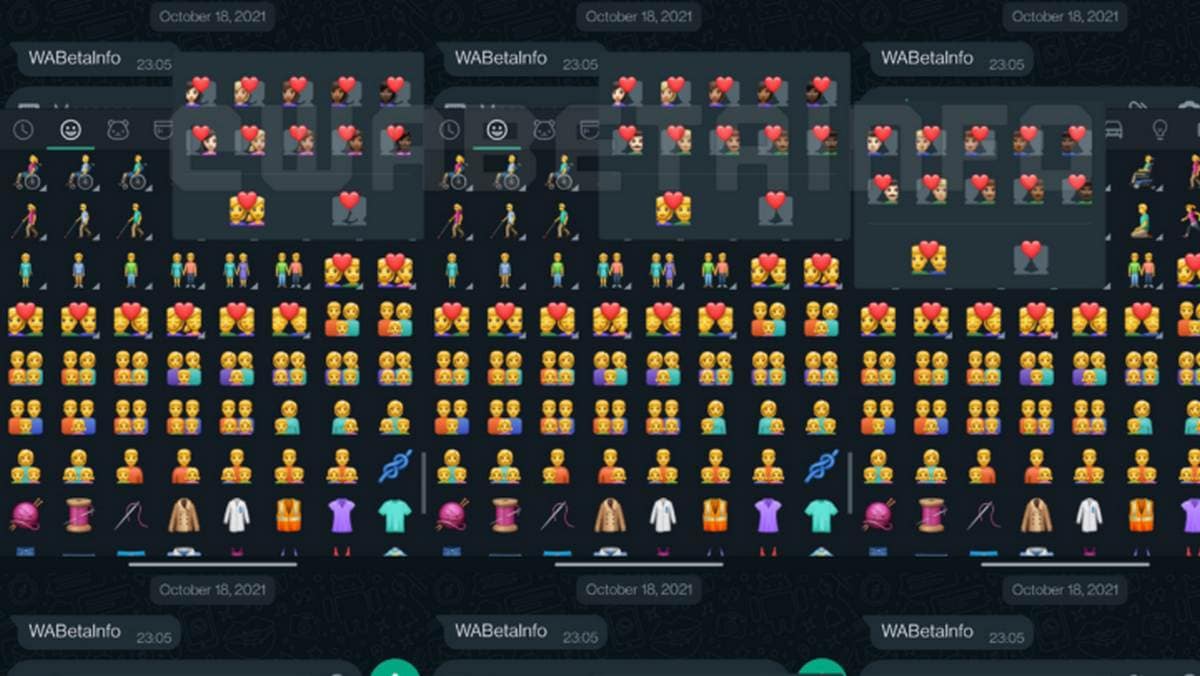 The reason behind the ban of millions of accounts was because WhatsApp tools identified some accounts that go against the platform’s guidelines and protocols. Such accounts have been banned and users will no longer be able to use the platform using their existing mobile number.

According to WhatsApp, “the abuse detection operates at three stages of an account’s lifestyle: at registration, during messaging, and in response to negative feedback, which we receive in the form of user reports and blocks. A team of analysts augments these systems to evaluate edge cases and help improve our effectiveness over time. We have detailed our on-platform capabilities to identify and ban accounts in this white paper”

To create a new WhatsApp account, the said user will need to get a new phone number and then create a new account. However, it should be noted that if the same activity is repeated, the platform will ban the account again.