WhatsApp will soon add support for making voice and video calls on the web, two features that have existed for years on mobile clients. WABetaInfo tore into a recent update to the web/desktop client (version 2.2043.7) and enabled the feature while it’s still in-development.

As of now, voice and videos calls on WhatsApp Web appears to be in a beta stage. Luckily, WABetaInfo still managed to get the feature working, bringing us some screenshots to demonstrate what calls will look like on the web/desktop. When users receive a call on the web, a popup window will appear, allowing users to accept or decline the call. A different window appears when you make a call; it’s smaller and features controls to mute your mic and hang up.

WABetaInfo also said that Group Voice and Video calls are being tested for WhatsApp Web, which will be a great way to communicate with friends and family. 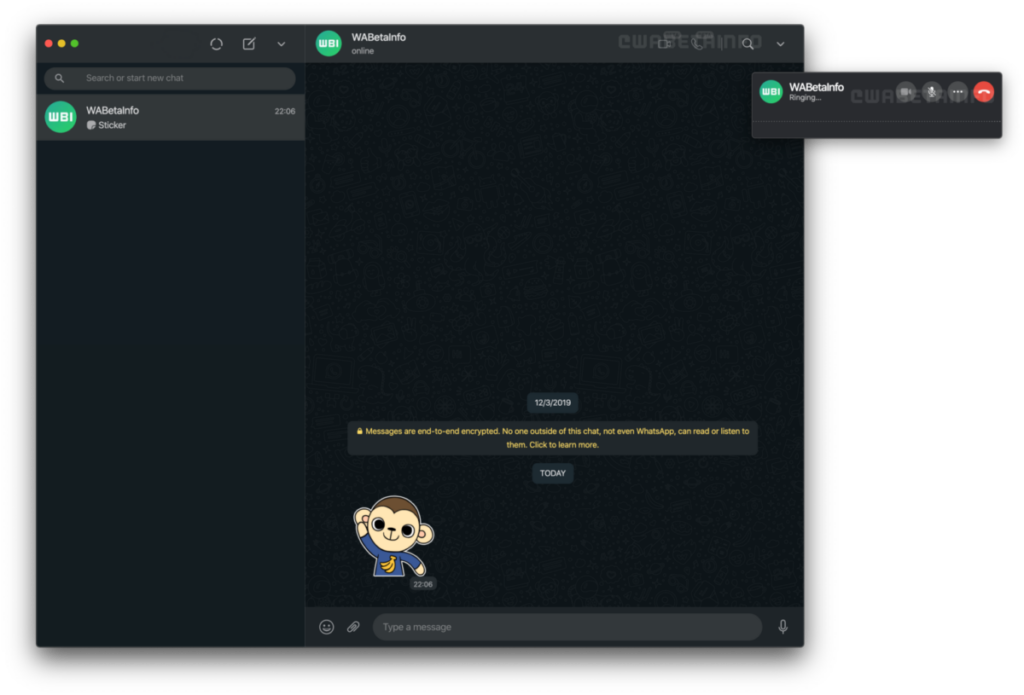 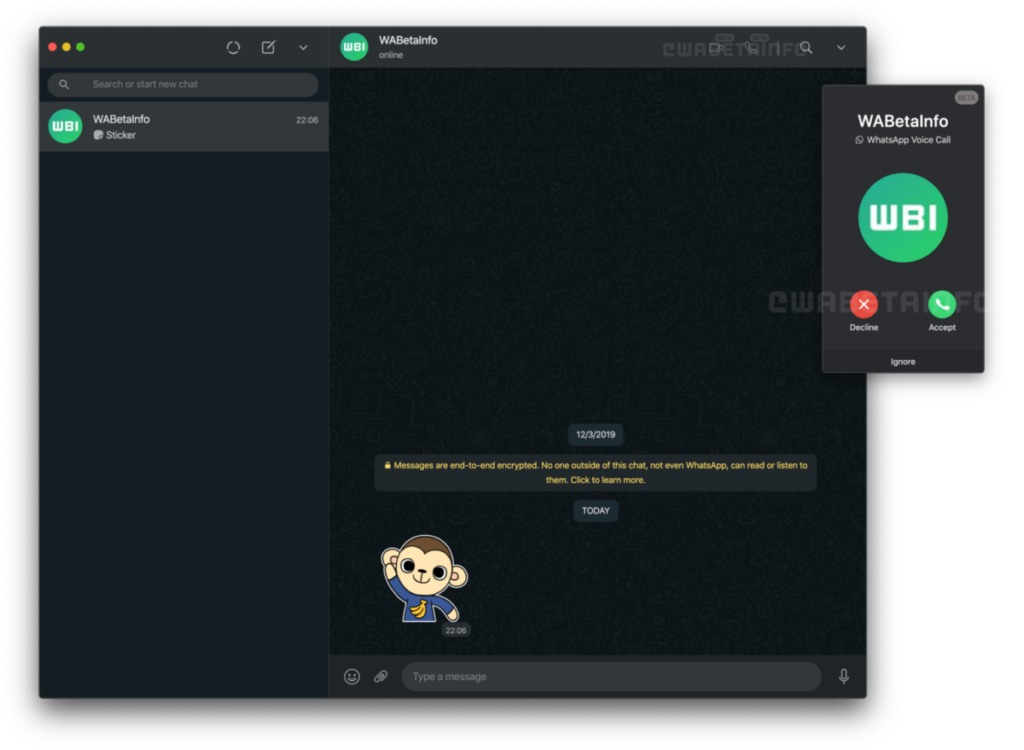 Of course, voice and video calls are already available on WhatsApp for Android and iOS, so bringing the features to the web would merely bring parity. It would also bring more convenience to users, especially with so many people spending more time on computers while working from home. Updating WhatsApp Web would make users less reliant on their mobile devices.

Keep in mind that WABetaInfo isn’t affiliated with WhatsApp, so the features mentioned haven’t officially been announced. However, the website regularly uncovers features coming to WhatsApp before they’re widely available, giving users an idea of what to expect. Recently, WABetaInfo uncovered that WhatsApp was testing a redesigned Storage Usage section, along with several other new features.