WhatsApp is the most used instant messaging app in India. The Meta-owned app gets new features every now and then which further enhances the way you use the platform. Now, as per a report on the Internet, WhatsApp is working on a feature that will allow group admins in a Whatsapp group to delete messages for everyone.

Group admins will soon be able to delete any incoming messages

As per a screenshot by WABetainfo, if you are an admin of a WhatsApp group, you will see an option to delete anyone’s messages in your group. To recall, this feature was rumored sometime back, but finally, we can see how it might look. 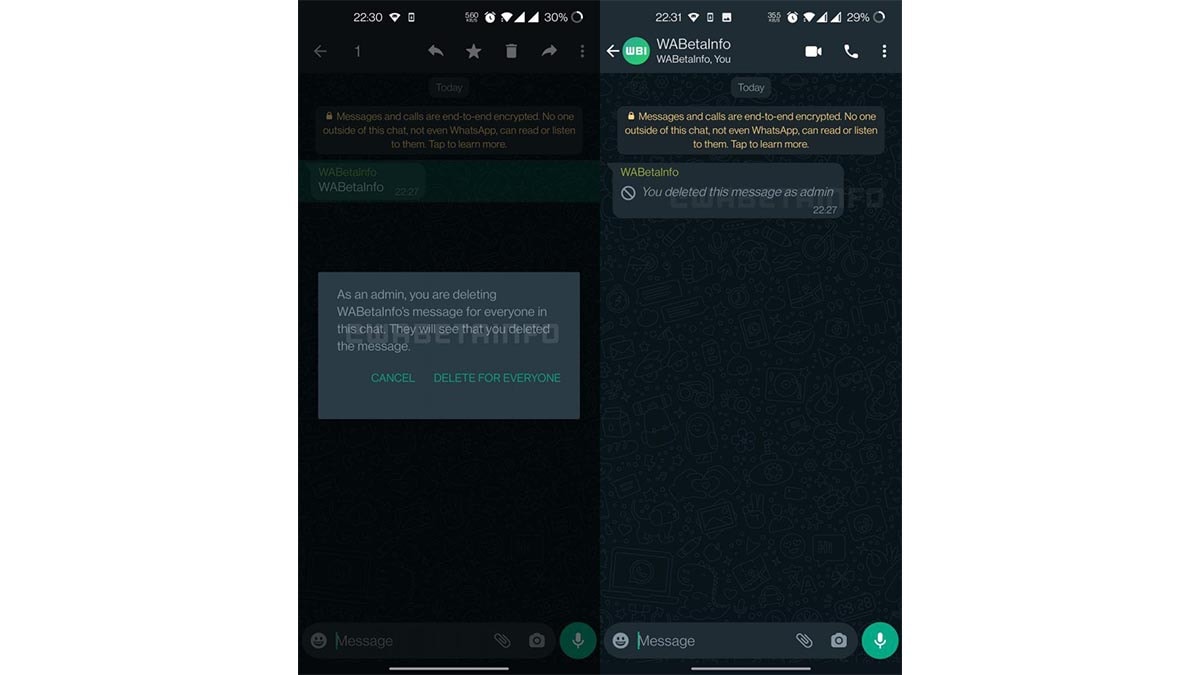 “As an admin, you are deleting (group’s) message for everyone in this chat. They will see that you deleted the message.”

This feature could be useful at times to control the activity in a group. With this feature, admins could also be held responsible in case of some serious issues. As admins will be having more power over the content that’s being shared in the Whatsapp group.

Whatsapp is yet to confirm this feature, but WABetainfo reveals that you might already have this feature if you are a beta tester.

If you are unable to delete incoming messages, do not worry as it may be rolled out to you soon. Whatsapp is experimenting with this feature with limited users, so if you get it, consider yourself lucky.

Other than this, Whatsapp is reportedly working on a feature called “Kept messages.” This feature will allow you to keep the disappearing message by converting it to a standard message.