In August last year, WhatsApp rolled out a new “View Once” feature that allowed users to share disappearing media on the platform. But it did not offer screenshot blocking at launch, which meant that recipients had the option to save the disappearing media on their phones by taking a quick screenshot. This rendered the feature useless. WhatsApp is now finally working on bringing screenshot blocking for View Once messages to rectify this glaring issue, along with a couple of other privacy features.

Mark Zuckerberg, Founder and CEO of WhatsApp’s parent organization Meta, recently announced three new privacy features for the popular messaging platform. These include screenshot blocking for View Once messages, an option to leave groups silently, and the ability to choose who can see when you’re online. 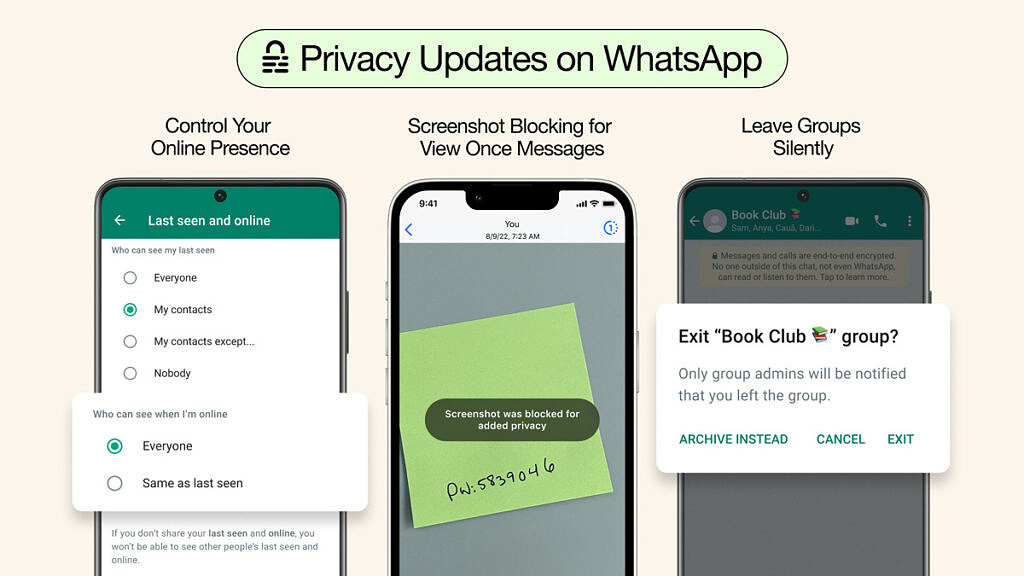 Screenshot blocking for View Once messages will essentially prevent recipients from taking a screenshot of disappearing media, finally making the feature useful. It is currently being tested and will roll out to all users soon. WhatsApp has been working on an option to let users hide their online status for some time now. We spotted the in-development feature in a beta release a few weeks ago and Zuckerberg has now finally confirmed its existence. The feature will reportedly start rolling out to all users later this month.

Lastly, WhatsApp users will soon be able to exit groups without notifying all other participants, making things less awkward. However, group admins will still be notified when someone leaves. Like the upcoming online status visibility option, this change will roll out to users later this month.

Along with these three new privacy features, WhatsApp has also kicked off a new campaign to educate users about its new features and “its continued commitment to protecting users’ private conversations.”