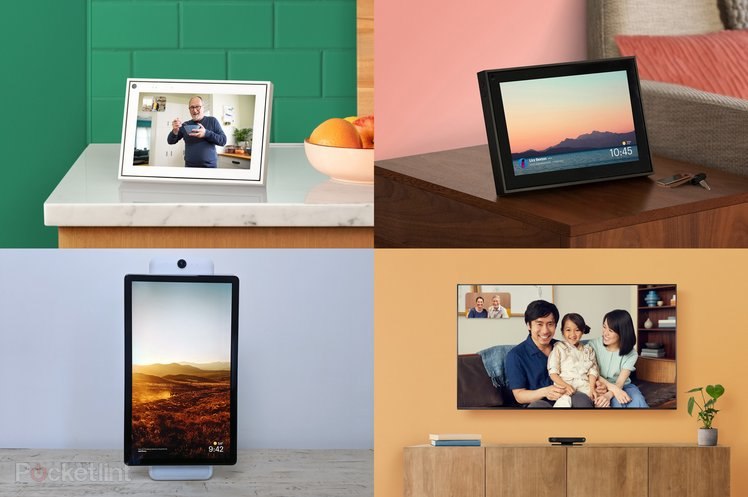 Facebook now has several different smart displays aimed at video calling and helping you connect with your loved ones. These range from a small screened device that looks like a digital photo frame to a camera that plugs into your television.

Each of these devices is intended to make video calling more convenient, interesting and accessible. But which of the Facebook Portal devices is right for you?

We’re here to help you work out the differences and decided which version to purchase. 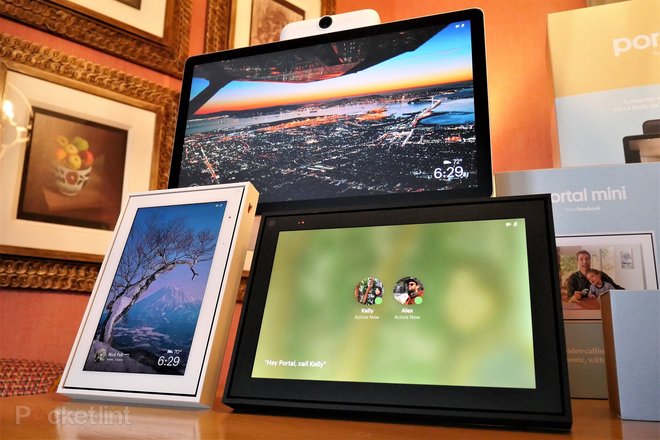 Which is the best Facebook Portal device for you?

There are currently four different Facebook Portal devices. These devices offer mostly the same experience with slight differences in specifications and features. There’s the small but snazzy 8-inch Portal Mini, the larger 10-inch Portal, the premium 15-inch Portal+ and the Portal TV.

Each is designed to slot comfortably into your home and give you the ability to easily make and receive video calls with friends and family members with a minimum of fuss.

The devices mostly offer a similar experience and functionality meaning the one you choose will likely depend on your budget and how much screen real estate you want.

These Portal devices all have AI-powered smart camera technology that automatically tracks people on the call. With wide-angle lenses and built-in intelligence, the cameras will follow people around the room and allow them to move around more naturally. All the while users don’t need to worry about holding a phone or tablet and trying to frame themselves in the shot. 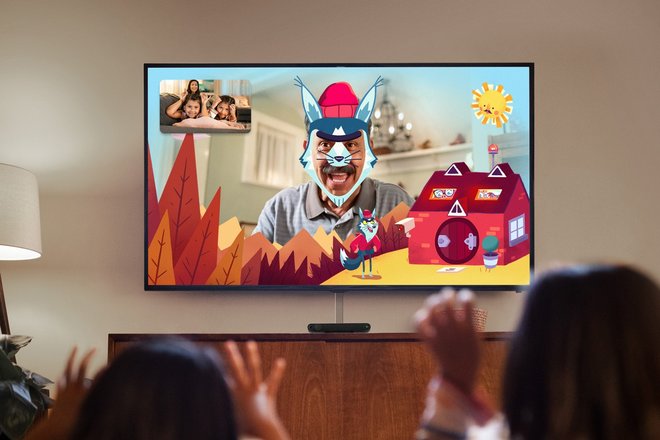 Facebook has also attempted to make video calling more interesting with the addition of other smarts into these displays. This includes things like AR effects to add silly faces, masks and visuals on the call, AR games that you can play with friends while on the call and Story Time. The latter of these is the most interesting as it lets Portal users tell read children’s stories via the video interface. This includes 15 different stories which add AR effects to the call as they’re being told, the likes of Llama Llama, Pete the Cat and Otto are available with more coming in future.

We like this addition to the system as it gives family members the chance to get involved with things like bedtime routines even when they’re miles away.

Facebook Portal is designed to not just be great for video calling, but also to keep things interesting in other ways. For example, there are familiar apps built into the devices to keep you entertained. These include things like Spotify, Deezer, Words with Friends and Draw Something.

With Portal TV, things can get really crazy with Mic drop. This is like karaoke but for video calls. Allowing you to lip-sync along to songs on an augmented reality stage, just for your captive audience.

As you’d expect from a smart display, all the Portal devices are also controllable with your voice. Each has Amazon Alexa intelligence built-in and can do anything Alexa can do. With a smart display, that also means you get a similar experience to the Amazon Echo Show with access to all the same skills that Alexa has.

You can use Facebook Portal displays to listen to your favourite tunes via Spotify, Amazon Music Unlimited and more, check the news, control your smart home and more besides. You can also use the screen to watch your favourite shows via Amazon Prime Video.

Facebook also has its own voice control system that the company says it is constantly striving to improve as well. “Hey Portal” commands will wake the device and let you do more in future.

Each device sports some fairly powerful and surprisingly capable built-in speakers for your audio enjoyment too.

Work as a photo frame

As you might expect from a device that’s designed to look like a digital photo frame, Portal devices do also have that functionality as well. They’re able to display your favourite photos and serve as a reminder when it’s a friend’s birthday too. 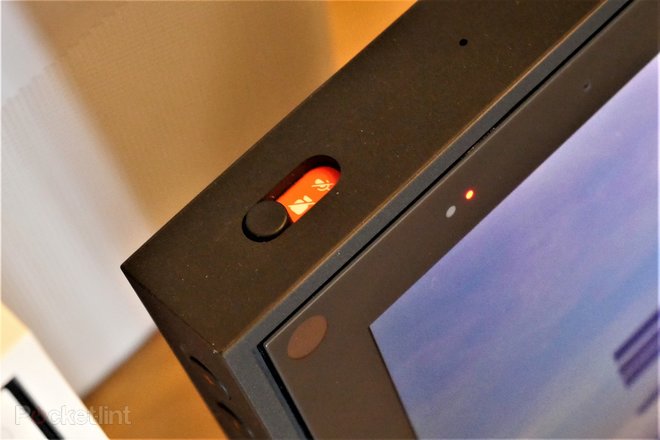 Each Facebook Portal device is built to be “private by design” – Facebook knows having a camera in your home can be unnerving. So it’s designed these devices with hardware-level buttons to slide a shutter over the camera and mute the microphone in a way that even if the device was hacked no one could access the audio or video recording capabilities.

For extra security, Smart Camera and Smart Sound use AI technology that runs locally on Portal, not on Facebook servers. If you use the “Hey Portal” command then your voice interaction with the device may be recorded and reviewed by a trained member of the Facebook Portal team, but this is to help improve the system. If you don’t like the idea of that you can turn off storage in the settings and delete anything it has recorded too. 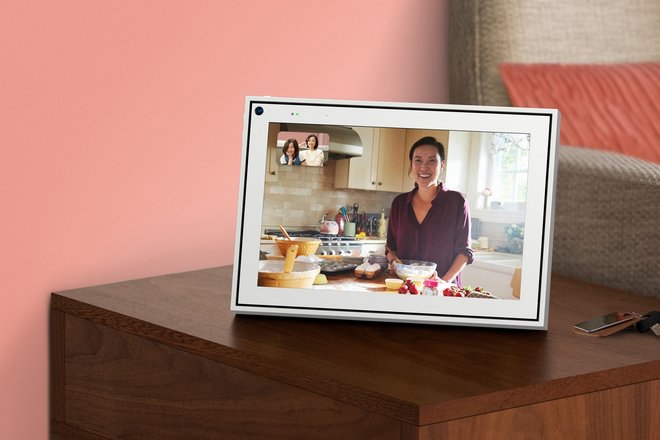 The Facebook Portal Mini is the smallest of the range. Like the others, it’s a capable video calling device and with a cleverly thought out speaker design it also packs a surprising amount of audio punch.

As the smallest smart display, it probably most closely resembles the digital photo frames it was inspired by, though with far more features.

The Portal Mini also has a 13MP camera with a 114-degree field of view that’s capable of picking up most of the room. There’s the built-in privacy shutter in the top left that you can easily slide to block off the lens and turn off the microphones too. You get visual alerts to show when this has happened via lights on the device and notifications on the screen.

Portal Mini can be used in portrait or landscape orientation and sports an intelligent adaptive display that adjust brightness and colour to account for your surroundings. This makes your favourite photos look great, but ensures calls look good too.

Thanks to its small frame, the Portal Mini can be placed anywhere in the home and will perform its duties from whatever spot you choose. Whether you decide to set it up in the living room for comfortable calls with the family or in the kitchen where it can also be used for recipe hunting with Alexa, the Portal Mini is flexible and useful.

Portal Mini is also the most affordable of these devices with regular discounts available. 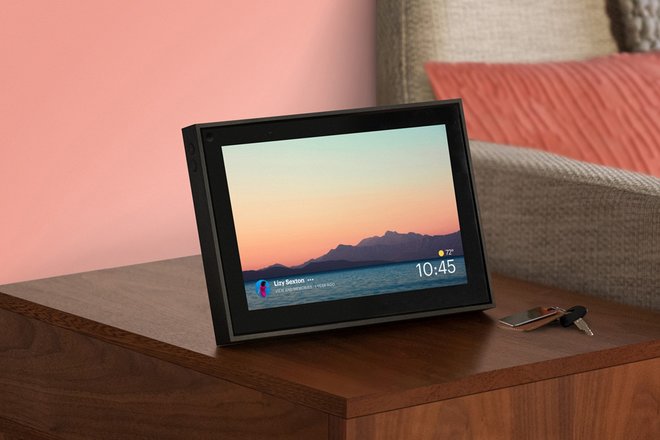 The Facebook Portal is the larger brother of the Mini with a similar photo frame-like design, but with a larger 10-inch screen. It too can be used in either landscape or portrait modes and looks great for displaying photos or placing calls.

Like the Mini, the larger Portal has all the smarts we’ve already covered including AR effects, Alexa integration, the ability to display your photos and watch videos too. It packs some capable speakers and delivers an interesting experience at a reasonable price.

The 10-inch screen and subtle frame means Facebook Portal can sit nicely almost anywhere around your home without much fuss. 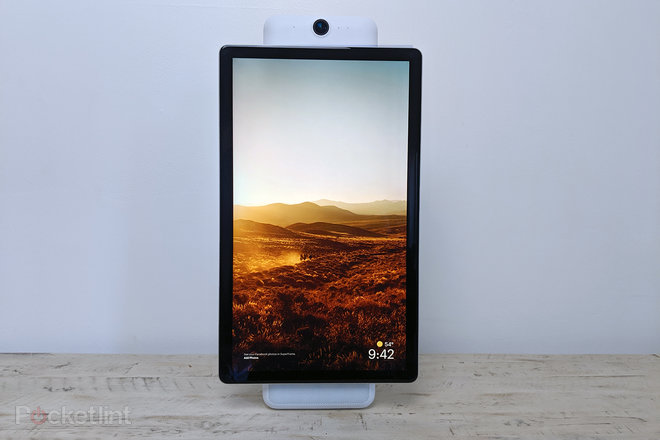 Facebook Portal+ is the largest and the most premium device in the line-up. It has a large stylish looking design that stands out in the home and is far less subtle than the smaller photo frame styled devices. We can’t help but think this one looks more like a Mac than a standard smart display.

It boasts a large 15.6-inch screen with a 1080p resolution that’s the best of the bunch in terms of visuals. Oddly, it has a slightly lower count camera at 12MP compared to 13MP on the smaller devices, but it does have a wider field of view. It also has better speakers and a more impressive presence in the room.

Of course, if you invest in Portal+ you’re more than likely going all-in with Portal and will have to explain to guests what the large screen is sitting in the corner of the room.

Portal+ works in both landscape and portrait mode too though, so you can turn it to fit your space or personal preference.

We’re of the opinion that Portal+ offers the most premium video-calling experience of any device or service out there, but that does come at a price. 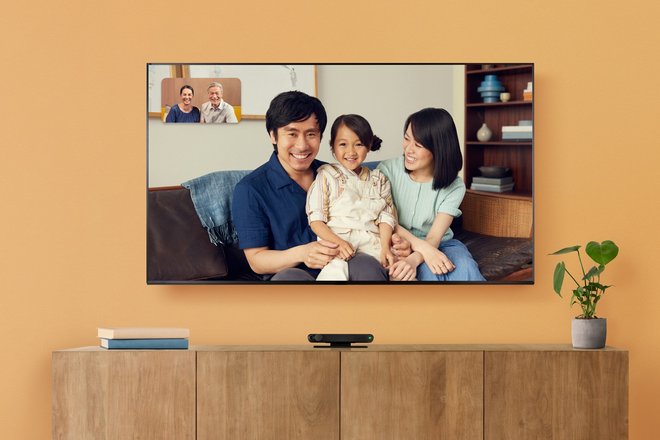 Facebook Portal TV is the standout in the Portal range. This device doesn’t have a screen, but instead uses your TV to display video calls. It is essentially an intelligent webcam that plugs into your TV via an HDMI cable, then uses that as a large screen for video calls.

Portal TV is useful because it is designed to sit near to your TV or on top of it and allow for a hassle-free, hands-free video call with ease.

It comes with a built-in speaker to let you know when a call is coming in and a remote control or voice controls that allow you to answer the calls with ease. Thanks to a 120-degree wide field of view camera and the smart camera tech, it can essentially see your entire living room and track people in the room as they move about too.

Portal TV also packs more microphones than the other devices, with eight far-field mics built-in to allow it to capture the voices of people in the room while eliminating unnecessary background noise. This is likely the least invasive device in the line-up as the subtle camera could easily be overlooked by guests and yet you have an easy way to make video calls when you need to.

Like the other Portal devices, Portal TV has a privacy shutter and mic mute button when you don’t want to use it and want to double down on privacy, but otherwise, it’s ready for action at a moments notice. Facebook says Portal TV is designed to not interrupt your TV viewing either. It won’t automatically switch to video calls when you’re in the middle of a film or binge-watching your favourite Netflix show, you have to accept the call first.

With Portal TV you get the added bonus of access to Facebook’s “Watch Together” functionality. If you’re placing calls with other Facebook TV users you can watch videos together while also on the call.

Portal TV also has the same functionality as the other Portal devices, except it uses your TV as the display. It works with Alexa, functions as a “superframe” display for your photos and works with AR effects and Story Time too.

As you can see, the Facebook Portal smart devices are mostly designed to deliver the same functionality and give you convenient video calling experiences anywhere in your home. Which you choose will depend on your budget and how much you want your devices to stand out.

The most subtle device is almost certainly Portal TV as it doesn’t even have a screen, while the Portal+ is the premium and proud as well as a little more in-your-face.

If video calling is important to you, then any of these devices will be a welcome addition to your home.

It’s worth keeping an eye out for deals on Facebook Portal devices as they regularly go on sale around key times of year – Mother’s day for example. They also make a great gift for keeping in touch with elderly members of the family who you don’t see as much as you should or would like to.