Is the Magic Mouse the best choice for Mac users, or should you spend your money on a third-party pointing device? And should MacBook owners bother “upgrading” from the Magic Trackpad on their device?

If you have a MacBook or are considering a desktop machine like the Mac mini or Mac Studio, the Magic Trackpad might just be your best choice. All MacBook owners have one, while iMac customers can upgrade from the Magic Mouse at checkout for an additional $50.

If you’re buying a Mac mini or Mac Studio you can add one to your order at checkout for an extra $129. Though expensive, Apple’s trackpads are the best in the business. External models are rechargeable and come with a USB-C to Lightning cable, though you can connect over Bluetooth for a fully wireless setup.

Apple’s wireless, rechargeable trackpad for all Mac models lets you use macOS extensive number of gestures regardless of whether you have a MacBook or not.

macOS is an operating system that works better with gestures. With a trackpad you can swipe between desktops quickly, access features like Mission Control and App Exposé with a flick, and use multi-touch gestures like pinch-to-zoom whenever you want. Scrolling is smooth and easy with two-finger scrolling, and you can navigate backward and forward in your web browser with a swipe.

If you’re a die-hard mouse user or you’re doing something for which the accuracy of a mouse is preferred (like editing photos or playing games) then the Magic Trackpad may not suit.

The Magic Mouse is fine, but you can probably do better. This isn’t the case with Apple’s aforementioned Magic Trackpad, which is probably the best example of its kind.

The problem with Apple’s Magic Mouse is that it’s very expensive for what it is. It doesn’t feel like it was designed for long sessions or with utility in mind. It supports some limited macOS gestures (including two-finger scroll, which you’ll be needing because it lacks a scroll wheel) but falls well short of the utility provided by the Magic Trackpad.

The Magic Mouse is stylish but lacks the raw utility you’d expect from a workhorse mouse. The flat design won’t fill your palm nicely, and many users complain that it’s uncomfortable to use over long periods. It’s wireless and rechargeable, but Apple insists on putting the Lightning port on the bottom which means you can’t use it while charging. It also costs $79, or $99 if you want it in black.

On the other hand, the Magic Trackpad is absolutely worth your money. This is why you should ditch the Magic Mouse at checkout if you’re buying a desktop. When purchasing an iMac, it will only cost you an extra $50 at checkout to ditch the mouse for the trackpad.

macOS has excellent compatibility with Windows mice, though you’ll have most joy with those that use a wired or native Bluetooth connection. Some of the dongle mice require additional drivers, and most of them are designed with USB-A ports in mind. This is a problem for MacBook owners who only have USB-C ports, though you can get around it with adapters.

A cheap mouse is ideal if you don’t use a mouse all of the time, instead preferring to work with the Magic Trackpad on the desktop and while browsing the web. For tasks where a mouse is better suited, like editing photos and video or navigating large spreadsheets with a scroll wheel, having a mouse on your desk is ideal.

The Satechi M1 is a cheap wireless rechargeable mouse designed for Apple devices including the Mac and iPad Pro. It has a scroll wheel and two buttons, connects over Bluetooth, and is made of real aluminum. It doesn’t support multi-touch gestures, but it costs less than half of what Apple is asking for the Magic Mouse. 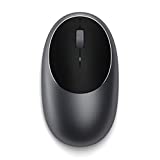 A real budget mouse for Mac users who want something simple, the Satechi M1 has all the basics covered: Bluetooth connection, rechargeable battery, scroll wheel, and two buttons.

Most Bluetooth and wired mice designed for Windows will work on a Mac, but any that have programmable buttons that rely on software that’s not available for macOS will be stuck in their default state. If you have a spare mouse from a Windows PC, hook it up and give it a shot. You can even check the manufacturer’s website for Mac software, but don’t hold your breath.

Spending more money usually provides you with more features and buttons, improved sensitivity, and superior build quality. Stick with a cheaper model if you just want something basic that you’re not going to use all day every day. Cheaper mice are also usually smaller, which makes them more portable if you’re always on the move.

Spend More on Something Special

For around the same price as a Magic Mouse ($79-$99) you can buy something really special. At this price point, you’ll get programmable buttons, customizable sensitivity, multiple scroll wheels, and better ergonomics. These mice are more resilient and can take a beating, ideal if you’re looking for a daily driver.

The Logitech MX Master 3 starts at around $80 (refurbished) to $100, and is widely considered one of the best “business” mice you can buy. It has additional buttons that you can program using Logitech’s Mac-compatible software, two scroll wheels, and it even works on a glass desk. The Advanced version supports both dongle and Bluetooth connections.

Treat yourself to one of the best mice money can buy with the Logitech MX Master 3. It looks and feels the part, with two silent electromagnetic scroll wheels, programmable buttons, ergonomic design, and build quality to match.

It’s more comfortable than Apple’s mouse, and it has a lot more functionality to boot. The MX Master 3 is often cited as the best bang for your buck in terms of features, ergonomics, and price point. You can often find demo units to try out at large electronics retailers.

If you’re looking for something a little more ergonomic, try the Logitech MX Vertical instead. It’s designed to be used in a more “natural” neutral wrist position and doesn’t require that you angle your palm face-down on the desk. It’s far more comfortable than Apple’s Magic Mouse, and it’s a great alternative if you’re worried about carpal tunnel or repetitive strain injury. 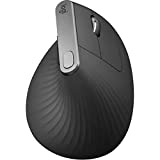 Give your wrists a rest with the Logitech MX Vertical, a mouse designed with a neutral wrist position in mind. The unique design also incorporates a scroll wheel, Bluetooth connection, high precision sensor, and rechargeable battery.

For gaming, the Logitech G-Pro Wireless is a great option, and you can now use Logitech’s G Hub software to set it up just the way you like it. Be aware that other brands like Razer don’t necessarily offer software for macOS, which will limit your device’s functionality.

Consider a Trackball Too

Not everyone gets on with trackpads and conventional mice. If you’re looking for something a little different, consider a trackball mouse instead. There are a few different types of trackball mice to choose from, though you could be forgiven for forgetting about them since they’re not seen as the most popular choice.

The Logitech Ergo M575 incorporates a thumb-operated trackball into a standard mouse design. It’s a relatively cheap mouse alternative that uses Bluetooth or a dongle and takes a single AA battery as its power source. There’s also the more expensive Logitech MX Ergo if you want something rechargeable with additional features and sensitivity. 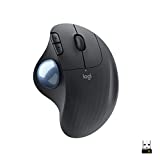 A cheap introduction to the world of mouse alternatives, the thumb-operated Logitech Ergo 575 fuses traditional mouse design with a trackball.

If you’d rather go all-in on the traditional trackball design, the Kensington Expert Wireless Trackball can’t be beat. It looks like the eye of Sauron, it’s built like a tank, and the ambidextrous design incorporates four buttons and a scroll wheel. You can connect over Bluetooth or a dongle, and there’s Mac-compatible software to make customizing painless. 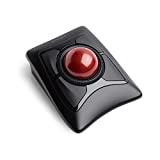 For those who prefer scrolling with their fingers instead of their thumbs, this massive trackball and comfy wrist rest will fit the bill.

Look Beyond Apple for Accessories

The Magic Mouse might not be the best mouse for the money, and the same is true for Apple’s monitors too. While the Pro Display XDR and Studio Display are excellent monitors, there are other monitors you should consider for your Mac first.