If you’ve noticed newer Wi-Fi network gear labeled Wi-Fi 6 and have read about upcoming Wi-Fi 7 hardware, you might have stopped to wonder why you never saw things labeled with lower numbers in the past. Here’s why Wi-Fi is numbered now.

Widespread Wi-Fi network access and the ubiquity of Wi-Fi routers in homes across the world make it easy to forget that Wi-Fi wasn’t always around and certainly not in everything from our living rooms to airplane cabins.

Wi-Fi was introduced in the late 1990s and was labeled and identified by the terminology laid out in the Institute of Electrical and Electronics Engineers (IEEE) 802.11 standard—the technical documentation devoted to standardizing wireless computer networks.

In the beginning, and for a number of years after that, the versions of Wi-Fi were described simply by the standard number, 802.11, appended with a version indicator.

The very first version was 802.11-1997 and you can certainly be forgiven for never having heard of it unless you’re a veteran of the industry or a serious network nerd.

Despite having a few clear technical advantages (802.11a operated on 5GHz instead of 2.4GHz and had higher bandwidth) it didn’t see much adoption outside of corporate use. For consumers, the lower price of 802.11b hardware and a longer range were appealing enough to suffer through slower speeds.

After that, every few years a new and improved version of 802.11 became the new defacto standard and the name hardware manufacturers would promote.

802.11b was superseded by 802.11g, and this is the point where Wi-Fi started to consistently appear in homes. The Linksys WRT54G lineup of routers, with the distinct black and blue case, might as well have been the mascot of this period of Wi-Fi adoption with over 30 million units sold.

Eventually, the 802.11g standard was in turn superseded by 802.11n, then 802.11ac, 802.11ax, and so on—with each new generation bringing significant improvements both to the raw throughput and reach of Wi-Fi as well as a better user experience.

In between all of the “defacto” releases, there were also plenty of versions of the standard like 802.11ad and 802.11aj that improved and amended 802.11 but didn’t become the version manufacturers adopted as the next face of Wi-Fi.

Although not formally adopted as of April 2022, the current candidate for the next generation of Wi-Fi is 802.11be. But when that generation arrives you’ll know it as Wi-Fi 7, which leads us to the next part of the story.

The Wi-Fi Alliance Simplified Things in 2018

The Wi-Fi Alliance doesn’t maintain the actual standard like the Institute of Electrical and Electronics Engineers does, but the non-profit organization owns the trademark for the term “Wi-Fi” and acts to govern quality standards and certification testing for an improved consumer experience. If you see the “Wi-Fi Certified” logo on a product, you’re seeing its stamp of approval.

If you read over the names outlined in the previous section and thought “But wait, why did it go A, B, G, then back to A-something again? And soon B-something?” you’d be having the same reaction to the naming conventions as millions of consumers.

In light of that in 2018, the Wi-Fi Alliance announced a new naming convention to coincide with the rise of the next Wi-Fi standard. The standard wasn’t announced as 802.11 + a letter spaghetti, but as Wi-Fi 6 (which was, formally in the IEEE documentation 802.11ax).

The announcement was also retroactive and stated that the number-based generational model would apply to 802.11ac (Wi-Fi 5) and 802.11n (Wi-Fi 4).

By 2018 their time in the limelight had long since passed and in the case of 802.11-1997, there had never been commercial adoption in the first place.

Going forward you’ll still be able to find the 802.11 designation in the fine print if you want to look closely at the box and documentation, but the number-based designation for Wi-Fi generations is here to stay. And, of course, whether it’s Wi-Fi 6, Wi-Fi 6E, Wi-Fi 7, or beyond, we’ll be here to break it down and talk about what the new generation means for you and your house full of wi-fi devices. 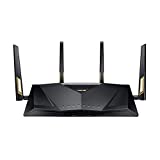 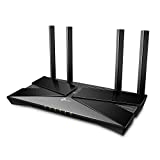 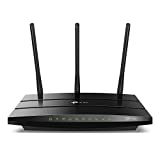 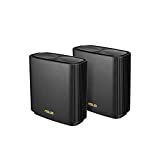 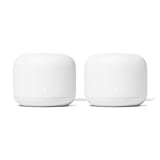 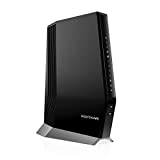 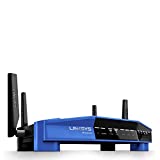 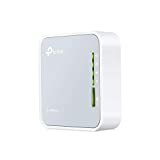 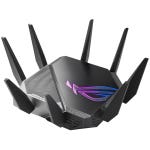