Way back in 2015, Microsoft promised that Windows 10 Settings will eventually supersede Control Panel, but the Control Panel is still a very important part of the operating system.

Ever since the launch of metro-themed Windows 8 users have had to deal with two separate ways to control settings. One is the Control Panel, which is based on Microsoft’s legacy components and Win32, and the other is the new modern PC Settings, which is good enough for personalization.

With Windows 10 October 2020 Update, which is now rolling out to users, Microsoft is killing off Control Panel’s System page. If you right-click ‘This PC’ shortcut and open Properties, Windows will now direct you to the Settings app.

This is not a big deal, but it’s believed that Microsoft is taking steps to address the disparity and retire the Control Panel, in lieu of the modern alternative.

Microsoft said that it will replace the System applet in Control Panel with the modern Settings app, but it turns out that Microsoft is still unable to get rid off the legacy components completely.

Microsoft hasn’t removed the Control Panel System applet yet and it’s still integrated into Windows 10. In fact, you can bypass the forced redirection to the modern Settings app and access the system applet in Control Panel again. 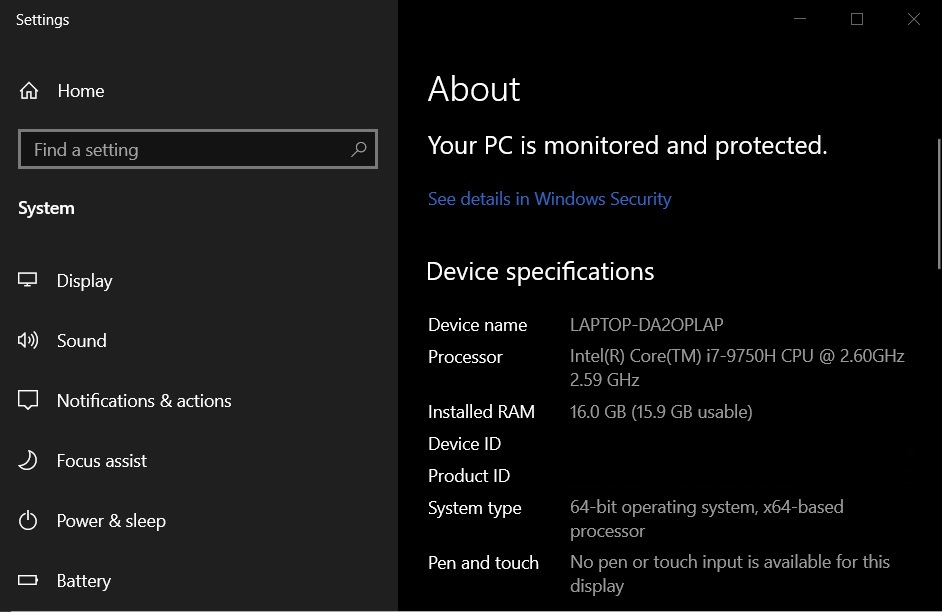 If you manually navigate to Control Panel and click on ‘System’, Microsoft will open the Settings app instead, but you can access the old legacy menu by following the above steps.

Or you can also paste “Control PanelSystem and SecuritySystem” in the address bar to access the legacy menu.

Apparently, there’s no easy way for Microsoft to remove all the legacy components. For now, the company is only trying to hide legacy options to streamline the settings experience.

In fact, it’s very likely that we’ll see more Control Panel pages going away in favour of the modern replacements, but Microsoft is not going to remove the pages completely and these tricks will always work.

The post Windows 10 hides one Control Panel feature, but you can still access it appeared first on Windows Latest