According to the newest support page, some PCs with Thunderbolt NVMe SSDs have got a compatibility hold.

The issue also affects Windows 10 version 2004, the older release of Windows 10. If you will try to upgrade the OS on a device that is now under the upgrade block, you will end up with the following error: 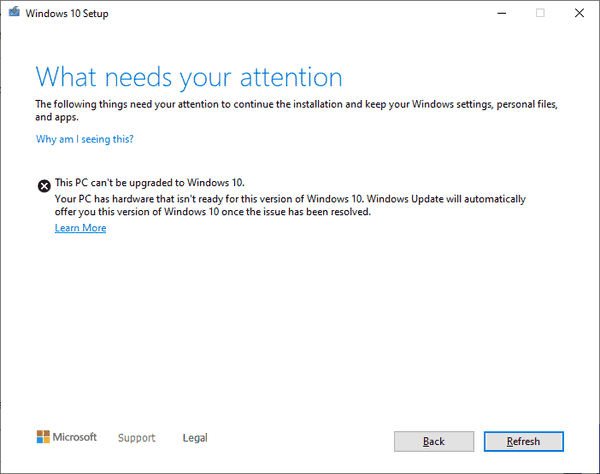 Microsoft and Intel are working on a resolution for this issue. It should become available soon.

Additionally, Microsoft advises users not to bypass the upgrade block/safeguard hold, and it also advises against manually installing the above versions of Windows 10, as it won’t work as expected anyway.