Right on schedule, Microsoft has released its weekly build of Windows 11 for Windows Insiders, this time bringing us build 22598. As we’ve seen with the last couple of builds, this one is available to Insiders in both Dev and Beta channels. We expect this to change in the next couple of months, as the Dev channel should move to the next development cycle – if you haven’t yet, make sure you’re in the Beta channel so you can get back to a stable version of Windows 11 without resetting your PC.

Windows 11 build 22598 doesn’t include a whole lot of changes – and no, File Explorer tabs are still not here officially. However, it includes some smaller tweaks. For clean installs and upgrades on PCs that have the default background, Microsoft is experimenting with enabling Windows Spotlight by default. This delivers new wallpapers every day, along with the ability to learn more about the pictures displayed. For users with 4K monitors, Microsoft is also trying out 4K pictures for Windows Spotlight. Both of these experiences are only available so some Insiders, so you might not see them right away. 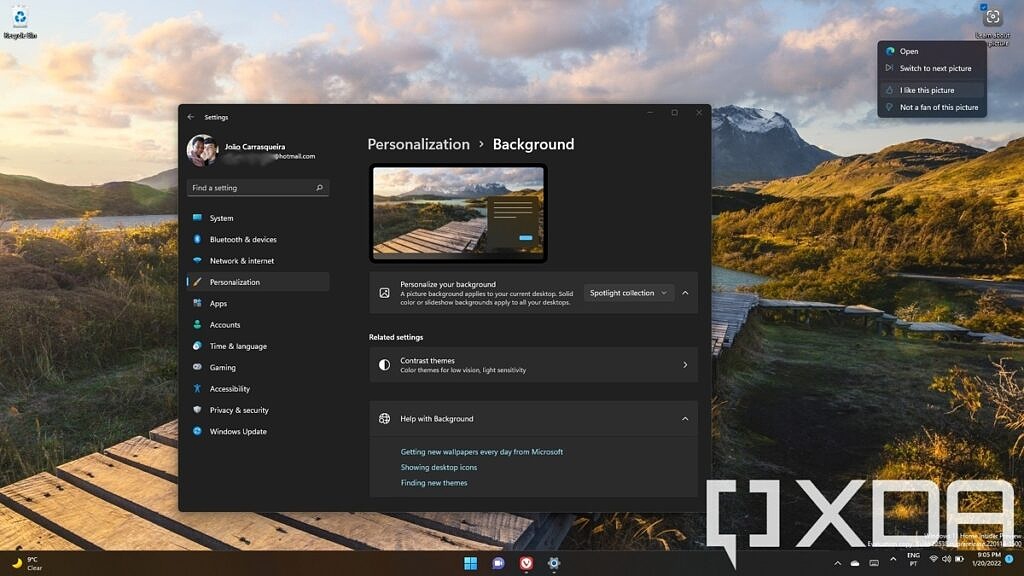 Microsoft is also making it so that the Get Started app is automatically launched after an upgrade in order to help users get to grips with the OS. This is also being tested with just a handful of Insiders, so it won’t affect everyone.

The only other notable change is that the tooltip that appears when hovering the mouse over the volume icon on the taskbar will now tell you if you’re using spatial sound.

Aside from these changes, Windows 11 build 22598 mostly consists of fixes, and there are a ton of them here. This makes sense because these builds are coming to the Beta channel, and they’re preparing the next major Windows 11 release, which is likely just a few months away now. The focus is on polishing the experience now, so we might not see a ton of new features added.

Fixes and improvements in Windows 11 build 22598

Another big piece of news is that this build is available as an ISO, so you can use it to clean install Windows 11. You can find the ISO on the Windows Insider downloads page, as per usual.

If you’re in the Dev channel, Microsoft is also rolling out an update to the Windows 11 Media Player app starting today. This includes a new view for the artist page, so you can choose to see their album covers in a grid or a list of songs grouped by album. There are also new quick actions for albums, artists, videos, and playlists when you hover over them. Microsoft says it’s also working to improve support for very large music libraries. 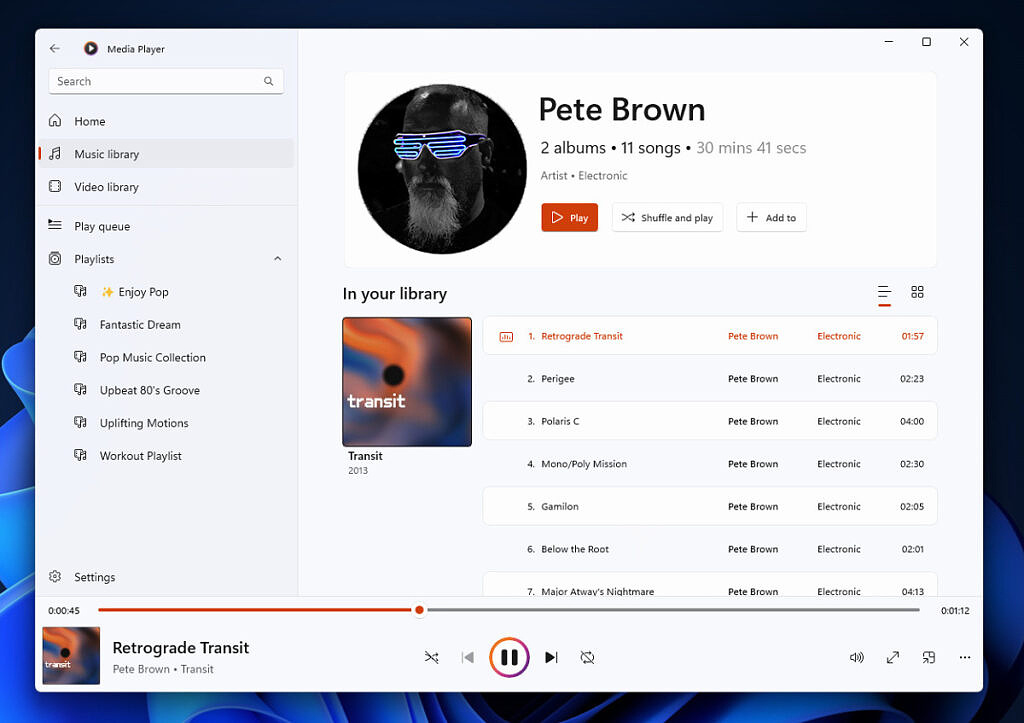 This new version of the app also lets you adjust the brightness and contrast of a video in real-time. If there’s a particular video that’s a little too dark or if something looks off, these features can make it easier to improve the overall quality without needing any special software.